This week at CTIA in the second full day’s Keynote series, John Riccitiello has been introduced as not only the current CEO of Electronic Arts, but as a frequent participant in CTIA and the whole mobile world as well. He began speaking on how Electronic Arts would be a proponent of innovation and change in the mobile industry with games, of course. Showing an intense series of images in rapid succession with maddeningly loud dance music, he showed essentially how EA games has not just a few, but an absolutely giant amount of games out at the moment with mobile potential.

EA Games make games that “can make or break consoles” noted Riccitiello, “we were number 1 for iOS in 2011 as the highest growing publisher on the app store” and “it’s a little harder to gauge how we’re doing on Android, but we think we’re number one there too.” Speaking on how the average mobile user spends 46 minutes a day playing games and 16 minutes talking, he pushed the power of games with several statistics that also included the fact that games are the number 1 monetization tool for Facebook and comparable social networks around the world. 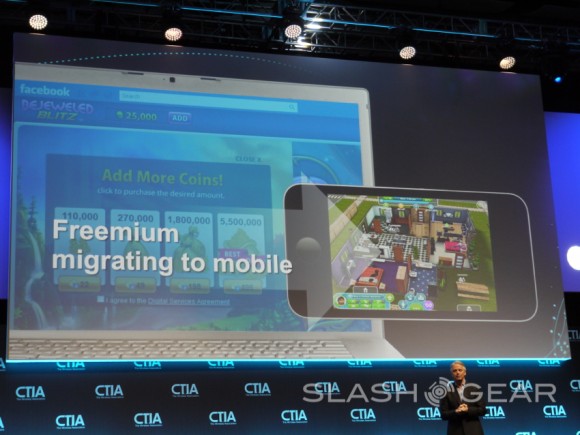 Projecting the future of mobile gaming to be a $44 billion dollar industry by 2014, Riccitiello noted that the in-game payment system of “Freemium” is playing a giant part in this move. “Freemium is taking the mobile world by storm” noted Riccitiello, with “ten times the number of mobile platforms than there are gaming consoles” making this a heavily lucrative business. All of this will be pushing a future where the fact that pushing a CPU to any device creates an environment where gaming can exist – and where “games will dominate” as he says. 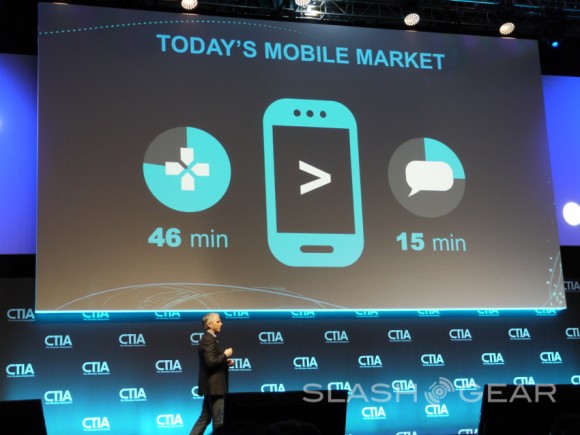 The future is in television, once again, he says, as TVs gain CPUs that work to create a smart environment and the gaming industry pushes their fabulous brands across any and all platforms they can work with. “YouTube didn’t destroy television and mobile gaming will not kill the console” said Riccitiello, promising that it wont be one or the other that wins, but both. 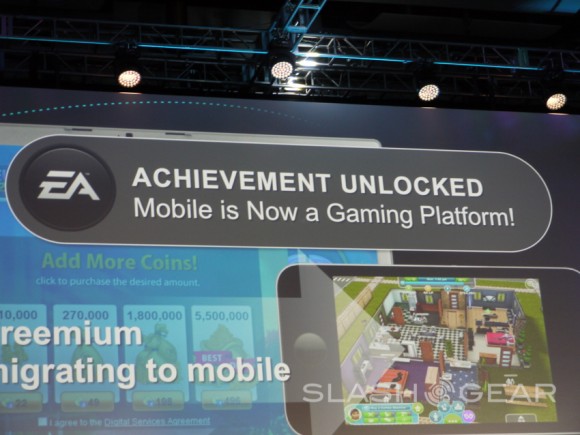 The best example of this may well be FIFA Soccer and the EA Football club. EA games notes that they’ve currently got FIFA running strong on 13 different gaming environments. That’s an achievement that speaks to the future of gaming as well as brand power, without a doubt. 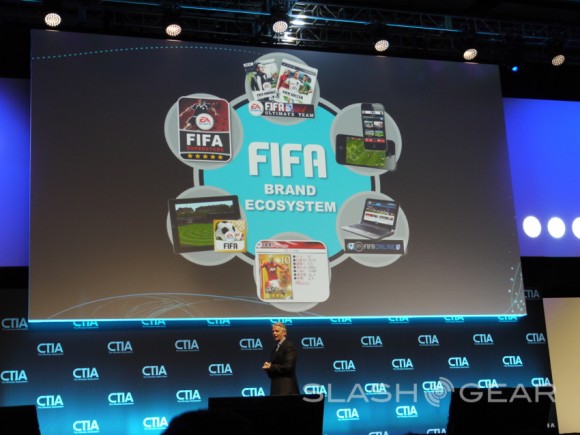 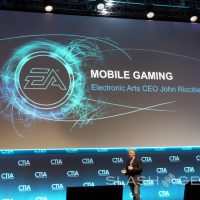 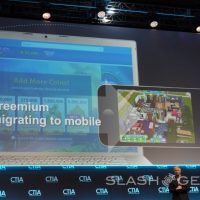 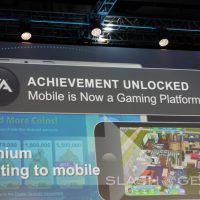 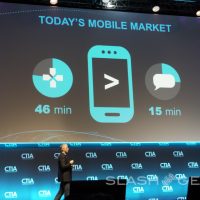 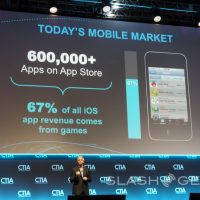 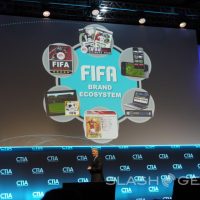