Dyson wants to solve the drunken vacuum cleaner problem, and the British appliance company believes a big ball is the way to do it. The new Dyson Cinetic Big Ball promises, like a Weeble, to self-right if your over-enthusiastic cleaning ministrations make it topple over in the line of duty.

Traditional canister vacuums, the company argues, can be naturally prone to falling over if you pull them by the hose in too aggressive an angle. 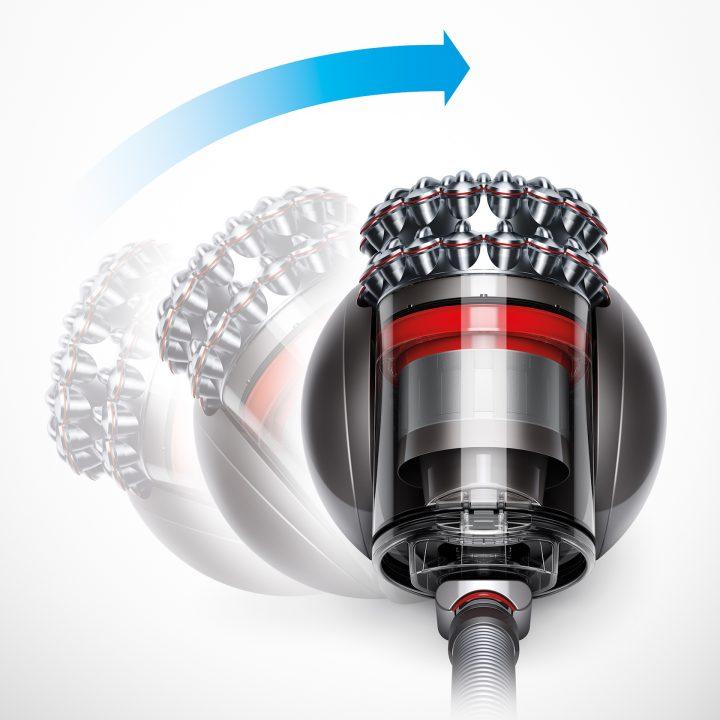 In contrast, the Cinetic Big Ball does two things to prevent that. First, all of the components are fitted into the large ball assembly at its center: that way, it can pivot on the spot no matter what angle you pull at it from.

Second, those components have been stacked with the most heavy at the bottom. That keeps the vacuum’s center of gravity low, so that – like the classic Playskool toy – if it does get toppled, it should automatically re-right itself.

If it sounds simple, don’t be deceived. Dyson apparently spent two and a half years – and made more than a thousand prototypes – getting the Cinetic Big Ball’s design right, then put it through 900 individual pickup tests with nearly 4,000 pounds of test dust. 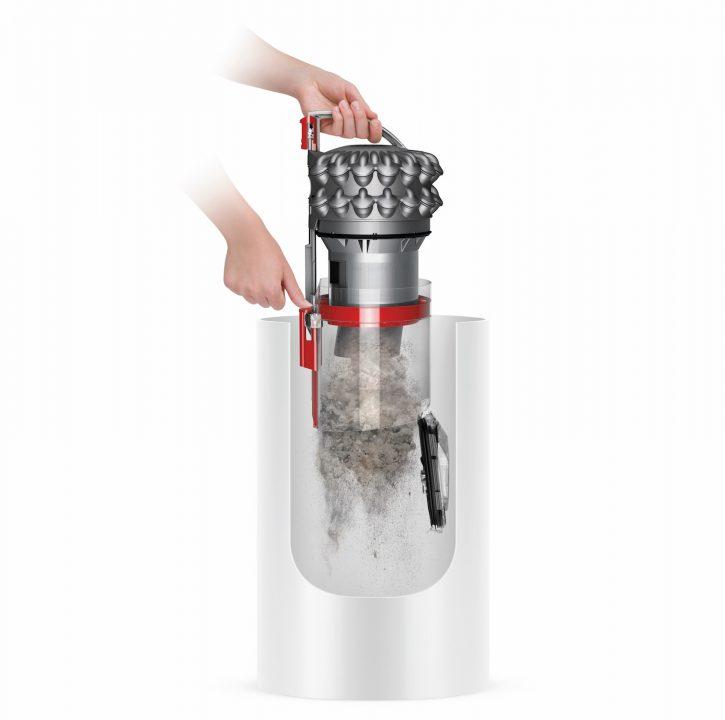 An articulated handle – with three-way rotation – is atop a 49.2-inch extending wand, with a carbon fiber turbine floor tool that auto-adjusts to different surface heights. The tool release switch has been repositioned too, now on the tool itself for one-handed removal.

It’s bagless, as you’d expect from a Dyson, but packs a new dirt ejector system that includes a silicon collar that brushes out any stubborn dust or fluff. Dyson claims that, thanks to its cyclone system, the filter need never be washed or replaced because the 180 mph airflow is fast enough to shake any particulates loose.

A chemically-etched stainless steel shroud, punched with 250 x 250 micron holes, is partially responsible, and together with the rest of the cyclone system can filter out anything from 0.3 microns in size.

The Dyson Cinetic Big Ball goes on sale online from today, and will show up in stores from September 18. It’s priced at $599.99. 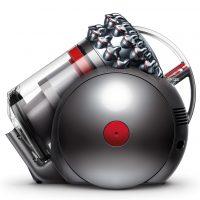 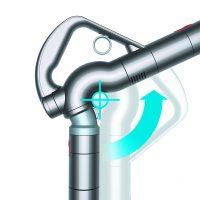 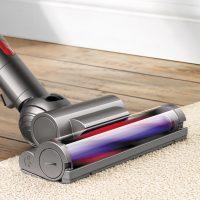 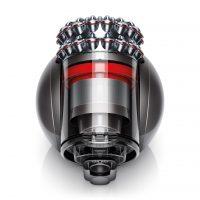 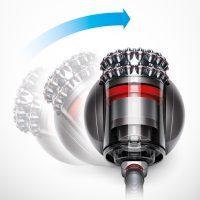 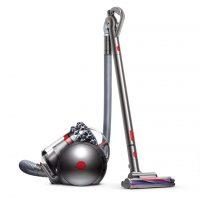 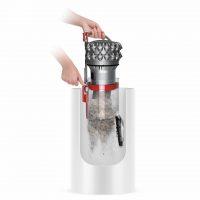