Dyson’s sculptural air purifiers are getting a new model, with the new Dyson Pure Cryptomic adding formaldehyde removal to their talents. Tucked inside the cylindrical body is a new catalyst panel, which Dyson says can take harmful formaldehyde and convert it into harmless water and carbon dioxide.

Compared to smog, cooking smells, and other particulates, formaldehyde might not be on your list of home or office air worries. Turns out, it’s actually surprisingly prevalent indoors, since it’s off-gassed from a variety of sources. Furniture, air fresheners, electronics, cleaning products, and more can all release the colorless, odorless gas.

As for why you don’t want it in your home, Dyson points to US EPA research suggesting it can trigger ear, nose, and throat irritation, or even – albeit at sufficiently high levels – some cancers. Enter, then, the Dyson Pure Cryptomic. 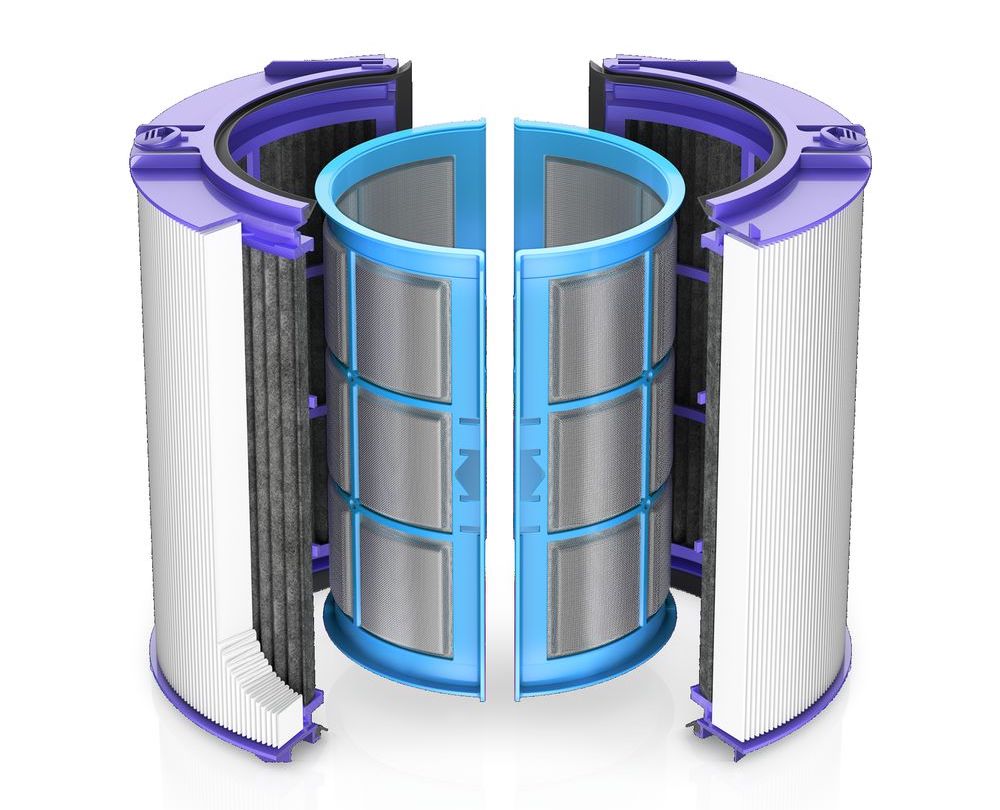 There are four models in the line-up, two colors each of the Dyson Pure Cool Cryptomic and the Dyson Pure Hot+Cool Cryptomic; the former is a fan only, while the latter can also operate as a room heater. Each uses the same particulate filter as the previous Pure models, which the company says can capture 99.97-percent of allergens and pollutants, as small as 0.3 microns. This HEPA filter is designed to trap things like bacteria, pollen, and mold spores, while a redesigned activated carbon filter snags odors, domestic fumes, and gases like nitrogen dioxide and benzene.

New, though, is the catalyst panel. It’s made up of billions of tiny tunnels which are shaped to trap formaldehyde; an oxygen rich surface coating then breaks the gas down into CO2 and water. Dyson says that, over the course of a typical day, you’re talking about 20,000x less water and carbon dioxide than a mouse would breathe out. 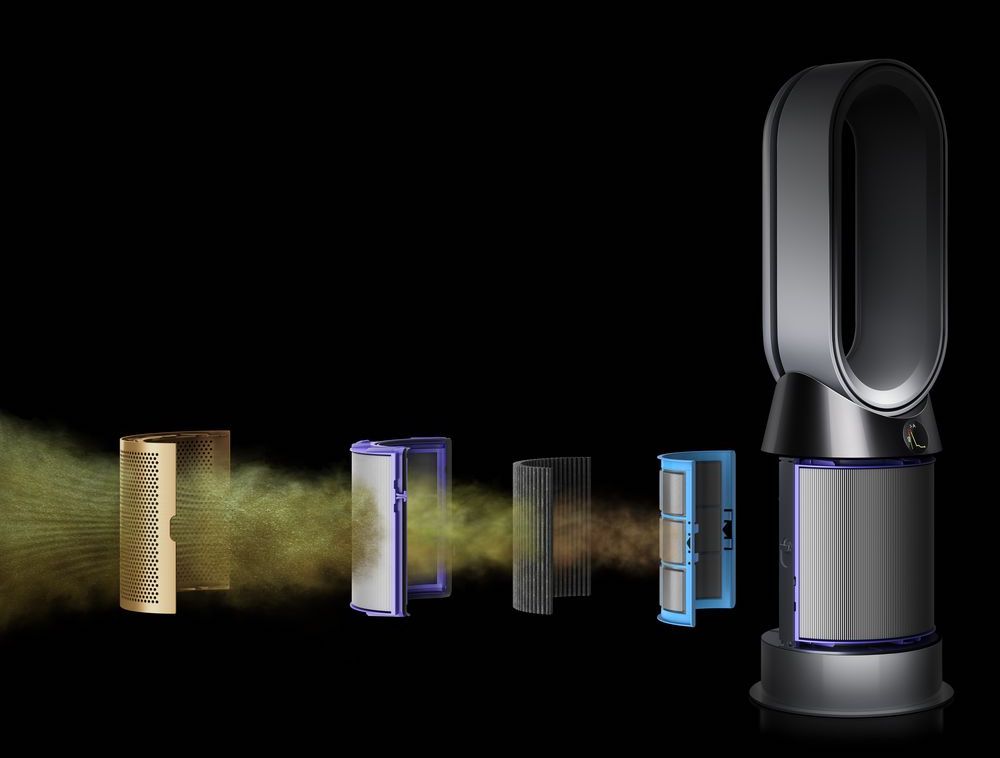 While the HEPA and carbon filters need replacing roughly every twelve months, the formaldehyde catalyst filter lasts the lifetime of the purifier itself. You’ll be able to track the health of the filters through the Dyson app, as well as seeing readouts on the current air quality; there’s also a display to show the essentials on the front of the purifier itself.

For Dyson, though, formaldehyde’s problem isn’t just its potential health impacts, it’s how tricky it is to measure. The new purifiers’ sensors can detect it, but for the moment the results are simply included into the overall air quality rating of the room rather than broken out as a separate number. “We cannot be confident enough to display an absolute level of formaldehyde,” Dyson’s Jake Read, a design engineer on the Pure Cryptomic project, explained to me. 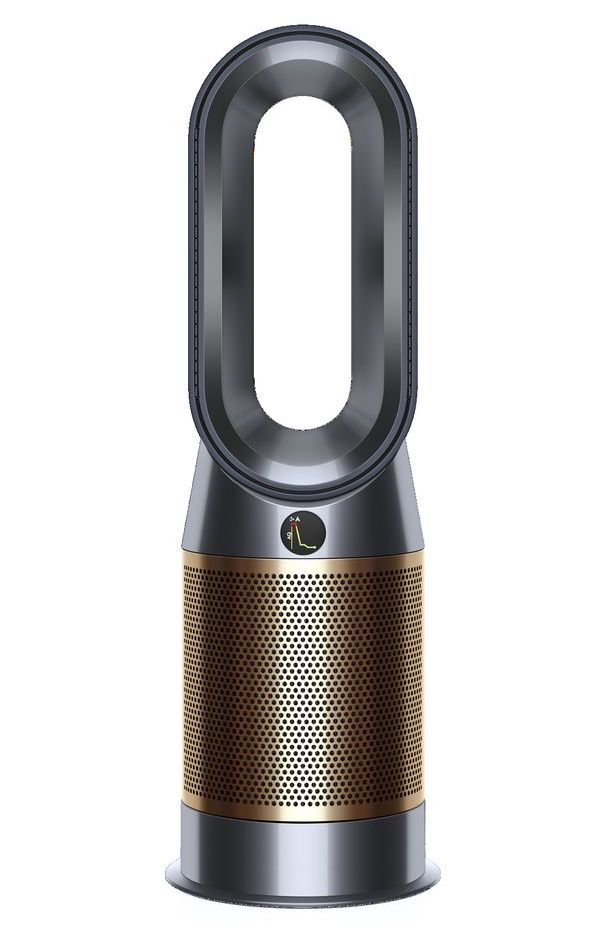 You’ll have to take the Cryptomic’s word for it that the formaldehyde is being broken down, then, though you’ll certainly be able to feel the airflow. The purifier oscillates, as well as using Dyson’s Air Multiplier technology with a directed-air fan mode and a diffuse mode that cleans the air in a quieter, more discreet way. You can control that via the bundled remote – which magnetically stores on the top of the fan – or through the app, which also shows history air quality levels and integrates with Alexa.

The Dyson Pure Cryptomic purifiers are available now, priced at $649.99 for the fan-only model, or $749.99 for the Pure Hot+Cool version. Each will be offered in white/gold and gunmetal/bronze.