Dyson has revealed its latest product, the Corrale hair straightener, and as you’d expect from the company it’s a new – and not exactly inexpensive – twist on a familiar beauty appliance. The Dyson Corrale uses flexing heat plates, which the company says can shape to gather the hair as well as use less heat than other flat irons.

That latter part is important, because heat damage to hair is arguably the biggest problem with traditional hair straighteners. They typically get to temperatures in the region of 365 degrees Fahrenheit, which can make for sleek hair but also damage it in the process. 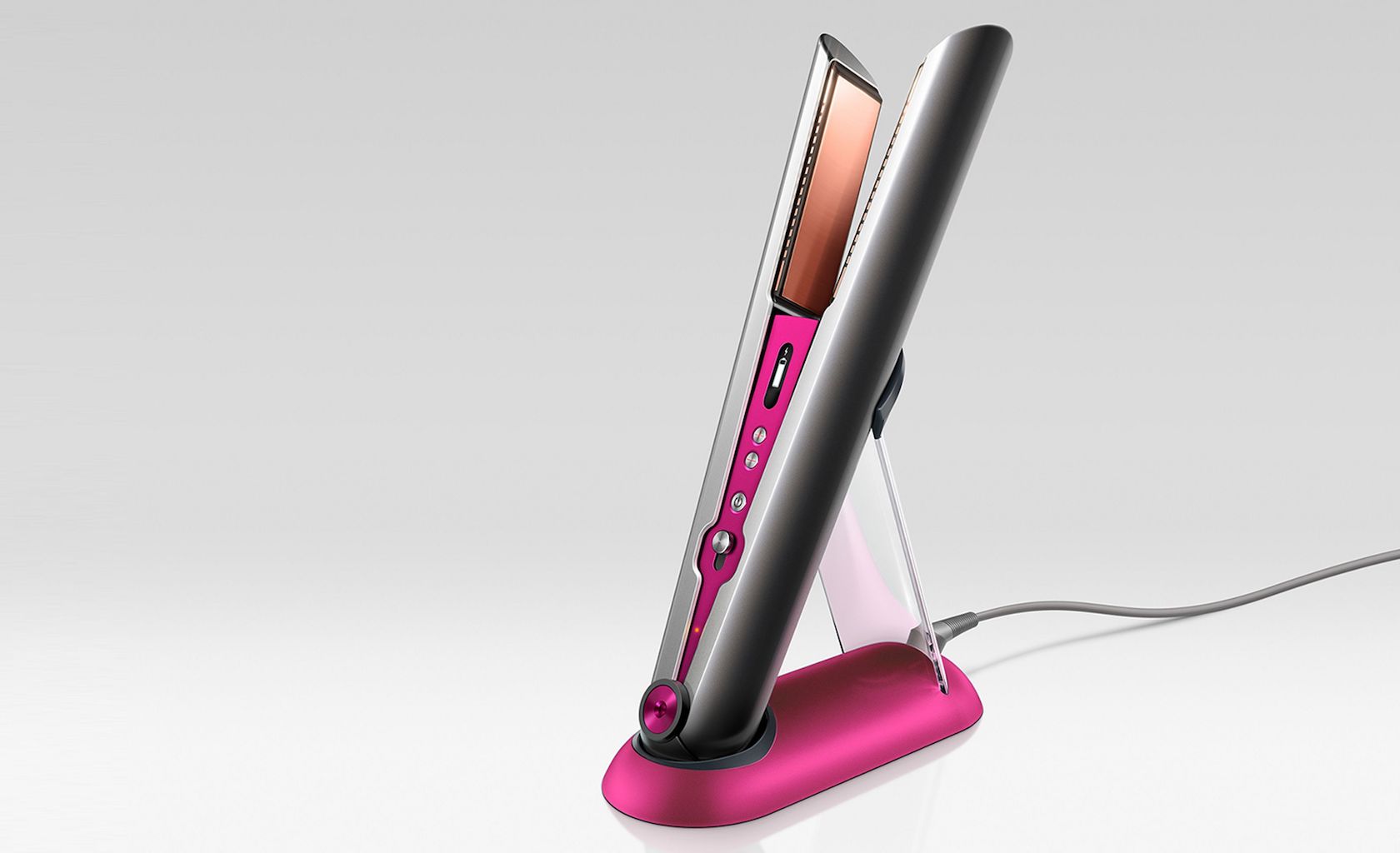 Dyson says its Corrale system can also get to 365 degrees, or 410 degrees if you want to push it even higher, but it starts out at 330 degrees. “The optimum temperature for styling will depend on your hair type and the style you are trying to achieve,” the company explains. “Damage from extreme heat increases with the amount of heat you apply to the hair.”

It also claims to have more consistent temperature control. “Dyson hair scientists found that although temperature settings are present across the majority of conventional straighteners, the real time temperature being delivered from the plates can fluctuate significantly as the elements within the straightener respond to power source,” the company said. 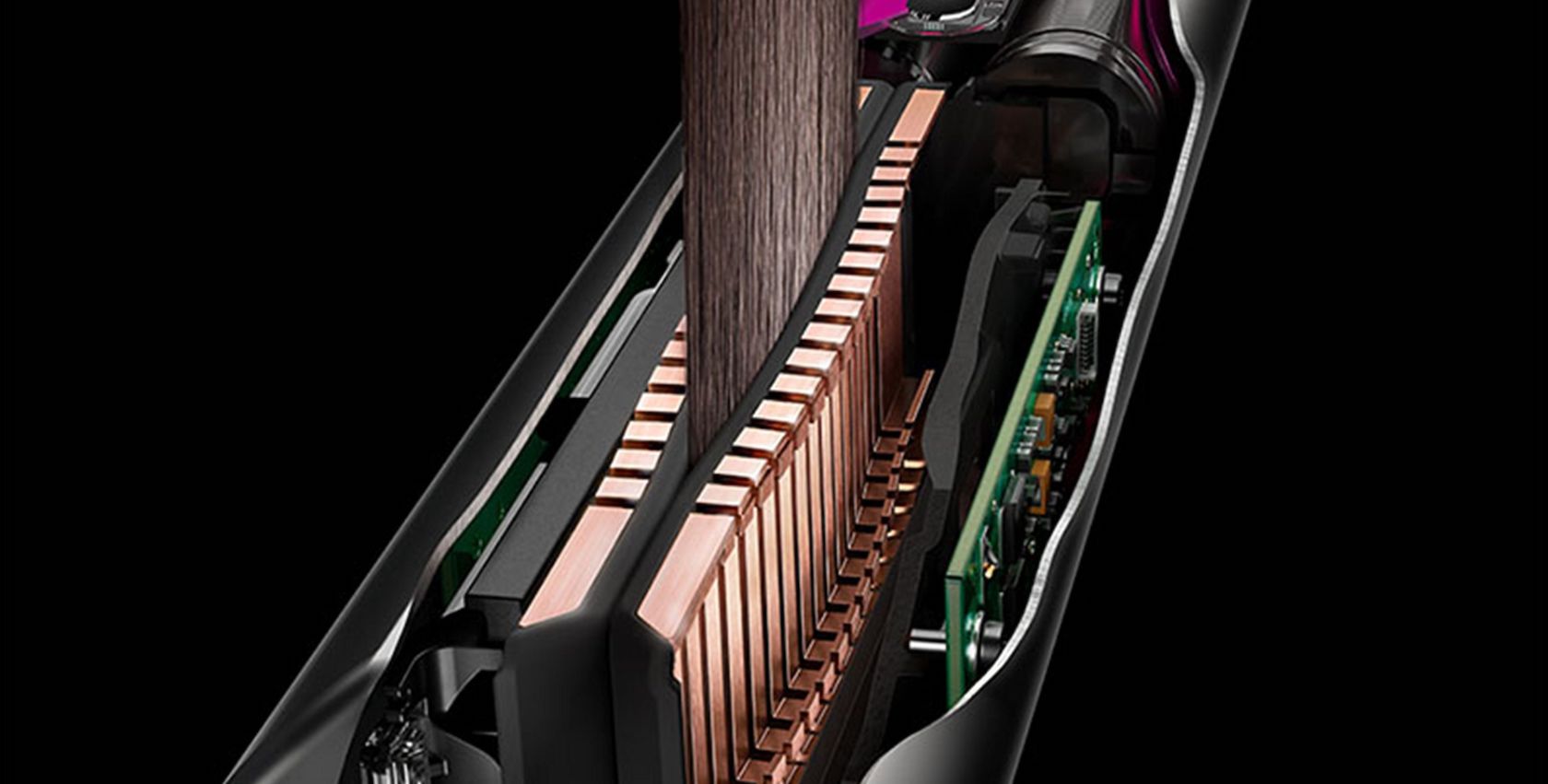 Each of the plates have 15 micro-hinged segments, which allows their manganese copper alloy surfaces to maintain better contact. It should mean that, even if you grab a chunk of hair of inconsistent width, the Corrale should be able to maintain an even pressure across it. That means some areas won’t get more heat and others less.

Unlike most rival – and cheaper – hair straighteners, Dyson has opted for a cordless system. The Corrale docks into a charging base, and a full charge is good for up to 30 minutes of use, the company says. Recharging the 4-cell lithium-ion battery takes 70 minutes, and there’s a “Flight-ready” feature that disconnects the battery so that it’s permitted on airplanes (though not, it’s worth noting, if you’re flying through Japan). If you need to use it for an extended styling session, there’s a magnetically-attached power cable that can be used instead. 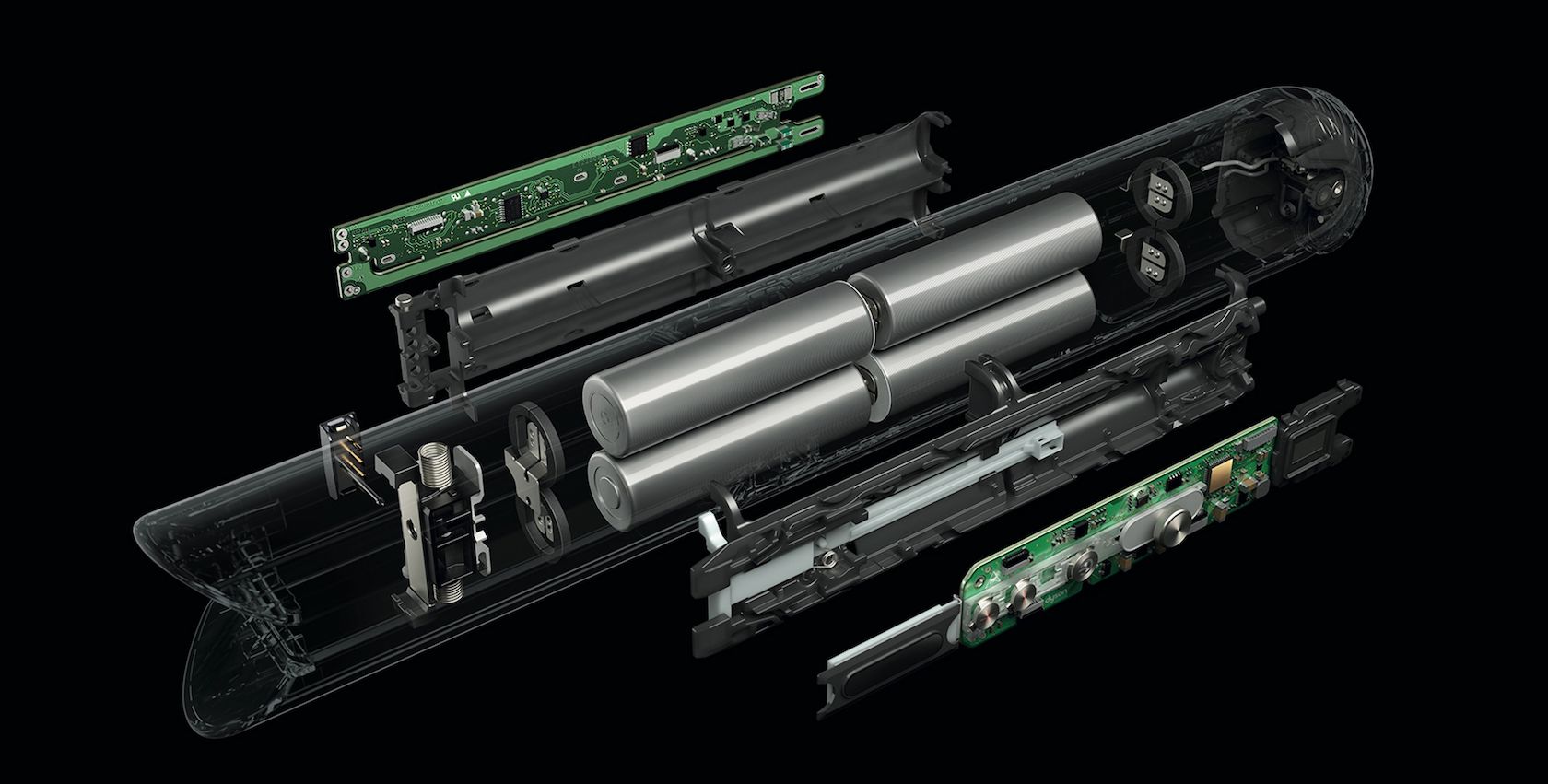 As for the design, that follows a familiar theme. This isn’t Dyson’s first ride on the hair-care rodeo, and the Corrale has the same flash of color as the Airwrap hair styler and Supersonic hair dryer.

Like those, it also carries a hefty premium over rivals. There are two color versions – Black Nickel with Fuchsia and Purple with Black – and each is priced at $499.99. Orders will ship later this month.