It’s time to do battle. The DROID Turbo and the Moto X (2014 edition) are ready to rumble in the Camera jungle. What you’re going to be seeing here are two devices that are both being carried by Verizon right this minute, both of them made by Motorola, both of them positioned as heroes and headliners. They’re very similar – but there can only be one king. Will it be the Moto X with a 13-megapixel camera at its back, or the DROID Turbo with 21-megapixels on its rear?

While it might at first seem to make sense that the DROID Turbo replicate the specifications of the Moto X (2014), it actually doesn’t. Instead, Verizon and Motorola have opted to take on the Nexus 6 – display, processor, RAM, and storage are the same on these two devices. The Moto X (2014), though, its a bit lower on the totem pole. 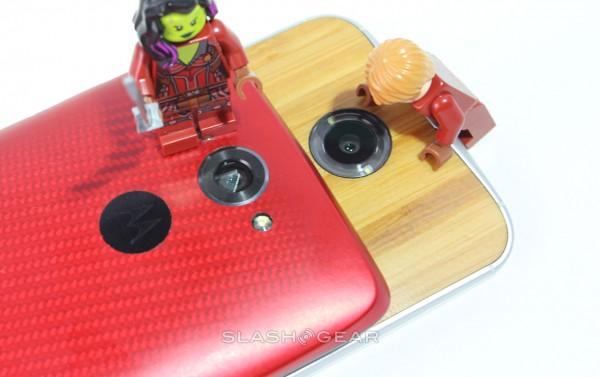 The DROID Turbo has a 21-megapixel back-facing camera while the Moto X has a 13-megapixel camera. The more megapixels you have, the larger the photo you can shoot. Does this mean that one camera can take photos and video better than the other? Absolutely not.

The DROID Turbo has a Qualcomm Snapdragon 805 processor while the Moto X has an 801. This CAN affect the image quality of photos and video since the processor does do some of the work. 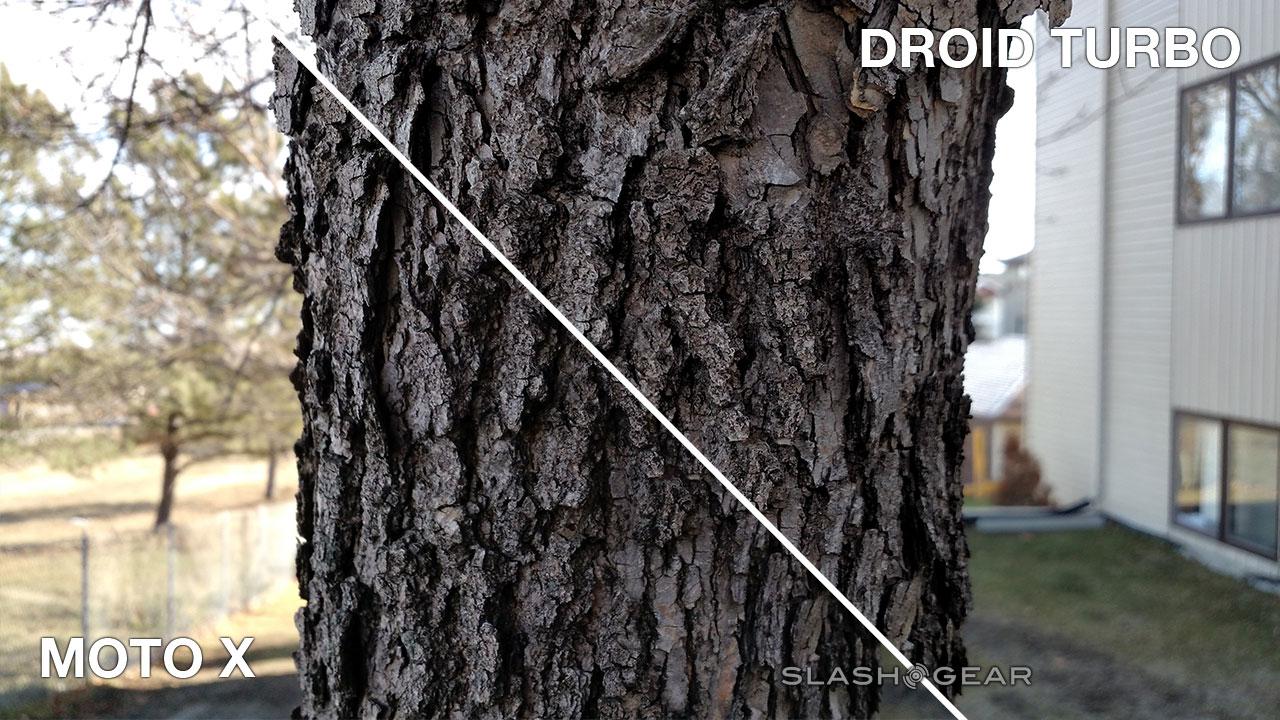 First you’ll see a close-up of a tree on a sunny afternoon in the shade. This demonstration shows how both cameras are pretty close to equally matched in an ideally lit, close-up situation. 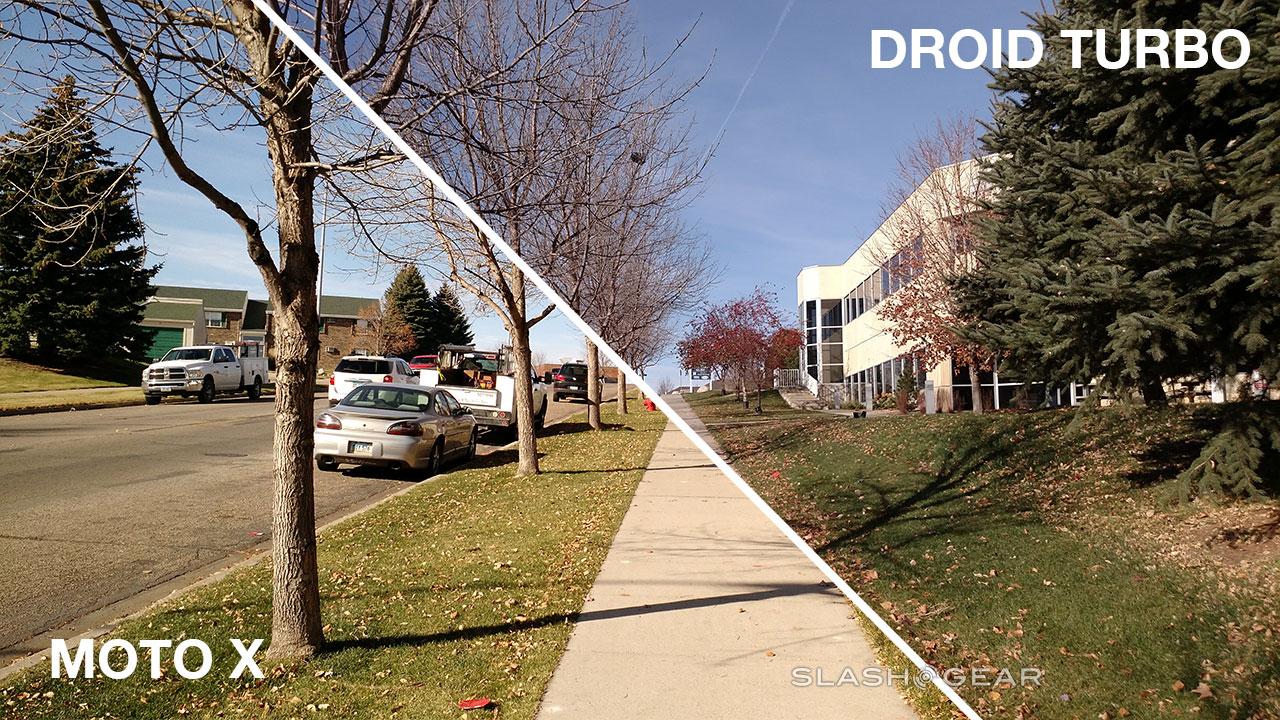 Next you’ll see a sidewalk in the sun on the same day. Here you’ll begin to see some differences between the two cameras. On the left you’ll find that the Moto X (2014) brings a slightly more warm picture to the party, while on the right, the DROID Turbo does a slightly better job of keeping everything cool – closer to accurate, in this case. 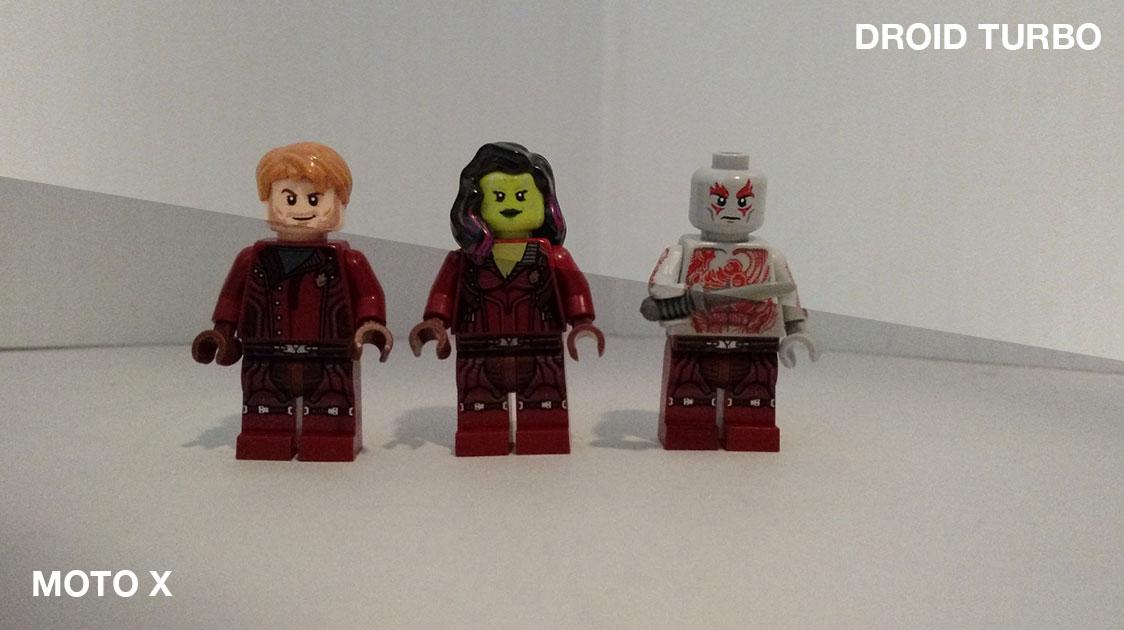 The photo above captures three members of the Guardians of the Galaxy LEGO team in less-than-optimal conditions. Indoors in a white photo box, yes, but with only standard room lighting – 10 feet away from the subjects or so, room lighting, not meant for photos. You’ll see the DROID Turbo handling the situation just a TINY bit better.

The video test here shows the same sidewalk in the same conditions as above, filming with both phones at once. You’ll once again see that the Moto X is a bit warmer than the DROID Turbo. We’d call the DROID Turbo more accurate once again.

This is not the end! We’ll continue to add camera tests above so long as you keep asking for them! Let us know what you’d like us to photograph in what conditions, and please feel free to suggest additional battles with different devices as well!