The Droid Bionic is set to launch on September 8 and in the days leading up to the release, eager fans will get a chance to win their own Droid Bionic by participating in a scavenger hunt. The event was just initiated yesterday on DroidDoes.com and @DroidLanding, but today the augmented reality app required to follow the clues has been released. It’s called ARena and can be downloaded from the Android Market.

The scavenger hunt will start in just over two days, so you still have some time to download the app and get prepared. To start, you should read all the details and instructions on DroidDoes.com and watch the below video to get an idea of what’s involved. You’ll be running around town with your current Android device with the ARena app installed trying to find hidden prizes nearby. 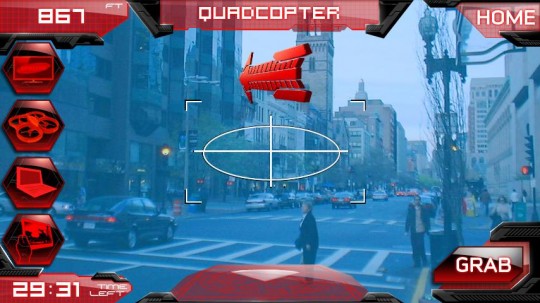 The prizes include 16 Droid Bionic handsets, four 40-inch LED HDTVs, four Motorola XOOM tablets, four laptops, and four video-streaming Quadcopters. You will have 30 minutes per game to track down a prize and you can play up to 48 times a day for the four days of the scavenger hunt. There will be a total of 16 winners with four from each day, so good luck!