Cadillac may have launched Super Cruise, but it’ll be GMC which launches the hands-free driver assistance tech into the heart of the mass market when it arrives on the new 2022 Sierra pickup. Not only will it feature the same on-demand lane change feature but, as I found behind the wheel of a prototype 2022 Sierra this week, a new automatic lane change option that promises to make highway driving even more relaxing.

I can’t tell you much about the new 2022 GMC Sierra. For a start, the pre-production trucks I tested were heavily camouflaged; even what little I could glimpse underneath isn’t final, GMC insists. We won’t see that until later this year.

However the latest iteration of enhanced Super Cruise it’ll offer was all-present and correct. It’s based on the same sensors – and the same underlying “VIP” platform – that the enhanced version of Super Cruise in the new Escalade relies upon, albeit with some tweaks in their positioning given the different shapes and sizes. 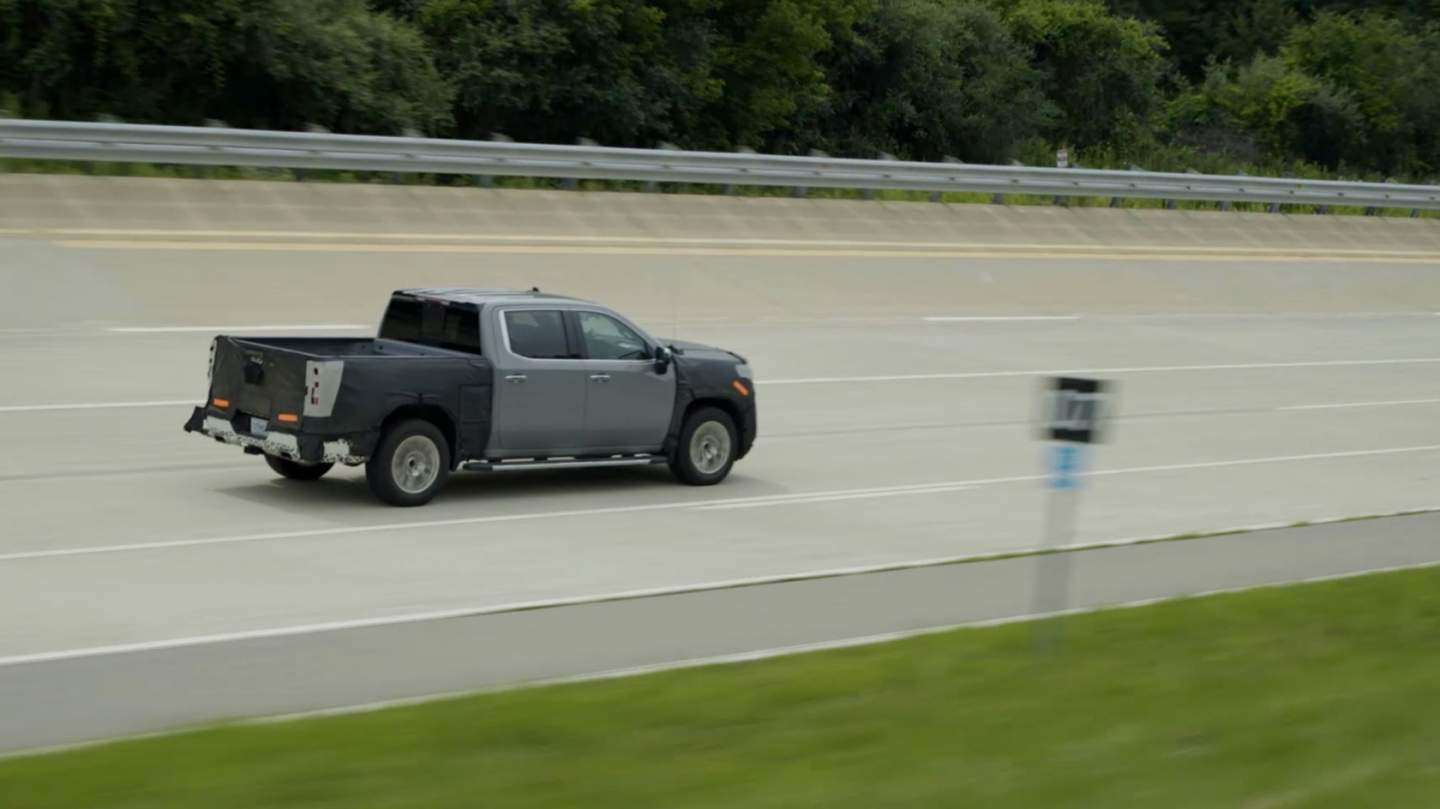 That includes the steering column-mounted driver camera, which tracks where the driver is looking to make sure they’re paying sufficient attention to the road ahead. Thanks to that, unlike most adaptive cruise control systems, you can let go of the steering wheel altogether. Look away for too long, though, and the light bar integrated into the steering wheel will flash to grab your attention; keep ignoring the road and Super Cruise will shut off altogether.

GM added lane change on-demand when it launched the Escalade, though the system relies on you telling the SUV when you want to switch lanes. Tap the turn signal and Super Cruise watches the adjacent lane, pulling across when there’s a sufficiently large gap, all without the system disengaging. In contrast, Super Cruise as it was originally launched would switch off so you could change lane manually, and then resume once you’d re-centered in the new lane.

Automatic lane change builds on the Escalade’s talents, with Super Cruise now able to decide when to switch lanes based on the speed of the vehicle ahead. If you’re cruising at 70 mph, but someone ahead is dawdling at 60 mph, the Sierra can automatically make the decision to overtake.

It relies on the same logic as the manually-activated on-demand lane changing, using the front, rear, and side sensors to spot a suitably sized gap for the pickup, and longer-distance radar to make sure there’s not a fast-approaching vehicle closing fast. That way, Super Cruise doesn’t inadvertently cut someone off. It can speed up, or slow down, by a few miles per hour to try to find that gap if there’s a vehicle blocking the adjacent lane.

As with previous iterations of Super Cruise, there’s a few minutes of weirdness as the Sierra weighs in, but you very quickly get comfortable with the system at work. Exactly when the automatic lane change kicks in depends on the speed of the vehicle ahead: if you’re just a little slower, it probably won’t happen. You can, of course, cancel a lane change if you don’t want it to be carried out, and deactivate that part of the system altogether too.

Honestly, it’s the obvious feature that Super Cruise was missing. The technology is one of those things that you need to experience to properly appreciate: there’s a gulf of difference between needing to have a hand on the wheel to reassure adaptive cruise control you’re still engaged, and being able to take your hands off completely. Current Escalade owners will be pleased to hear that they’ll be getting the new automatic function in an over-the-air (OTA) update. However, GMC is also introducing a second new Super Cruise feature on the new Sierra.

Super Cruise trailering support allows the system to work even if you have a trailer hitched to the back of the pickup. It’s a somewhat pared-back version, mind: there’s no automatic or even on-demand lane changing. That’s because, though Super Cruise is smart enough to know that there’s a trailer or something else on the back, it doesn’t know how long or wide that is. Nor does it have the sensors onboard required for the more advanced features.

Nonetheless, I can see it being a popular feature with those who tow things reasonable distances. Some of the logic around acceleration and corners has been tweaked, such as to make sure you’re going a little slower in the turns, though the driver attention system is the same as normal. 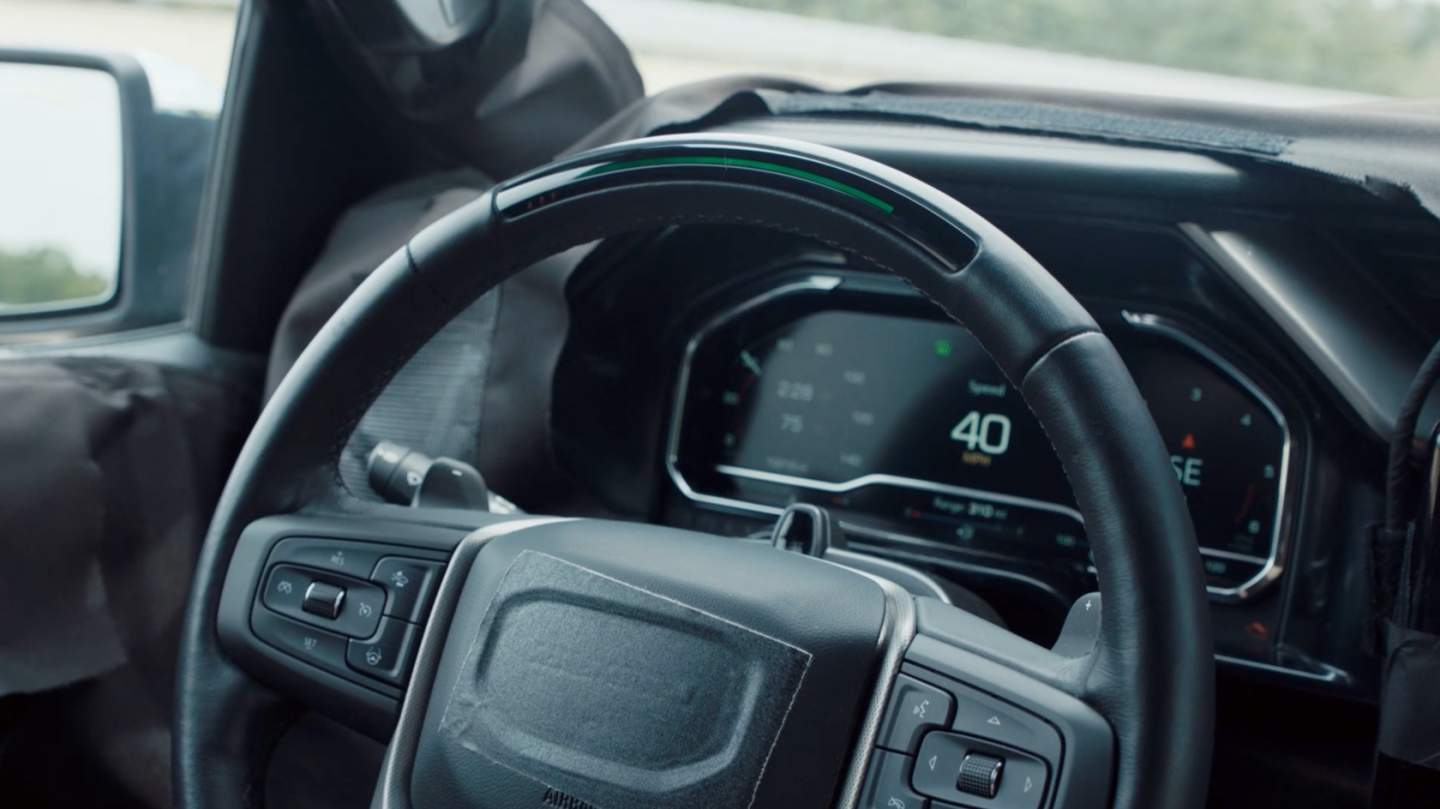 For GMC, it’s an opportunity to headline one of the jewels in GM’s technology crown. It’s also a reflection of just how important Sierra is. The pickup is on its way to a third straight year of record sales; “Sierra is the backbone,” Phil Brook, VP of marketing at GMC, says, “and quite honestly it’s the star of the show when it comes to GMC.”

It also presents a new challenge, of course. Not only are advanced driver-assistance systems such as Super Cruise often misunderstood – see, for evidence of that, the number of people who still confuse Tesla Autopilot for actual autonomous driving – but trying to explain them in a dealership situation can be difficult. According to Brook, GMC will have a comprehensive training package for its sales team, and it’ll be pushing them to take potential buyers on test drives so that they can actually experience the system for itself.

After that, though, he’s confident Super Cruise will be a hit. “Our customers like to check all the boxes,” he points out, and indeed average transaction prices have been rising this year particularly. They’re up 13-percent in the first half of 2021, with the average price being over $51,000 for a GMC generally. “We see more room at the top end of the market,” Brook adds, though we’ll have to wait to find out more about the new high-end Sierra that sits above even the luxury Denali trim. 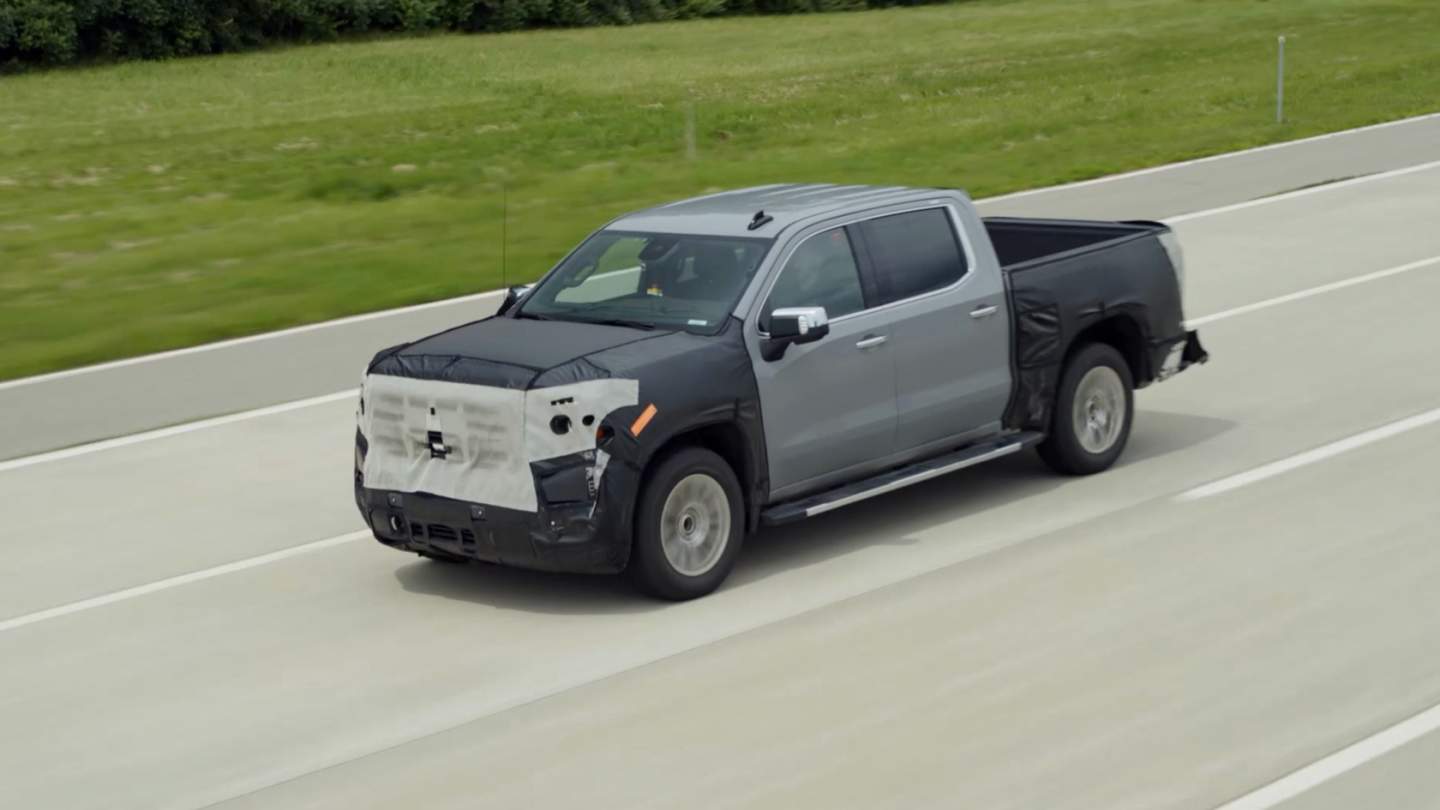 Pricing for Super Cruise on the 2022 Sierra hasn’t been confirmed yet, and probably won’t be until closer to the fall reveal of the new truck. All the same, GMC is insistent that it doesn’t want the system to be only sparingly available. Its roll-out on the Sierra will be the biggest deployment of Super Cruise so far, and after the pickup it’ll be appearing on other GMC models. “This is the start of democratizing the technology across the market,” Brook says.

GM’s approach to Super Cruise has been one of caution, probably wisely. This new automatic lane change functionality will be its first big feature pushed out via the over-the-air (OTA) update service, which until now has been used for mapping updates. Meanwhile, the team behind Super Cruise says that, though the progression of technology is clearly rapid, it believes it has baked in at least a few years’ headroom for future updates and tweaks.

After four years on the market, it’s been a big year for Super Cruise. We’ve seen it launch on more affordable models – albeit only in basic form – like Chevrolet’s Bolt EUV, and it’s about to spread into more models. Not only the 2022 Sierra, but Cadillac’s CT4 and CT5, and the upcoming Lyriq EV too. If GM’s various brands can get the messaging right, this could be Super Cruise’s time to have its moment in the spotlight.