The PlayStation 4 exclusive title DriveClub is being teased in a big way this week as both the developers and those lucky enough to have gotten early previews spout off. The first demonstration you’re going to see is one of several “4TheSenses” videos, this one called “Audio.”

In this first big demonstration, sound is a major factor. Even if the sound is generated separately and isn’t delivered half as impressive in the end, it’s strong enough to compete with the very, very few next-generation racing games that’ve been revealed over the past few months.

Sony makes a point to direct those looking for “Native 1080p” to their 1080P HD Videos hub. There you’ll see the video hosted by Sony, not YouTube, and therefor not cut down in quality for web connectivity purposes. 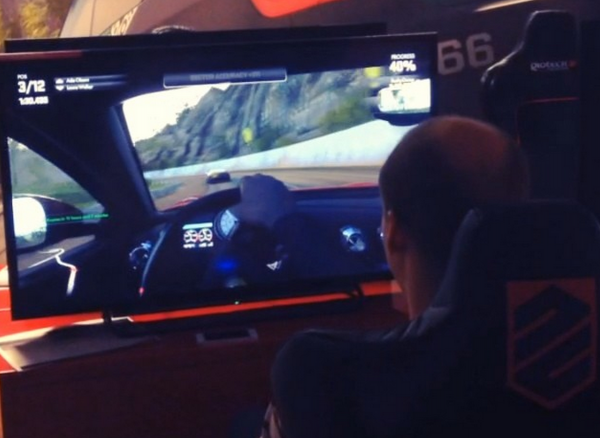 Next you’ll have a peek at some over-the-shoulder (offscreen) gaming with this title at a preview event. This comes to you courtesy of Matt Martin at VG24/7

A demonstration was shown at E3 2013 was resoundingly discredited as a less-than-fantastic title. Over the past year the game has been completely revamped. Have a peek at this demonstration from VideoGamer, where they also compare the game’s look to Infamous: Second Son.

Next you’ll see a collection of DriveClub competing clubs, wild logos and everything. This comes from ThatKidChris, Global Product Manager at PlayStation EU. Chris also shares several other images (above) originating from the DriveClub studio preview event held recently – packed with Ferrari action, of course.

DriveClub will be released in October all around the world. Release times vary region to region, with North America receiving the game on October 7th, Europe on October 8th, and the UK on October 10th. This game will be available for digital download or as a physical disk, and will have both single-player and multiplayer modes.