Don’t fall for these terrible tablet deals on Black Friday

Today we’re having a look at some examples of the worst tablets on sale – doorbuster style – on Black Friday. This list was compiled in the year 2015, but you’ll be able to use it as an example well into the future. The same situation has arisen several years in a row – terrible, terrible tablets being sold at “rock bottom” prices on Black Friday in an effort to trick their buyers. Every major retailer is guilty. No-one is safe. Heed our words of warning – stay away from these tablets at all costs.

You will be enticed by deals from each of the major retailers – and some stores that don’t normally sell tablets – this Black Friday. Today you’re going to get a lesson in what to avoid. You get what you pay for – even when there’s a “sale” going on.

First you’re going to see Shopko’s offering. This tablet is a nightmare. This tablet MIGHT be able to run the apps you see on the display – but wait a second, what’s wrong with that display? Why are the icons transparent? Because whoever was in charge of creating this advertisement didn’t know enough about the product to even take the time to make sure the screen was colored correctly. It is junk.

Next is Walmart’s monstrosity. This device is made by RCA. They make great video cables and remote controls. They even make a decent television set. They sell Android tablets on the cheap.

Do not buy this tablet. It normally costs $50. That’s a Doorbuster-level price, and they’re able to afford to lower it even more. The hardware you’re getting here is not worth owning. 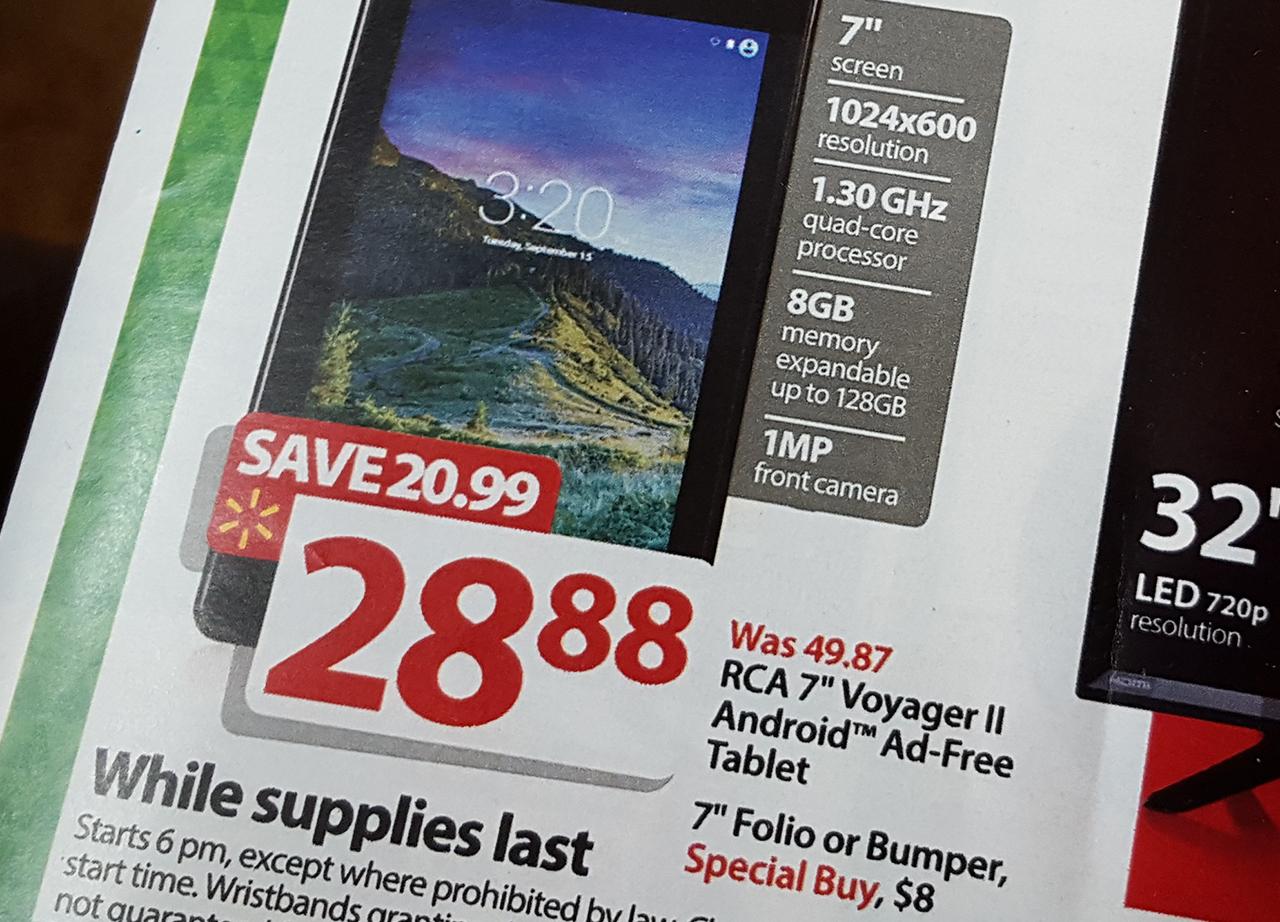 The same goes for RCA as a brand. Several retailers have these RCA tablets just in time for Black Friday. Avoid them. They are not worth the money – even such a small amount of money as this. 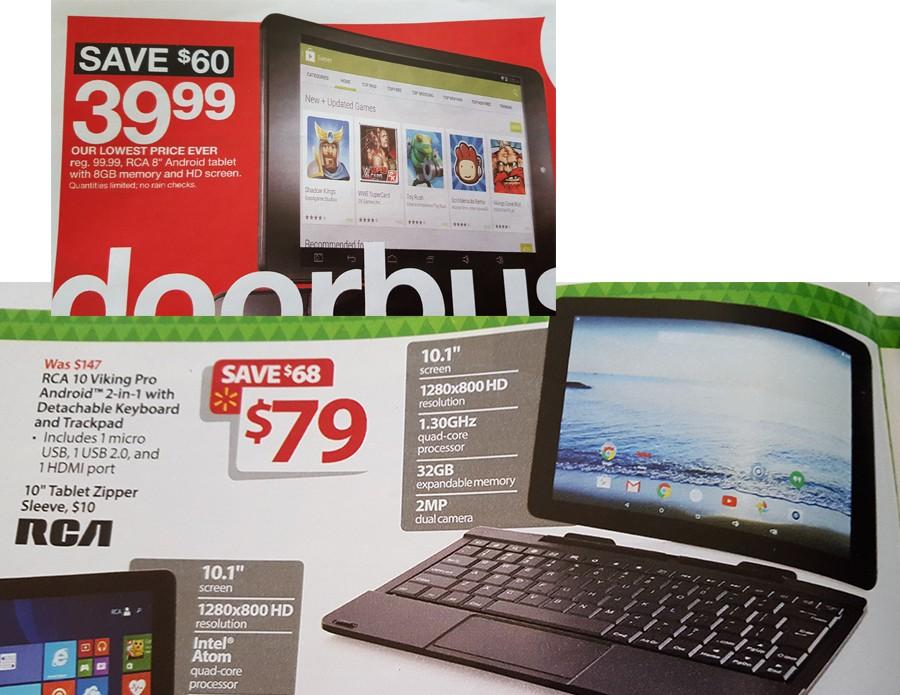 The next image shows a Windows tablet that costs very little money.

If the details of the product are easier to find than the brand name of the product, it is a piece of junk. Have you ever heard of a “Craig” tablet before? There’s a reason for that.

Polaroid is up next. You’ll see Polaroid-brand tablets at several retailers this week. For those of you that don’t know, Polaroid doesn’t make their own hardware – they license out their brand name to manufacturers that wish to place it on their products, and give Polaroid a piece of the profit. This isn’t bad in and of itself – we’ve seen some good Polaroid products in the recent past – but these tablets aren’t great.

Even the most expensive of the bunch isn’t worth the cash – most of the money goes into the added accessories. 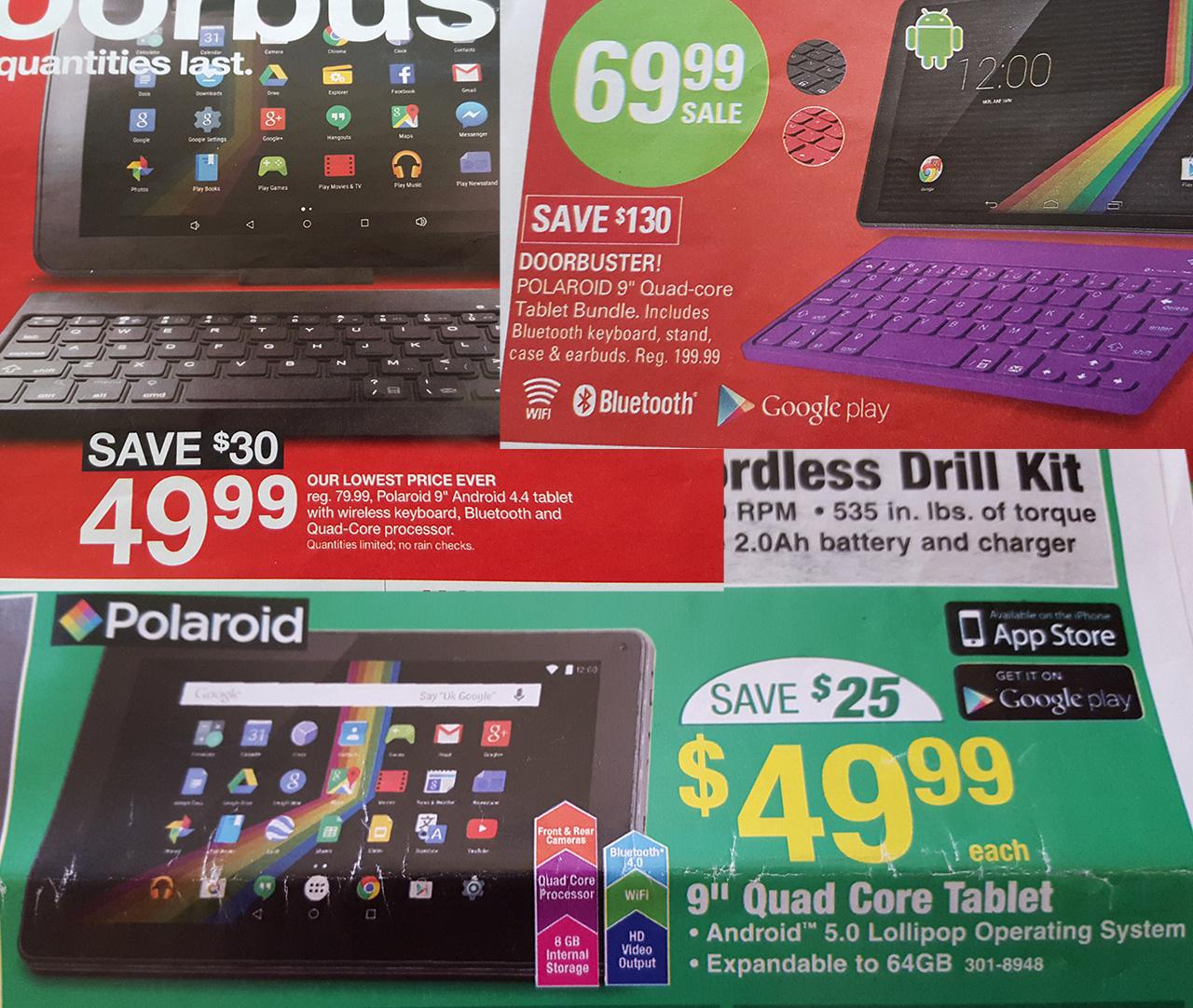 If you’ve purchased any of the tablets above earlier today, we’d recommend you head back into the store and return them. Unless you’ve already opened the box, in which case – good luck to you.

As a bonus, here are a few phones that you should never have considered in the first place. Don’t even think about it. The most valuable phone in this collection is the one that requires a land-line. That’s no joke. 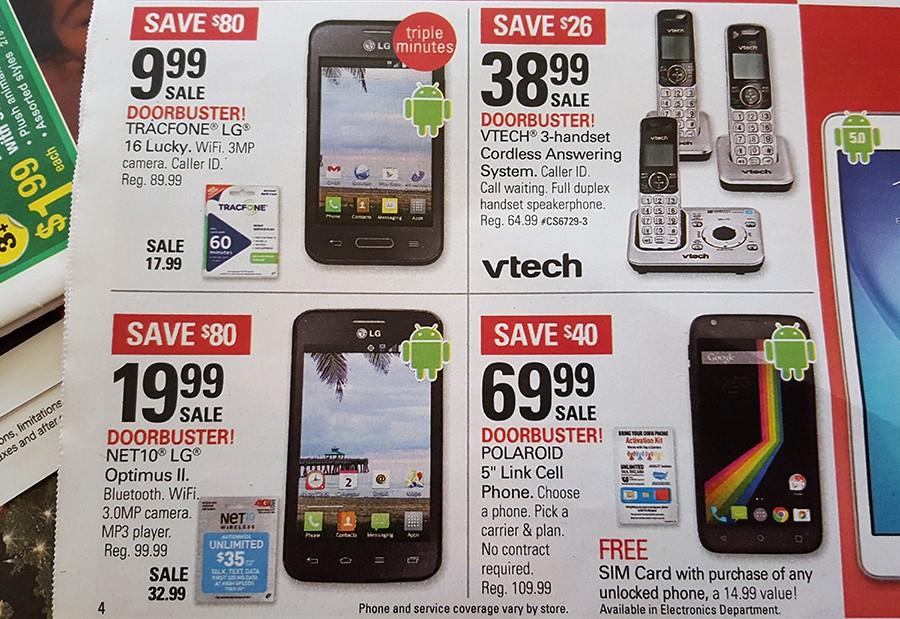 Hit up the timeline below for additional information about what to avoid on Black Friday as well as Cyber Monday. This is serious business.