Dogecoin goes up and Robinhood goes down

Some things in life you can count on, and it seems like Robinhood crashing just when the finance market is getting interesting is one of them. The popular finance service – which has seen particular success with first-time and novice investors – has been suffering several periods of downtime during volatility in crypto trading, particularly Elon Musk’s favored Dogecoin.

The cryptocurrency has certainly had a bizarre week – and, for that matter, an equally bizarre few months. Initially begun as a joke, the so-called “meme currency” gained traction when Tesla founder Elon Musk began pumping it on his Twitter account.

This past week, meanwhile, DOGE has surged in price. Although individual coins are still worth just a handful of cents, their value has shot up by almost 200-percent. Combined with the ease of entry, it’s left some holders with a huge return on their initial purchases, which were often made when Dogecoin was only a cent or two.

Problem is, you only see those returns when you sell, and that’s been tricky if you opted to purchase via Robinhood. The service has been encountering periods of downtime which just so happened to coincide with some of DOGE’s peaks over the past day or two. 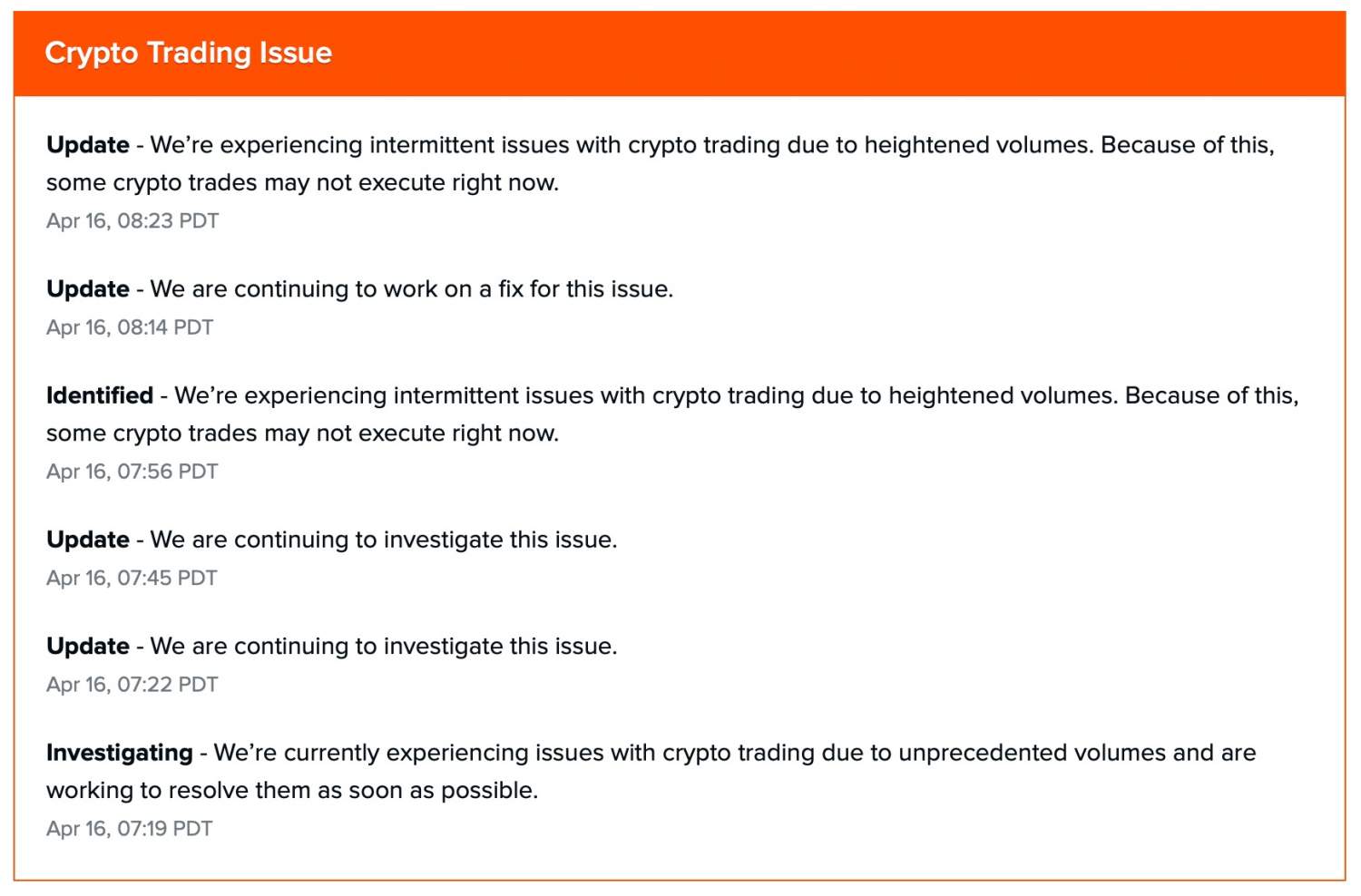 “We’re experiencing intermittent issues with crypto trading due to heightened volumes,” Robinhood has warned on its support site at several points over the past 24 hours. “Because of this, some crypto trades may not execute right now.”

Within the past hour, Robinhood said that it had restored crypto trading “for most customers.” As for those who aren’t in that group, there’s only an apology to tide them over. “To anyone still affected, we’re sorry for the interruption,” the company added. “We’re working to restore service for everyone as soon as possible.

It’s not the first time Robinhood has left investors floundering. During the GameStop stock surge earlier this year, users suddenly found that they were unable to buy the volatile $GME stock. The limits were subsequently extended to other shares, including AMC. Robinhood defended its decision with an explanation of the mechanisms behind trading, but not before the moves caught the attention of lawmakers who have called for an investigation into whether it acted appropriately.