Robinhood is limiting the number of volatile shares and options it will allow users to increase, the latest stage in the Reddit-fueled stock saga that has seen GameStop, AMC, BlackBerry and others surge this week. The popular trading platform found itself the subject of customer fury – and US lawmaker suspicion – yesterday, when it blocked purchases of GameStop and other stock, with some users reporting that their holdings had been automatically sold without their instruction.

Robinhood argued that it was applying limits for the good of its users, trying to protect portfolios in a time of unforeseen trading volatility. In the background, meanwhile, it was cutting new deals for its own finance, to cover the astonishing success of trades in $AAL, $AMC, $BB, $BBBY, $CTRM, $EXPR, $GME, $KOSS, $NAKD, $NOK, $SNDL, $TR, and $TRVG.

It also confirmed that, as of the market opening today, it planned to allow limited trading of the contentious stock. However it also warned that it wouldn’t be the same free-for-all of buying and selling that had been observed earlier in the week. According to Robinhood, the plan was “to allow limited buys of these securities” but “make adjustments as needed.”

The block on individual investors buying, the company insists, “was a risk-management decision, and was not made on the direction of the market makers we route to.” Robinhood sells early information on upcoming trades by its individual users to companies like Citadel Securities.

Now, exactly what Robinhood plans to allow has been revealed. In an update to its help pages, it has revealed “the maximum number of shares and options contracts” to which users can increase their positions. “Please note that these are aggregate limits for each security and not per-order limits,” the company adds, “and include shares and options contracts that you already hold.” 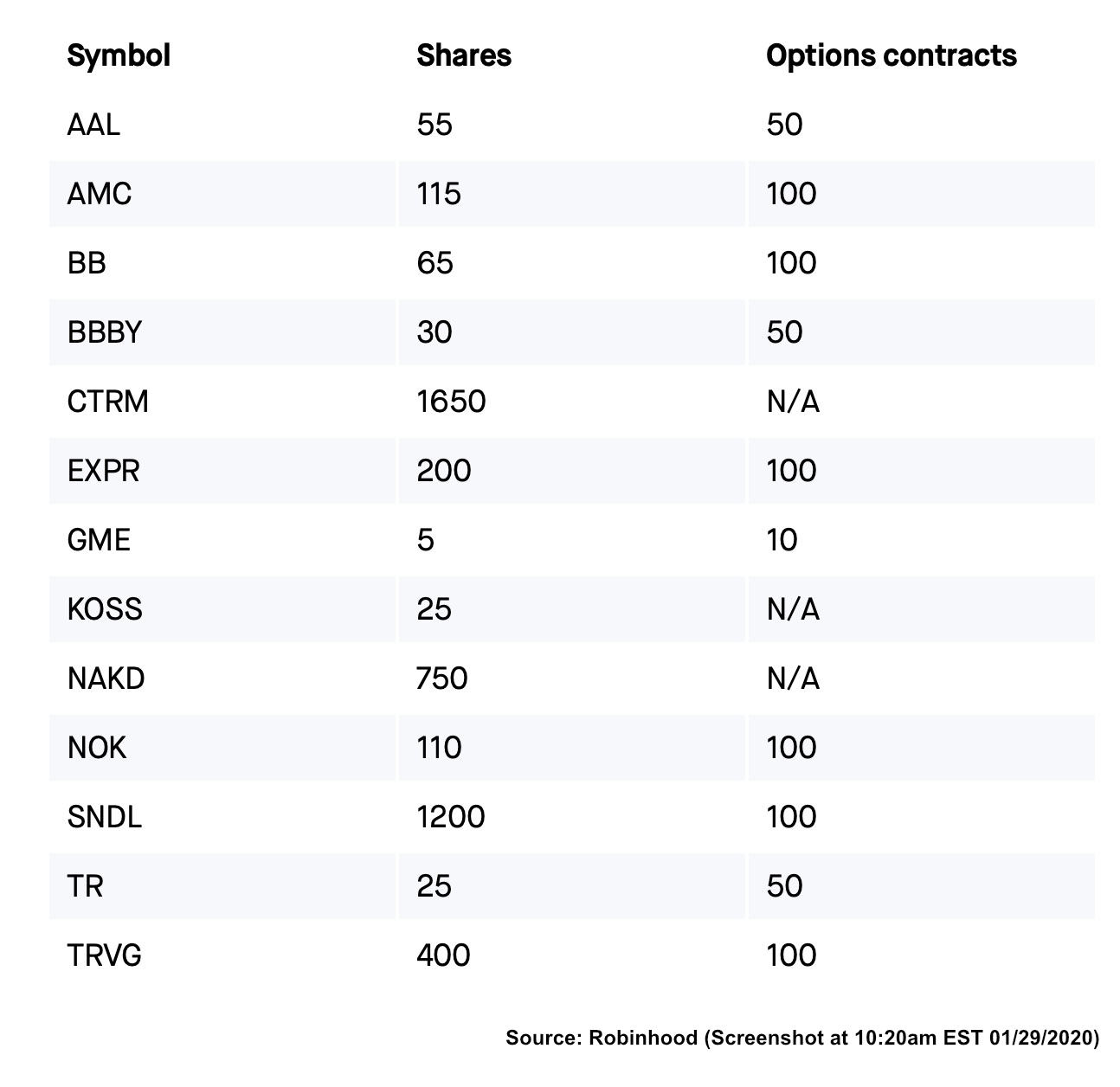 Update: Robinhood has changed its limits, most notably reducing the amount of GameStop shares individuals can hold. That’s been dropped to 2 shares, as per the updated table below. 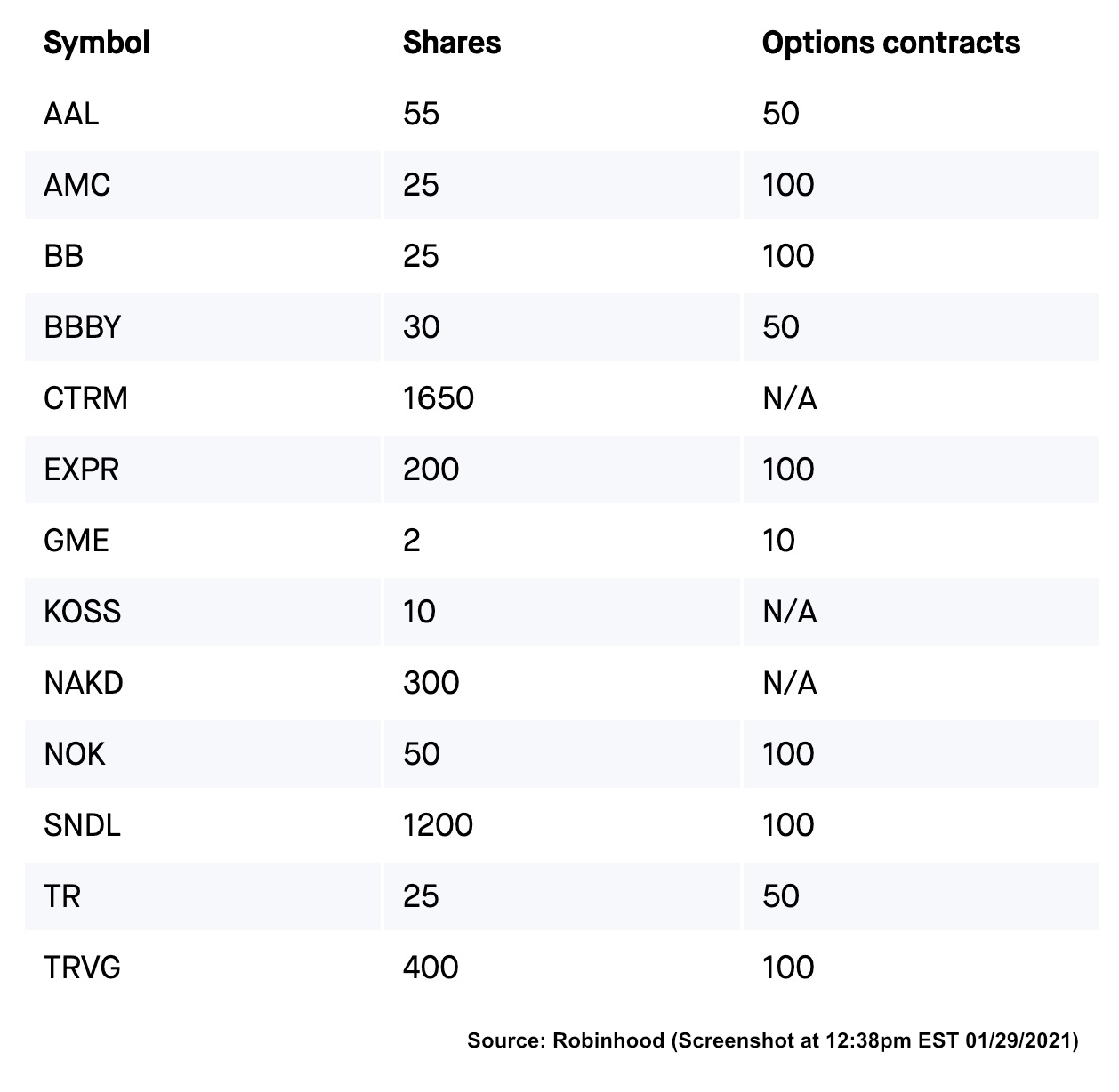 Update 2: Robinhood has changed its limits again, adding a number of extra companies to the list of volatile stocks users are allowed to hold. Many of the original stocks on the list have been further constrained: for example, customers are now only allowed to hold a single GameStop share, and a single KOSS share. 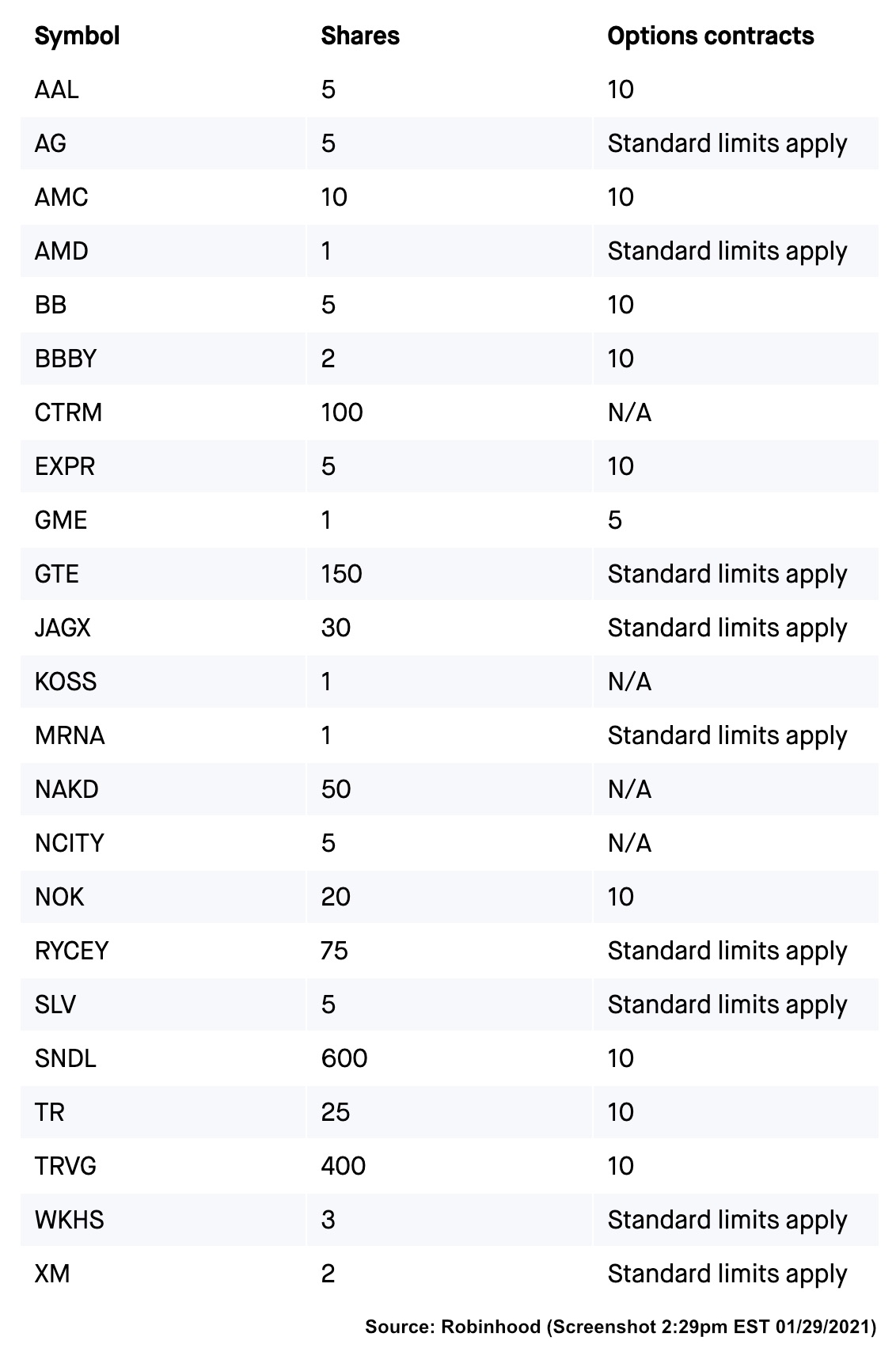 Update 3: Robinhood’s list has grown, with 50 stocks now considered volatile and thus with limits. Most of the stocks are now limited to holdings of one single share. 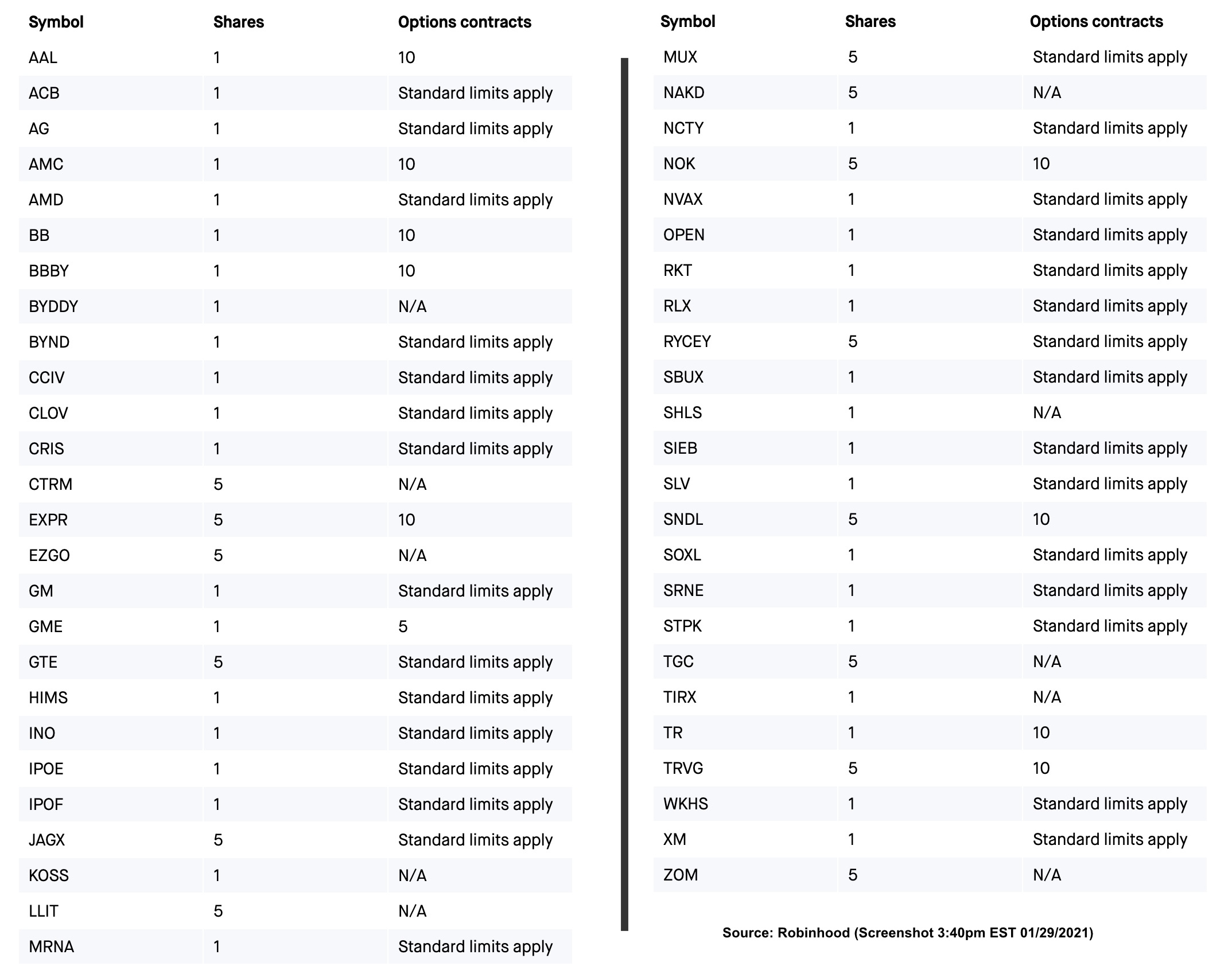 There are other boundaries to consider, too. Perhaps the biggest is that fractional shares – where users can buy part of a share in a stock, rather than the whole thing, one of the strategies by which Robinhood grew its popularity – are no longer permitted for the list of affected “volatile” stocks. Only new whole share positions, subject to the limits, are allowed.

Those with fractional shares in the affected stocks will only be able to sell or close their positions. Recurring investments in the securities will also be paused, until the limitations are lifted.

As for automated sell-offs, Robinhood has clarified its position there too. “Outside of our standard margin-related sellouts or options assignment procedures, your positions will not be sold for the sole reason that you are currently over the limit,” it promises. “However, you will not be able to open more positions of each of these securities unless you sell enough of your holdings such that you are below the respective limit.”

It’s another complex tweak in the ongoing stock saga, and Robinhood says it reserves the right to adjust the numbers in its trading limits as well as change the rules in the days ahead.