Does anyone really care the Nokia mobile brand is dead?

Nokia’s mobile brand is officially dead. After Microsoft bought the company, it took only months for it to decide that using the Nokia brand meant little and it could walk away from it without offending too many customers or worrying about losing market share. It was an historic moment, but it was a necessary one in Microsoft’s mind, and it was perhaps an end of era in the industry.

Now, before I go on, I should note that the “Nokia” brand still lives on through the solutions operation that’s still in business. And that company, which survived after the sale of the devices and services business, appears to be performing quite well.

So for the purposes of this column, assume I’m talking about Nokia’s devices business.

Now that we have that out of the way, let’s get down to the brass tacks: no one cares that the Nokia brand is dead. No one. And I’d argue that a week after the news was announced, you didn’t even remember and hardly thought about it after you skimmed a headline and story announcing the news. 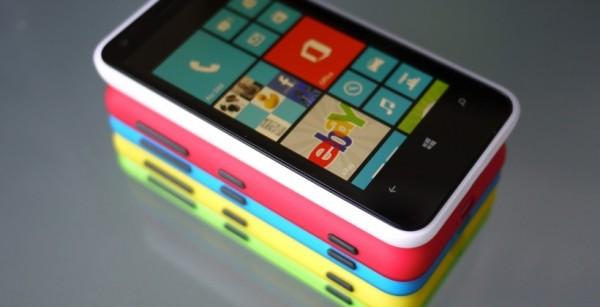 Look, I’m not going to sit here and say that Nokia didn’t matter to the mobile industry. Quite the contrary, the company has been a major force in the low-end of the market and for a long time, was the biggest and most successful company in the business.

But as time went on, Nokia failed to see the changing times and its failure prompted tens of thousands of layoffs over the years and mounting losses. Nokia was, for all intents and purposes, a shadow of its former self when the news came down that Microsoft was acquiring the business.

It’s hard to pinpoint exactly what Nokia did to become such a loser. The company obviously didn’t see the touchscreen wave coming, but it also failed to understand customers. The Perfect Storm developed around Nokia and the company had no way of getting out alive.

So, in a post-Nokia world, I’m not surprised few people cared that the Nokia brand was going away and that Microsoft will go with its own company name in the future. A decade ago, that would have never been possible. Now, it’s not only possible, it was the right move on Microsoft’s part.

No one cares whether a product says Microsoft or Nokia. And worldwide, the Microsoft brand is far more trusted than Nokia’s.

So, farewell, Nokia. While your name might live on in the hearts of those who for some reason cling to your one-time greatness, for the rest of us around the world who saw you as little more than another mobile company in a crowded marketplace, your name being put to rest seems like a logical and humane step. The Nokia brand was hemorrhaging money, fans, and loyalty. It was time for it to be put out to pasture.

Good-bye, Nokia. It was nice knowing you… I guess.