There’s a brand new Special Edition Samsung Galaxy Nexus out there folks, and it comes straight from Japanese mobile carrier Docomo. This limited run of Galaxy Nexus devices is also known as the SC-04D Special Edition and will include a special “Google Original Rear Cover” with a lovely white tree design etched into it as well as a “Pocket Charger 01” which is essentially a rechargeable battery that can charge up your device on the go. This release of the device is limited to 20,000 applicants.

Thought we don’t suppose Docomo will run out of these units any time soon, those of you reading from Japan and deciding when would be the best time to pick up the Galaxy Nexus should probably jump on this deal now. This deal is first come, first served and only works with the Japan-centric model here, not the “Global Model” – sorry everyone else. The way you can get this package is to first either have or purchase newly the SC-04D version of the Galaxy Nexus and submit to Docomo. 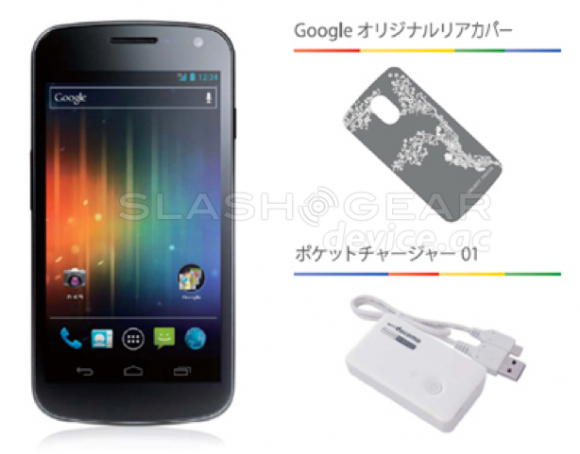 The way you submit to Docomo for this special offer is to have purchased the SC-04D version of the device between February 1st and March 31st 2012 and head do your local Docomo store. From there you’ve got to either scan the QR code they’ve got on hand or simply plug in the URL they’ve got handy to order your free Premium set. Look like the loveliest Galaxy Nexus you’ve ever seen? Grab one now!