Do you really need a new phone for security?

Several phones plummeted in price over the weekend. To the uninitiated, a phone that once cost $700 now coming in at around $300 might not look like too bad a deal. But here in the summer of 2018, is buying a semi-old smartphone on discount a safe buy? Or should you always pick up the newest hardware to make sure you’ve got only the latest updates with the latest security in the mix?

The Samsung Galaxy S8, first released in the year 2016, was given a discount at T-Mobile USA over the weekend. This phone originally cost right around $720 USD off-contract. Now, here 2 years after launch, the phone came with a massive discount – down to around half-price.

When you’re using an Android device – even the most high-end and top-name brand device of them all – you’ve got a limit to the amount of time the manufacturer will update the operating system. Samsung generally continues to support their phones with operating system updates (Android OS) for around 2 years, and MIGHT provide security updates beyond that.

Another device was given a kick-in-the-pants discount this morning. That was the Essential Phone PH-1. That device was given a discount down to $223.99 off-contract. That’s completely nuts. Or it was nuts – nuts enough to have been completely out-of-stock within hours. Now the device is still on a hefty discount from its original price – from its original $700 USD, it’s now at $345 USD. 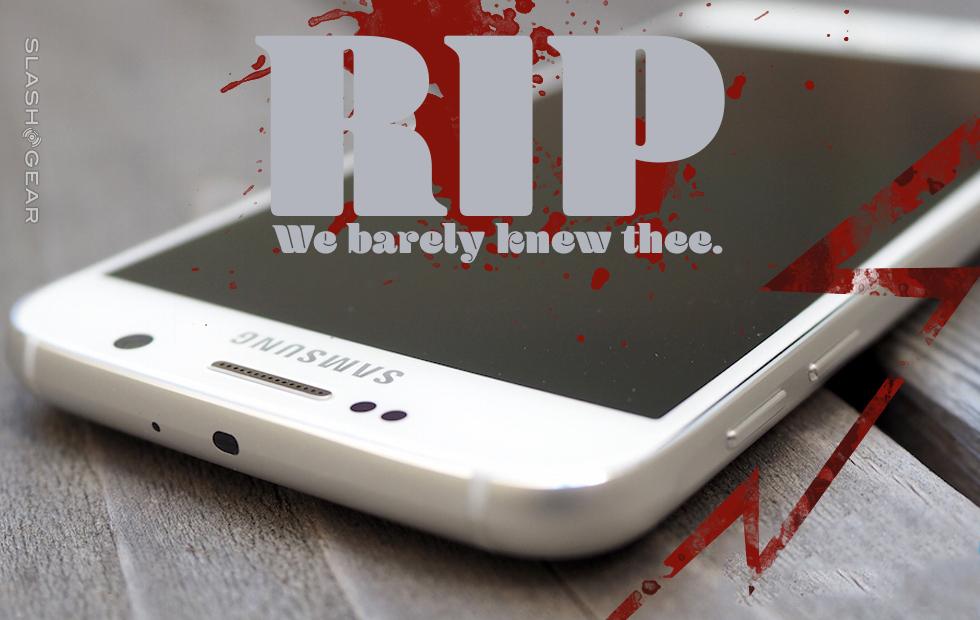 ABOVE: Take another peek at the other angle. See why you should stop buying the Samsung Galaxy S6, for example, for any reason here in the present.

Here in 2018, does it really matter if you’re getting the latest operating system update? If there’s a big enough community of developers working on the phone, you could potentially continue to get updates for months or years after its been abandoned by its creators.

If you’re OK with having less-than-newest in operating system feature power, what about security updates? What if there’s a negligable chance you’re going to get targeted by malicious hackers, and you basically never leave your home so you don’t have to worry about theft?

Now that we’re in the age of no-privacy and costant potential for government surveilance, we might well have moved on from those manufacturer update requirements. The average person, for example, could use an app like Telegram for encrypted communication. Snapchat isn’t known for its superior privacy, really, but once you’ve sent a message and it’s been viewed, it disappears.

Assuming someone doesn’t have their own bank account because they’re a very young person, what’ve they got to lose? Is there really a good reason to pay the premium for security updates when the phone user has no need for any sort of substantial security for privacy beyond the basics?