DNSChanger malware for dummies: Sophos video explains it all

Today the folks at the security group Sophos have released a simple “how to” video on the DNSChanger (or DNS Changer, if you prefer) Malware, showing how you can avoid losing your internet connection on July 9th. This information has been published by us before in the post DNSChanger: How to find it and how to fix it earlier this week, but for those of you that prefer a simple explanatory video instead, today we’ve got that for you as well.

The video starts back in 2007 when the DNSChanger Malware first started, it then being a bit more simple than it is today, looking for your internet settings, guessing your password, and doing general mayhem. They also started a company called Rove Digital, got a whole bunch of DNS servers to process their code magic. The FBI got involved in the situation several years ago and they did bust in on the devils and take control of their servers, but not before the bad guys got millions of dollars from their deeds.

Then is when the good stuff starts.

Intelligently quoting the undeniably great Marcus Antonius from all the way back in 44BC, the folks at Sophos explain how you could still be affected by the DNSChanger Malware from back then even if you are no longer infected.

“The evil that men do lives after them. The good is oft interred with their bones.” – Marcus Antonius, 44BC 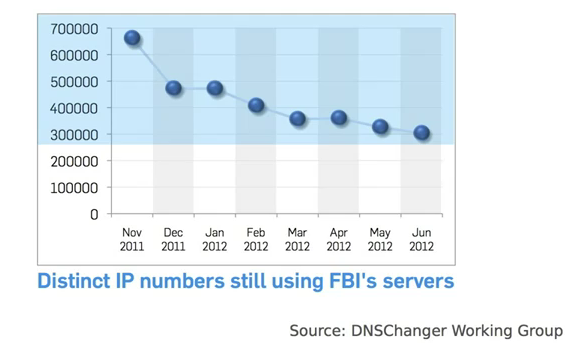 Hundreds of thousands of computers could very well still be affected – and at risk of certain doom – if figures shown by the DNSChanger Working Group are true, of course. The part where this gets REALLY good is here: the FBI’s authority to run the interim servers taken from the crooks that were caught sever years ago ends on Monday the 9th of July, 2012. If you have not fixed your computer (assuming it was infected in the first place) by then, you will get knocked off the web. 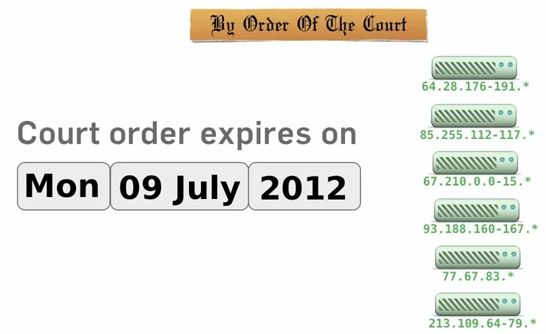 The video above goes through several ways that you might protect yourself against the evil that could very well be running through your computer right this minute, and again you can also check our DNSChanger: How to find it and how to fix it guide if you get lost. Both work!