DJI has merged a 3-axis smartphone gimbal with a selfie stick, and the result is the new DJI OM 5. Intended to give smartphone videographers a way to level up their capture quality, the OM 5 also manages to be smaller and lighter than its predecessors, despite the extending stick.

The gimbal overall is foldable, with various hinges to collapse it down into a more portable package. When you need to encompass more of the scene, however – or just include yourself in it – the integrated extension rod can be pulled out by up to 215 mm, or just shy of 8.5 inches.

The controls, meanwhile, are clustered around the handle. With them the head of the gimbal can be controlled manually, as well as locked in certain orientations. However DJI has new versions of its auto-tracking systems too. 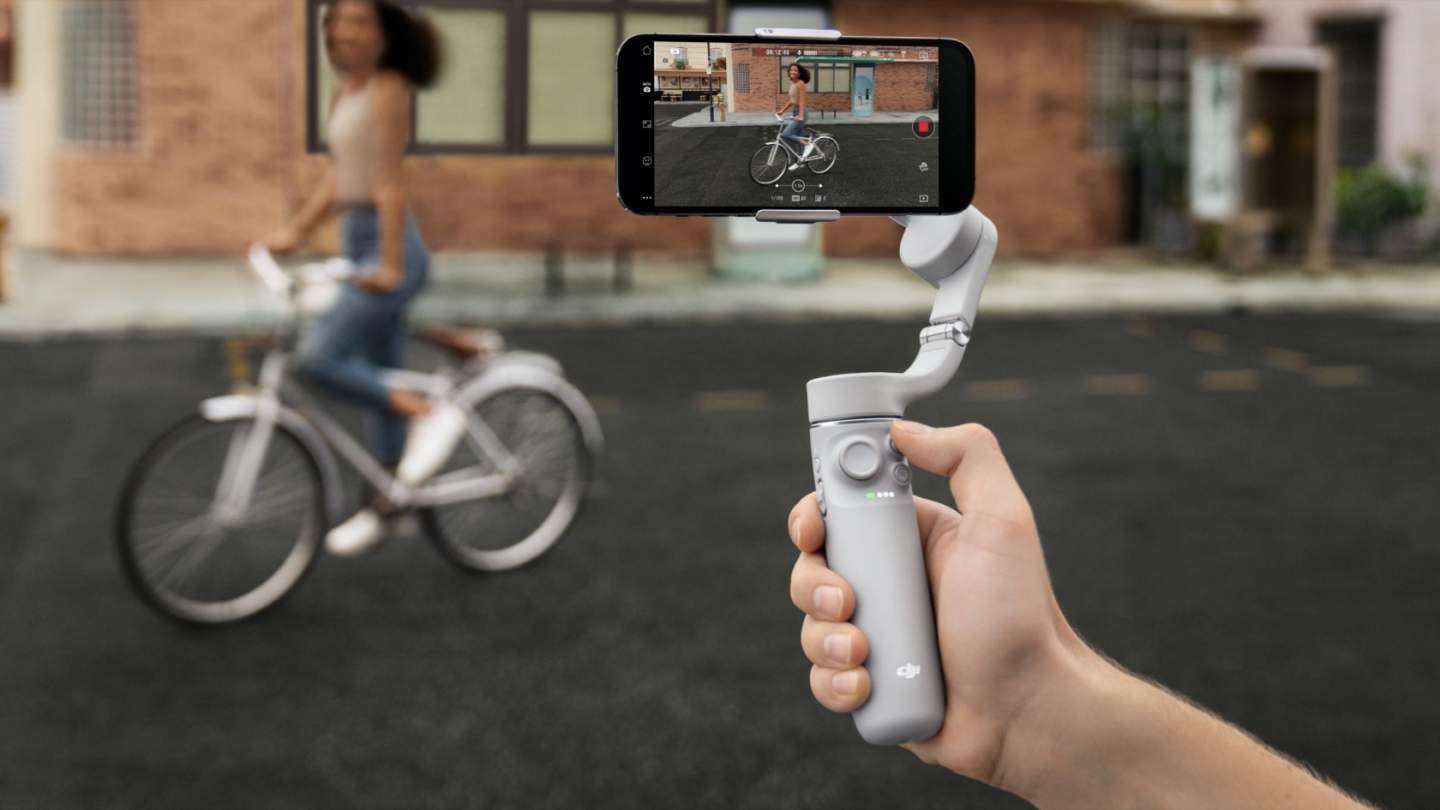 ActiveTrack 4.0, for example, can now track at up to 3x zoom at 5m/s, keeping a subject centered int he frame even as they’re moving around. DynamicZoom gives the Hitchcock-style background shift effect, by adjusting the zoom as you move the OM 5 yourself. 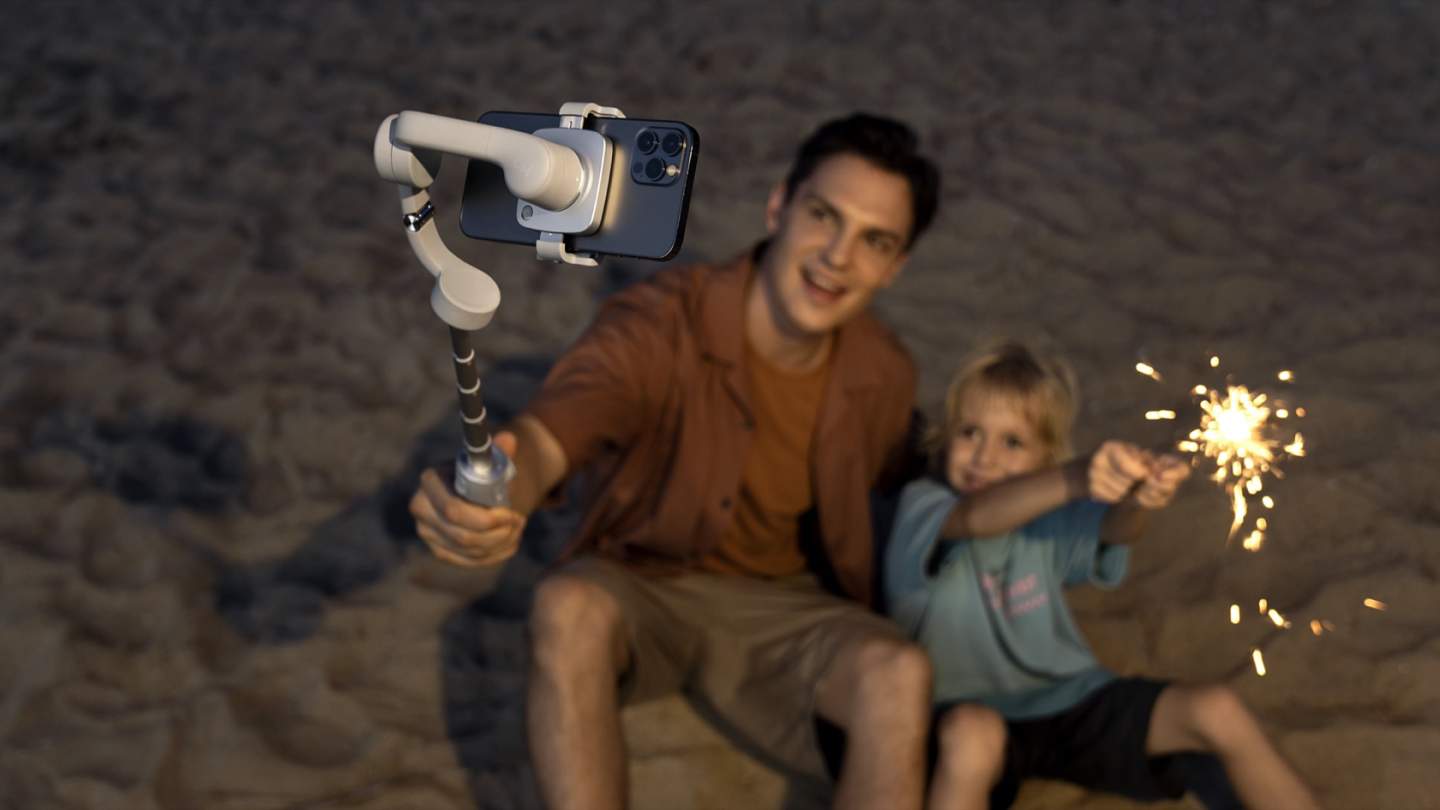 There are Timelapse, Motionlapse, and Hyperlapse modes, which can automatically control the gimbal in turn. Each benefits from DJI’s electronic image stabilization system. There are three panorama modes – 3×3 panorama, 240 degree panorama, and CloneMe panorama which makes it easy to put the same person multiple times into the same final shot.

Spin Shot Gimbal Movement – activated in the DJI Mimo app – spins the phone to make the final footage spin, and there are various Glamour Effects in the app too for use with the front facing camera. Story Mode Templates offer different preset movements, music, and color schemes for piecing together a video more rapidly. 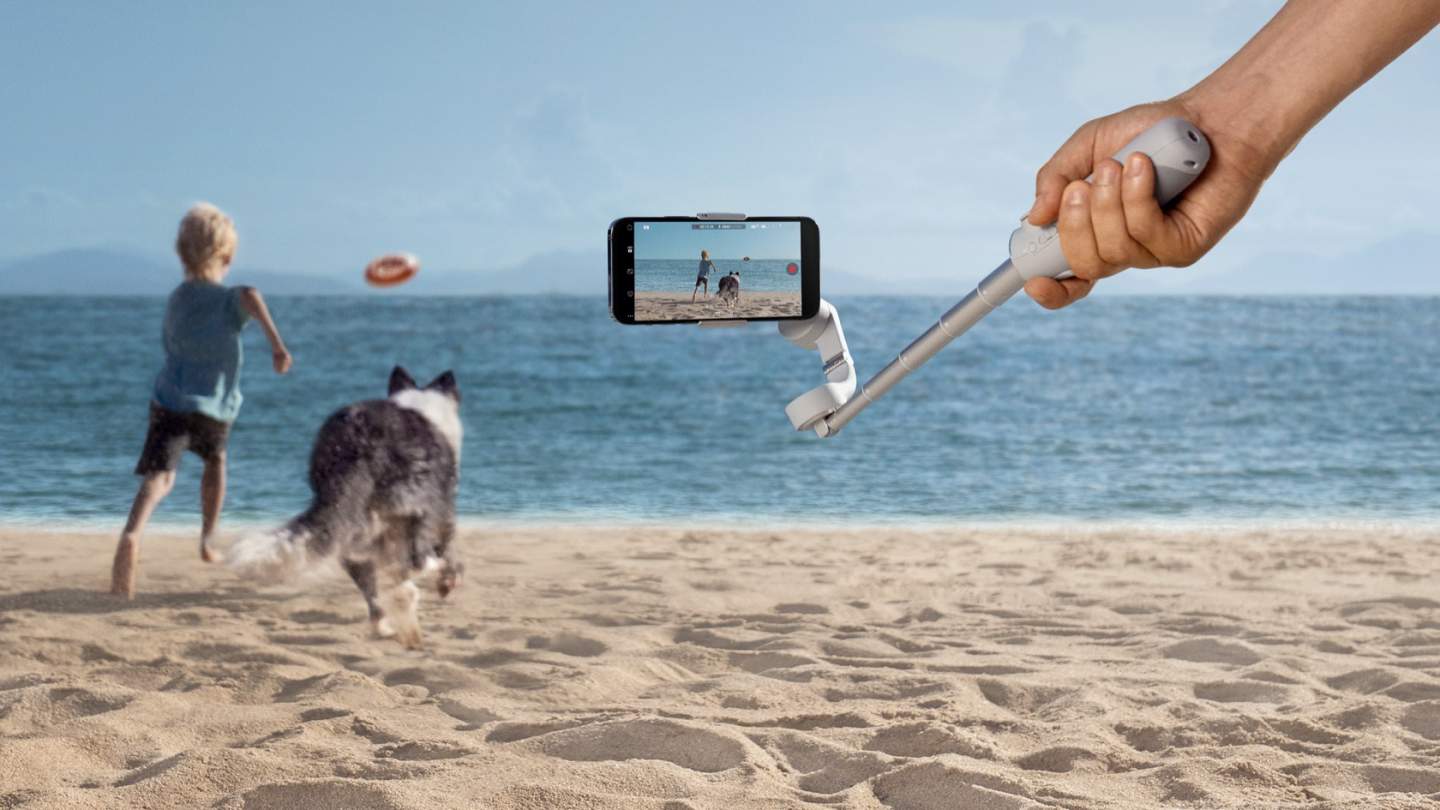 For the DJI OM 5, there’s also a new optional Fill Light Phone Clamp. It’ll magnetically clamp on and has a built-in auxiliary light.

The DJI OM 5 is available now, priced at $159. It’s offered in two finishes – Sunset White and Athens Gray – and each comes with a magnetic clamp, tripod, power cable, wrist strap, and storage pouch. As for the Fill Light Phone Clamp, that will arrive later, priced at $59.