DJI has revealed its newest smartphone stabilizer, the DJI OM 4, renaming and replacing the old DJI Osmo Mobile and featuring a number of new features aiming to get you up and shooting faster. Pride of place is a new quick-snap magnetic phone attachment system, one of two ways to hook up a phone.

On the one hand, you can attach a metal clamp to your phone and leave it attached; that way, you can snap it onto the magnetic mount when required. If you want to skip the balancing step, meanwhile, there’s also a magnetic mount with ring holder that can be fixed to the back of the phone. Either way, snapping the phone off – such as if you need to take a call – will automatically put the gimbal into standby mode to save power. 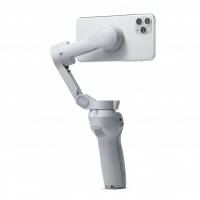 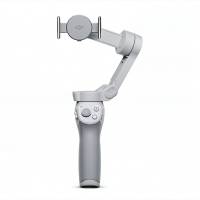 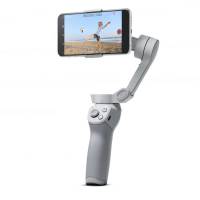 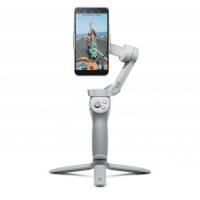 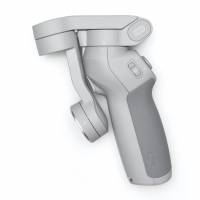 The stabilizer itself is foldable, and comes with a carrying case, tripod, and wrist strap. The battery is good for up to 15 hours, DJI says; you can also use it to charge up other devices. As before there’s 3-axis stabilization, but stronger motors mean that heavier phones can be supported. Handsets up to 230g (+/1 60g) are now compatible, between 6.9-10mm in thickness, and 67-84mm in width.

There are buttons and a joystick on the OM 4 itself for manual control; however, DJI also offers a number of alternative ways. Gesture Control, for example, uses hand gestures to operate the stabilizer, such as to take group selfies. There’s also the DJI Mimo app, which connects via Bluetooth and allows control of the gimbal and the phone too. 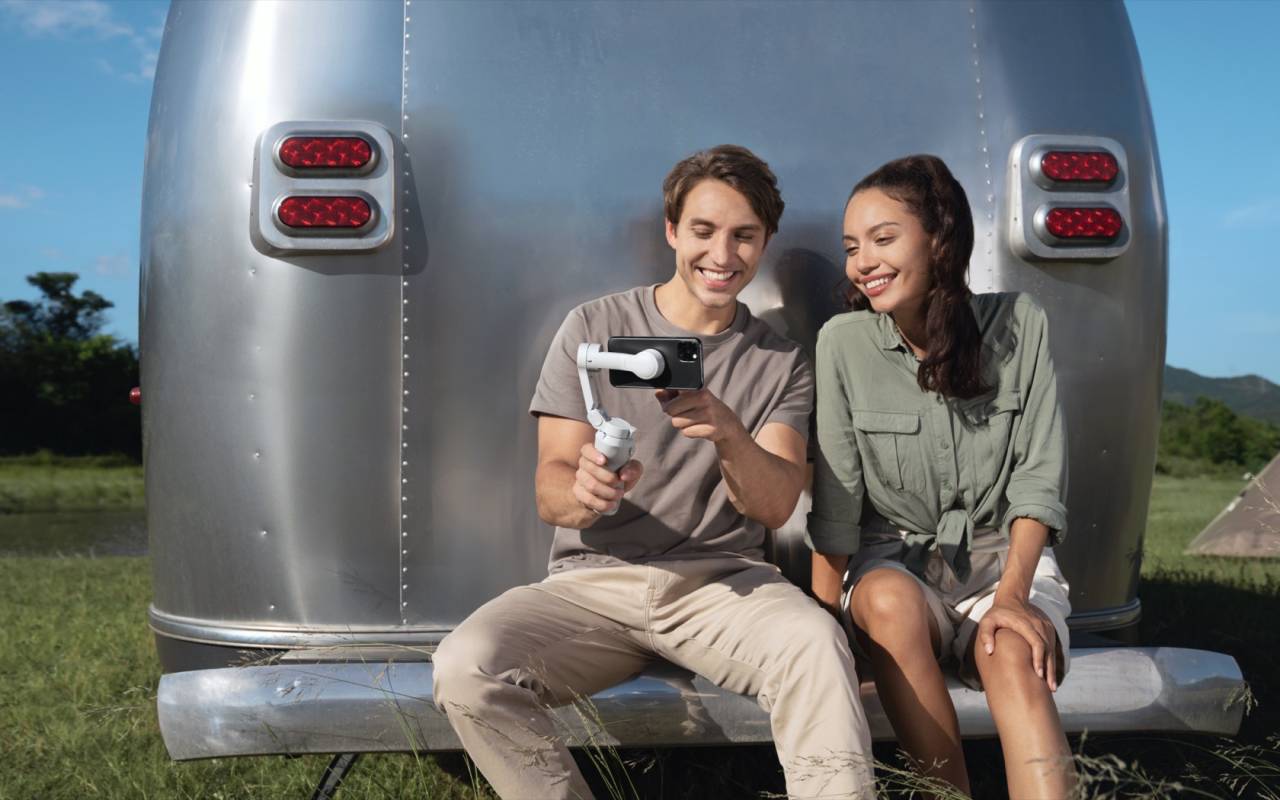 ActiveTrack 3.0 allows you to pick a subject and have the OM 4 automatically track it. This new iteration can better distinguish between subjects – including adults, children, and pets, DJI says – and the ActiveTrack framing can be tweaked using the joystick. 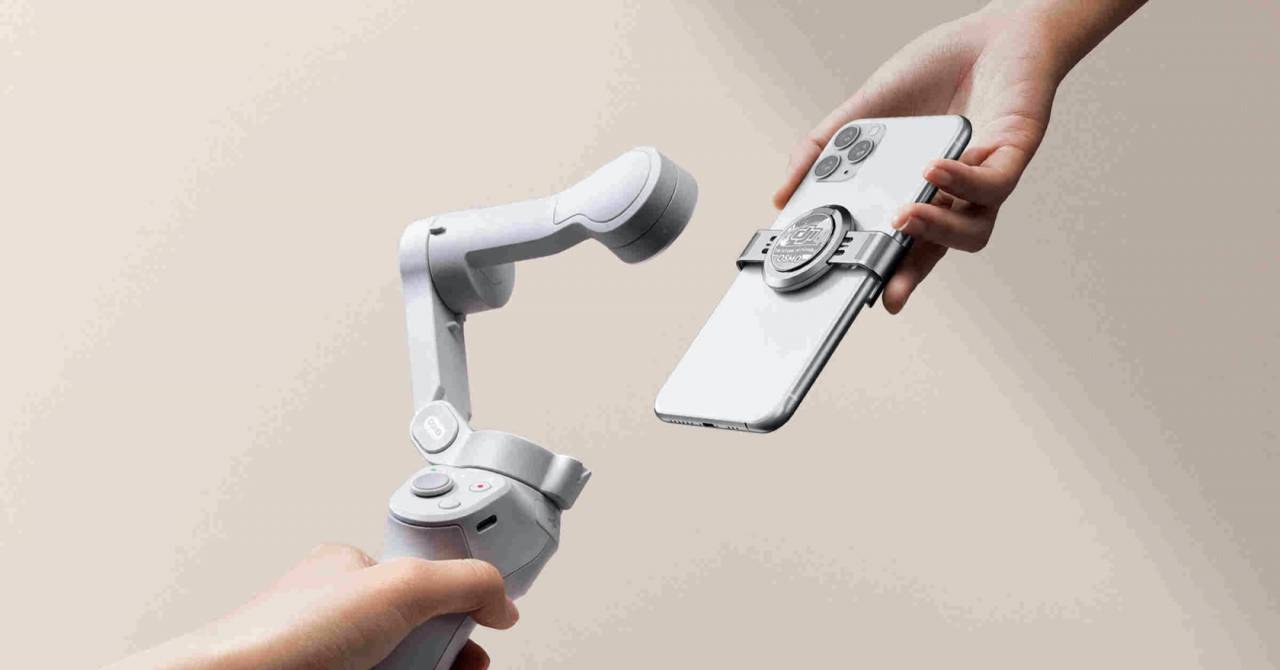 Several programmed Movements and Modes are offered through the app. Dynamic Zoom, for example, gives the Hitchcock-style zoom, and there are Slow-motion and Sport Modes for slower and faster footage and subjects. Timelapse, Motionlapse, and Hyperlapse are offered as well. 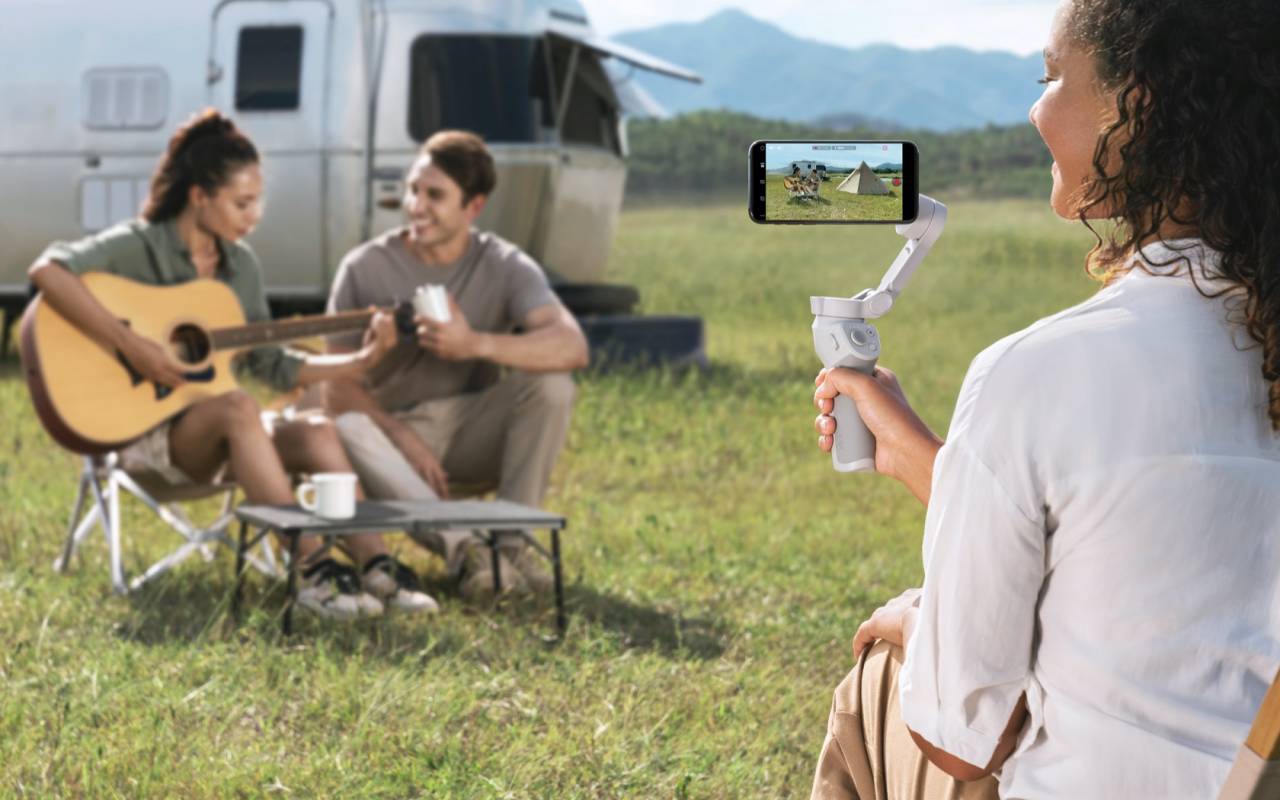 Three panoramas are possible: 3×3, 240-degree, and a CloneMe version which can put multiple copies of the same person into a single frame. Spin Shot Gimbal Movement automatically spins the phone using the joystick. Finally, there are Story Mode Templates, which use preset movements, music, and color schemes for more rapidly creating a video.