DJI has revealed its latest drone, with the DJI FPV promising a first-person viewpoint for pilots and a new, single-handed motion controller for easier flying. Described by the company as a hybrid drone, it claims to combine the speed and agility of a racer while still delivering the cinematic camerawork of a traditional model.

The FPV can fly at up to 87 mph, DJI says, and do 0-62 mph in 2.0 seconds. There’s a 4K/60fps 120 Mbps camera at the front on a single-axis gimbal, while DJI’s RockSteady stabilization system adds smoothness and cuts out the rolling shutter.

Distortion correction gets rid of the fish-eye look, and there’s also support for both 4x Slow Motion in 1080p and 120fps. Footage can be saved in H.265 or H.264 formats. 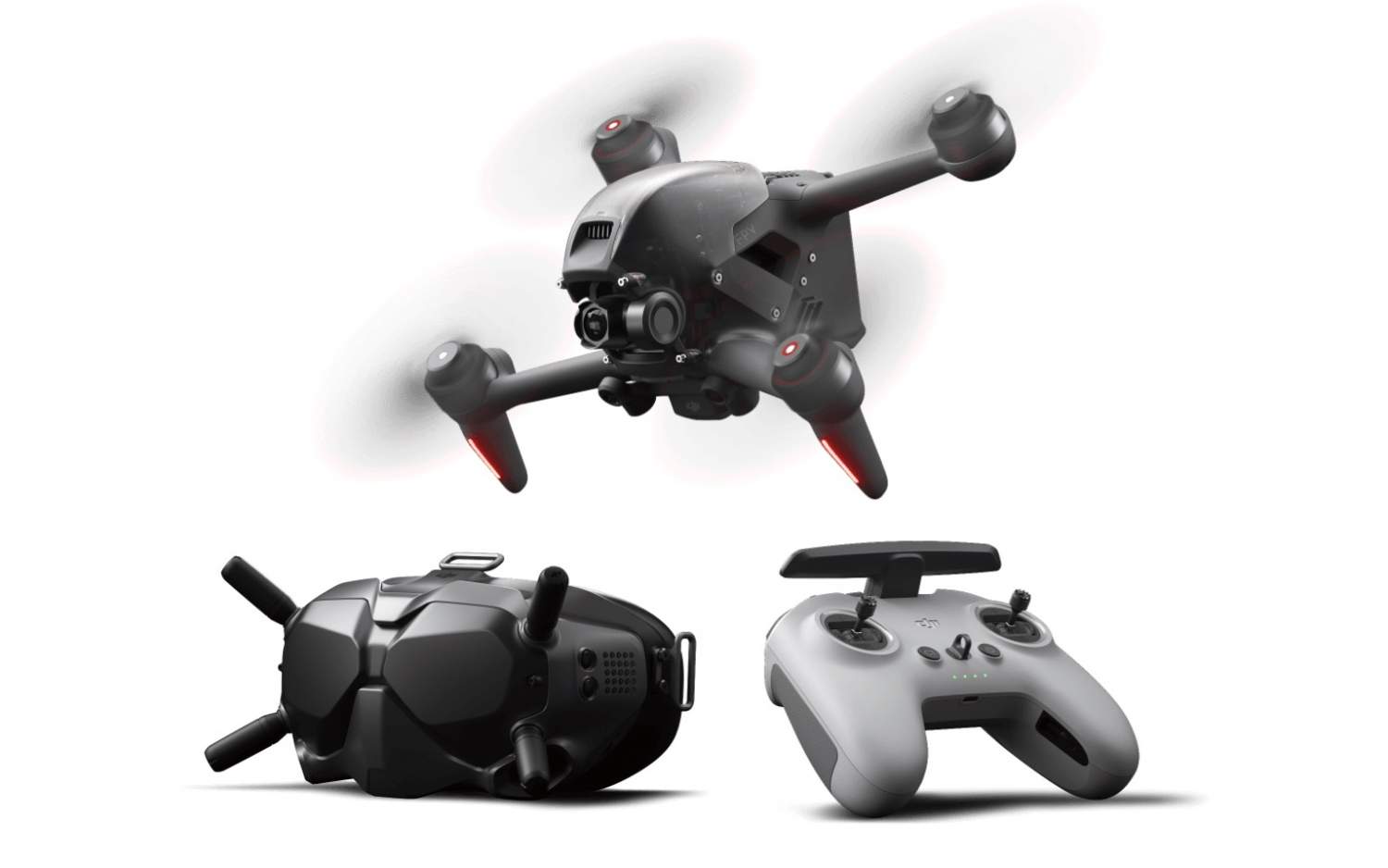 It’s built around a set of goggles, which give the FPV pilot a front-line view of what’s ahead of the drone. The DJI FPV Googles V2 use the company’s new O3 transmission system, with over 6 miles of range, 50 Mbps bandwidth, and auto-switching dual-frequencies. The big improvement, though is a cut in latency. 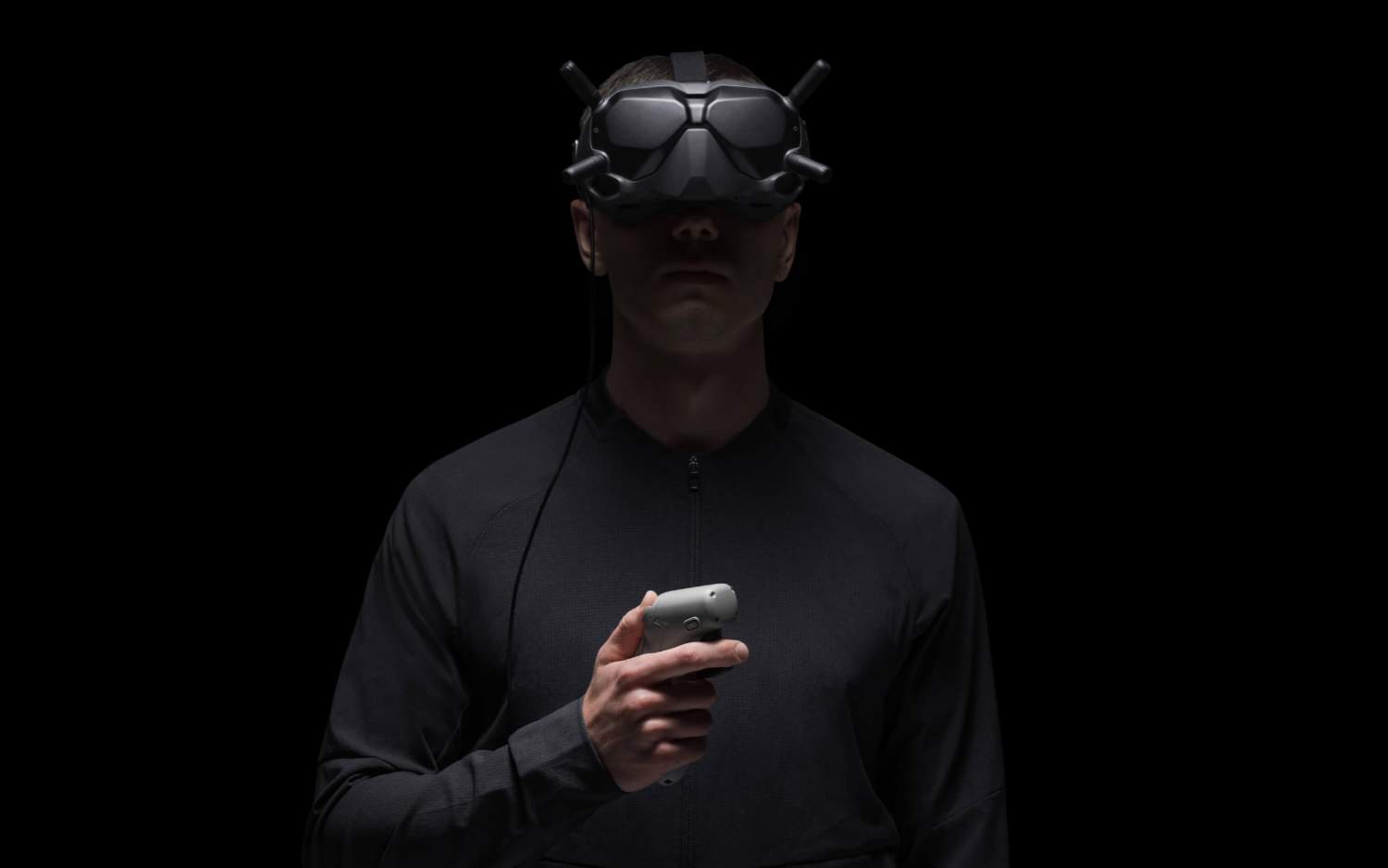 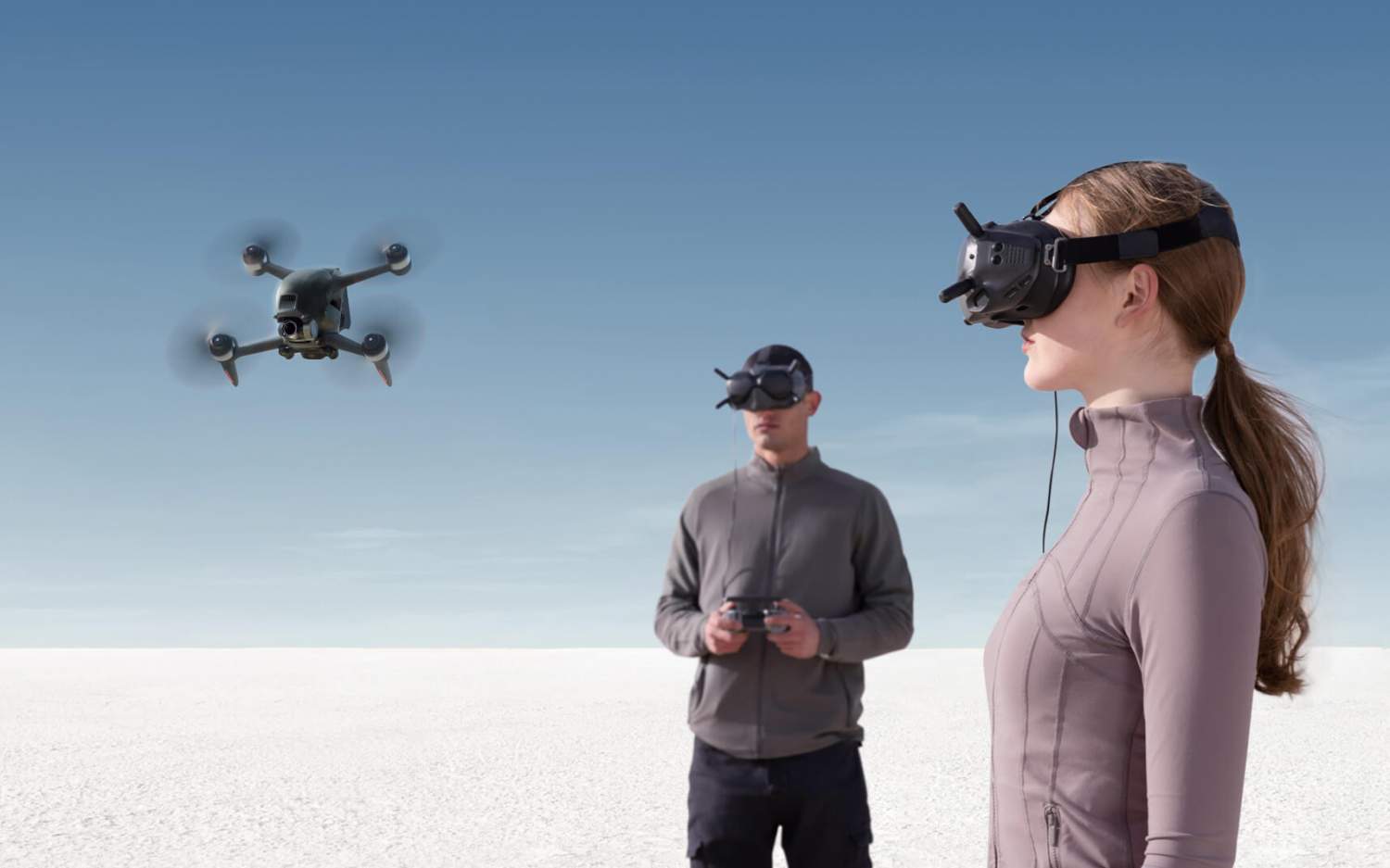 Finally, audience mode will allow up to eight sets of additional goggles to be connected, each sharing the pilot’s view.

There’ll be three flight modes, depending on pilot abilities. Normal mode will operate much in the same way that other DJI drones do: the FPV will hover in place using GPS and/or visual positioning systems. It’ll use front obstacle detection sensors to spot potential hazards and automatically slow down, though pilots themselves will need to actually maneuver the FPV away from them. 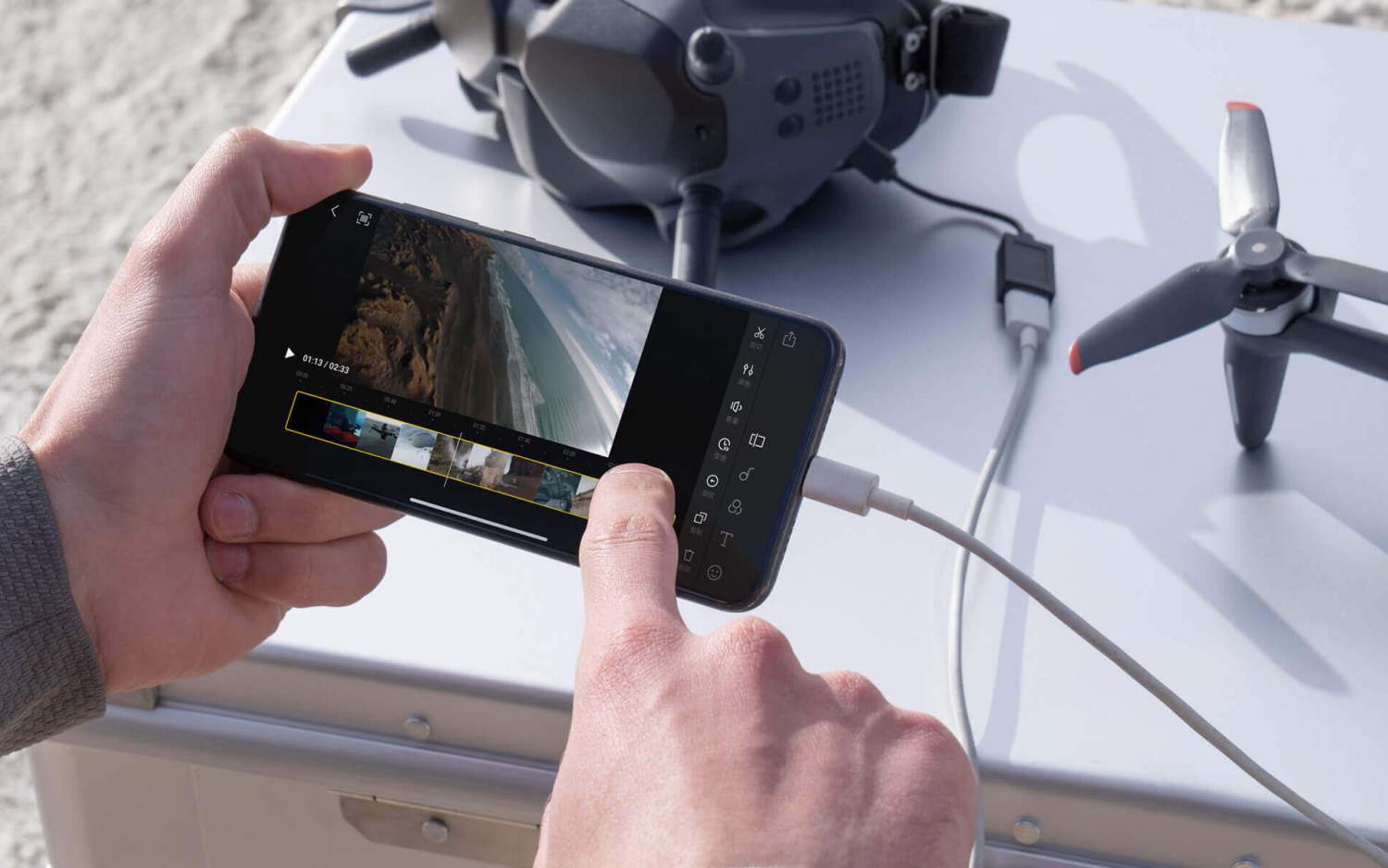 In Manual mode, both the hovering and sensor features are disabled. The pilot has full control of the drone. Finally, Sport mode blends the two, with some of the more “dynamic movement capabilities” of Manual mode, but with some of the safety features of Normal mode turned back on. It’s intended to be a middle step for beginners to get used to fully individual control. 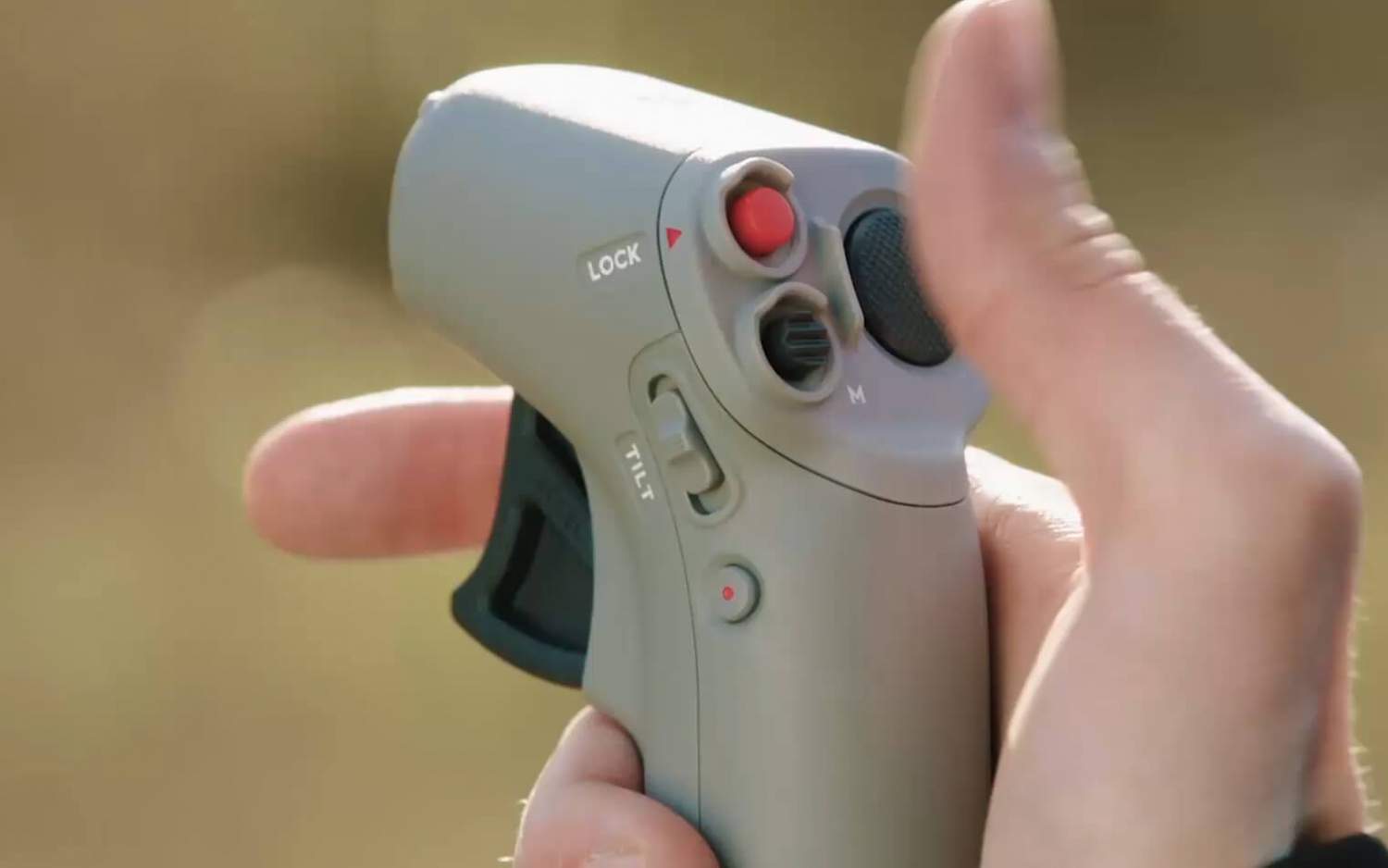 An optional Motion Controller condenses all the key flight controls into a single, gesture-enabled joystick. All flight modes get an Emergency Brake and Hover feature, and there’s a Return to Home option which will summon the drone back to where it took off automatically. That can be triggered manually, or will kick in by default if the transmission signal is default. The FPV Goggles have an ADS-B receiver for audio and visual notifications if any aircraft with ADS-B transmitters are nearby. 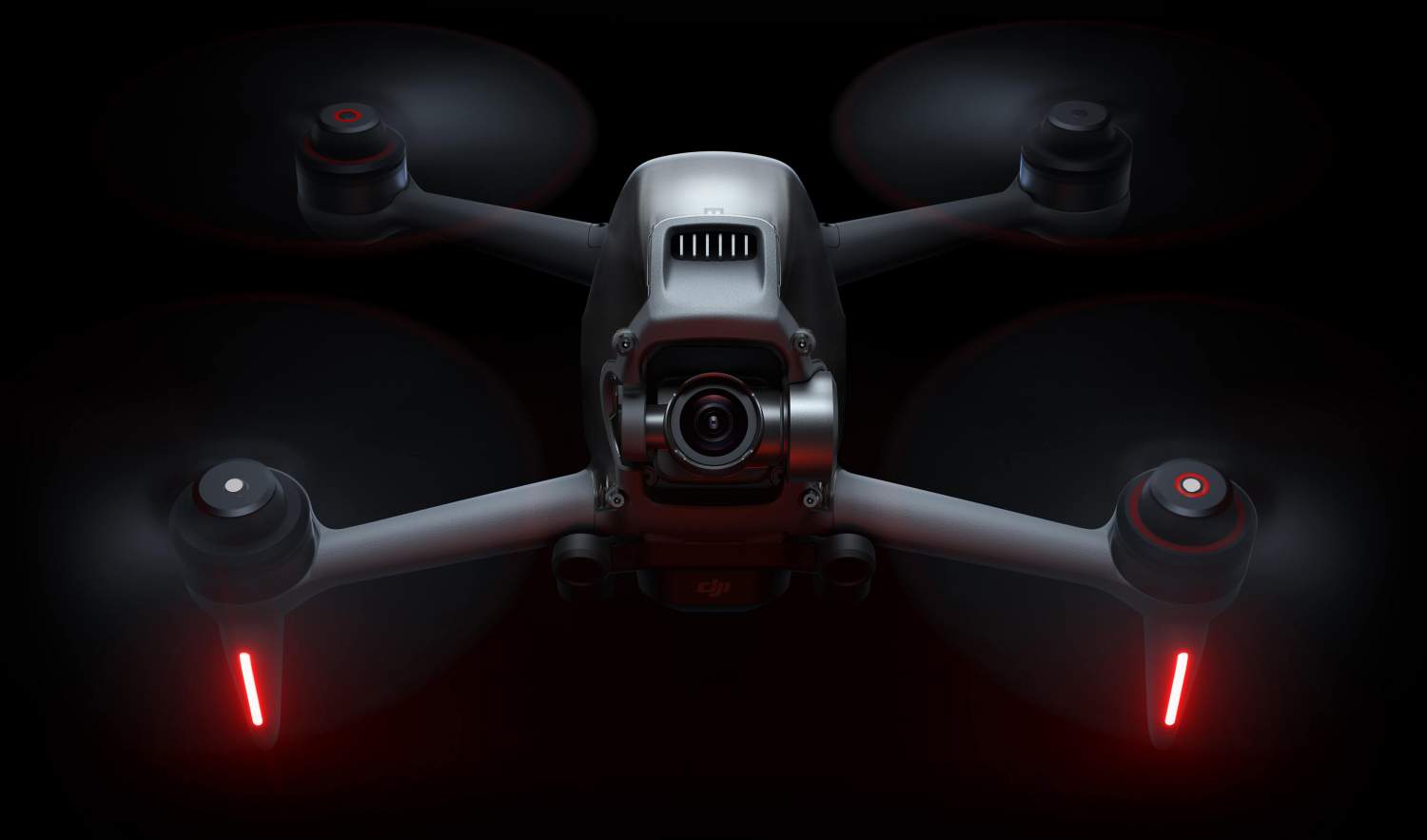 The DJI FPV is available from today, priced at $1,299 for the FPV Combo. That includes the drone, remote controller 2, FPV Goggles V2, a battery, and all the cables needed. The DJI FPV Fly More Kit, meanwhile, has two extra batteries and a charging hub, for $299, while the Motion Controller is sold separately for $199.