Disney is teasing a bunch of Star Wars product reveals, including a new game

It looks like Star Wars fans have a bunch of new reveals to look forward to in the weeks ahead. Disney has kicked off a new multi-week reveal event called “Bring Home the Bounty.” The event will see Disney announcing new Star Wars products weekly until the end of the year. An entire range of products is set to be revealed, and while we don’t know what most of these announcements will be, Disney has published a teaser that suggests a video game will be one of them.

Of course, the timing of this promotion is not a coincidence, with Disney revealing products that it says will make good holiday gifts. New products will be revealed every Tuesday at 6 AM PT/9 AM ET, with some of those products then going up for pre-order the following day.

The first batch of Star Wars products has already been revealed, and it contains pairs of Mandalorian-themed Crocs and sunglasses, two new Funko Pop figures (K-2S0 and Moroff from Rogue One), and two new retro-style Hasbro action figures depicting the Mandalorian and Boba Fett. To get an idea of what’s coming up, take a look at the image below. 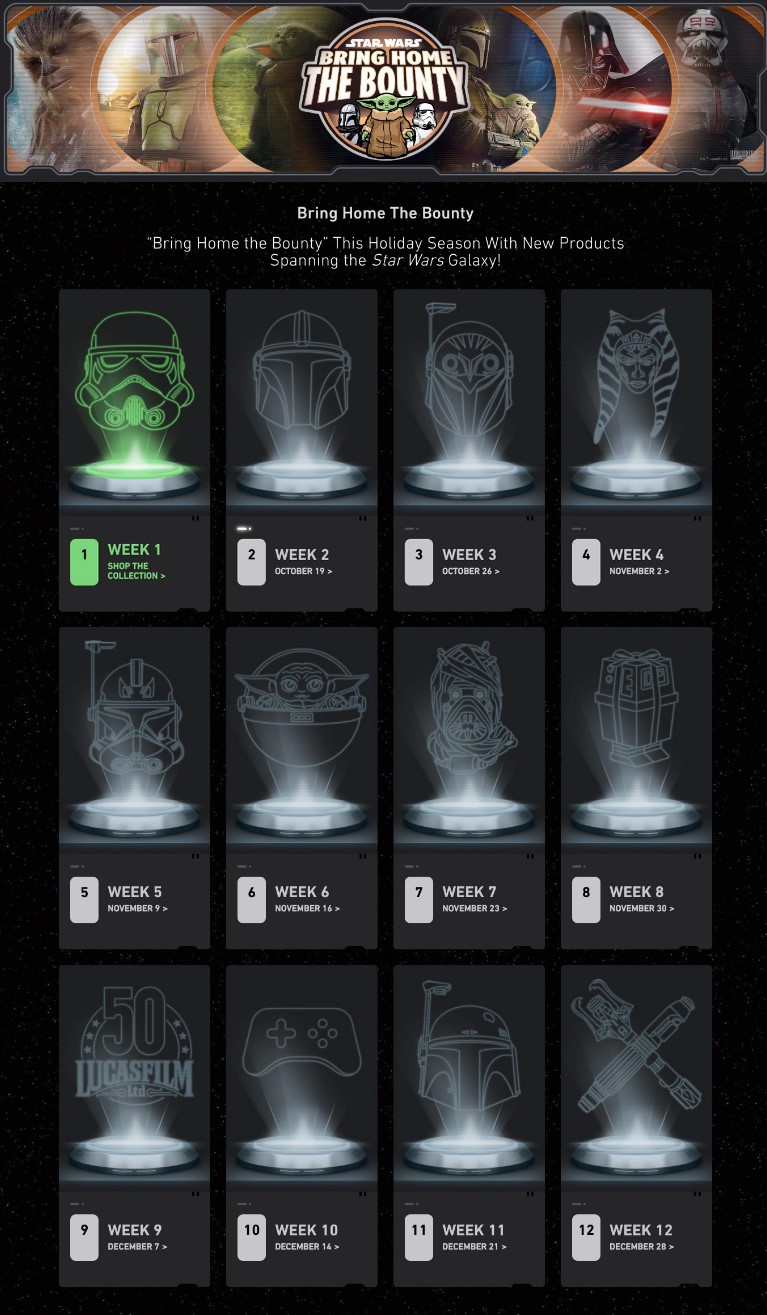 It’s hard to tell what most of these teasers are, as they simply depict characters from the Star Wars universe. However, the tease for week 10 depicts what’s very clearly a game controller, suggesting that a new Star Wars game will be announced on that day. We have no idea what this game is, but we know that multiple Star Wars games are in development, including an incoming remake of Knights of the Old Republic from Aspyr.

We’ve also heard rumors which claim that Quantic Dream is working on a narrative-driven Star Wars game, and of course, there’s the expectation that Respawn is already crafting the sequel to Star Wars Jedi: Fallen Order. This may be teasing the reveal of one of those games, but it could also be something entirely new that hasn’t been the subject of leaks yet. We’ve got a bit longer to wait as this game won’t be revealed until December 14th, but we’ll let you know what it is when the time comes.