DirectX 12 detailed for Xbox One, Desktop, and Mobile devices

Today Microsoft announced that DirectX 12 is officially headed to all of its platforms for futuristic gaming finesse. Both NVIDIA and AMD are pushing their claim for the collaboration gold on this release, with details on the Xbox One side of things coming mostly from the AMD camp, while NVIDIA appears to be firmly planting itself in the PC gaming side of the map.

With AMD, the team has named a number of benefits in the Direct3D 12 universe. They’ve noted that this release will have low-overhead API/Runtime that’ll get the most out of their GPUs. They’ve suggested that in addition to extending to the Xbox One, Direct3D 12 will work with the existing base of AMD customers. This feature set and driver model design in Direct3D 12 also “leave plenty of headroom for continued innovation,” according to AMD.

Below you’re seeing Microsoft’s presentation of 3D Mark scores for Direct3D 12 (below) and Direct 3D 11 (above), with vast improvements in speed. 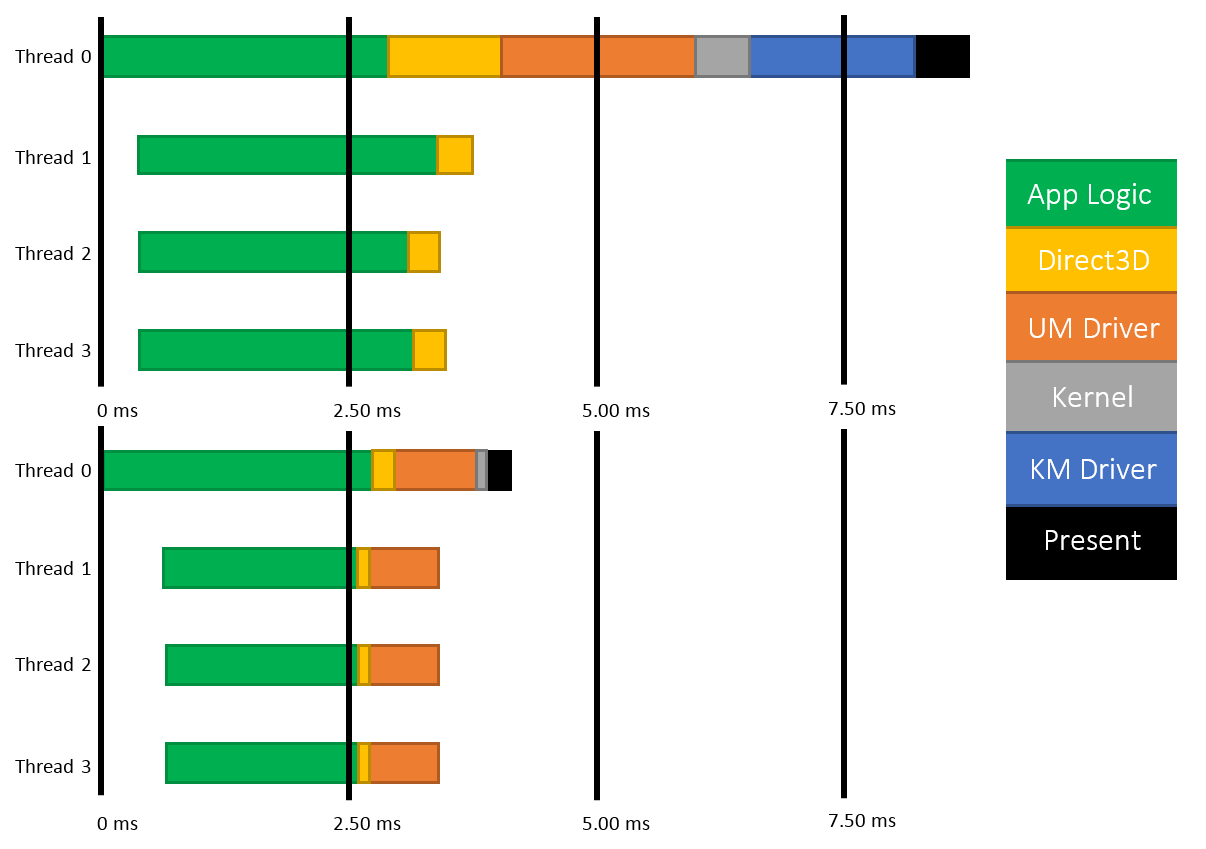 According to Microsoft, DirectX 12 CPU utilization has been halved since DirectX 11, with far better workload spread across multiple CPU cores. This update brings reduced overhead of state changes, “efficient” reuse of rendered commands, and a far more flexible and efficient resource binding model.

A demonstration of Forza 5 running at a smooth 60FPS on a PC onscreen let it be known that Microsoft meant business. 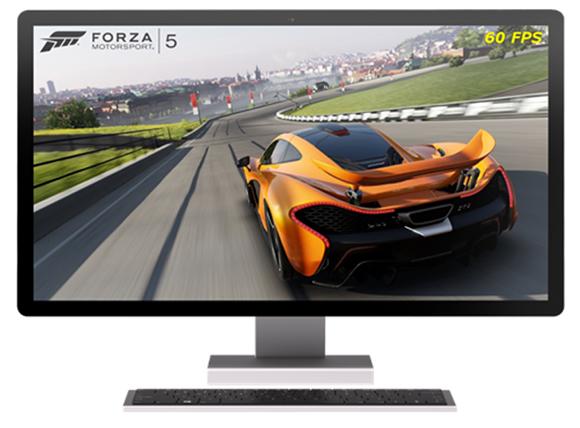 Microsoft also let it be know today at their GDC 2014 presentation that they’d be bringing DirectX 12 to mobile platforms. That means Windows Phone 8, Windows 8.1 RT, and whatever else they release in the near future.

“What makes Direct3D 12 better? First and foremost, it provides a lower level of hardware abstraction than ever before, allowing games to significantly improve multithread scaling and CPU utilization. In addition, games will benefit from reduced GPU overhead via features such as descriptor tables and concise pipeline state objects. …

NVIDIA also let it be known that they’d been working closely with Microsoft over the past year to bring DirectX 12 to the public. NVIDIA also made clear their promise to the developer public what they’d be doing with DirectX 12 in the near future.

“In addition, NVIDIA will match Microsoft OS support for DX12. Over 70% of gaming PCs are now DX11 based. NVIDIA will support the DX12 API on all the DX11-class GPUs it has shipped; these belong to the Fermi, Kepler and Maxwell architectural families.

With more than 50% market share (65% for discrete graphics) among DX11-based gaming systems, NVIDIA alone will provide game developers the majority of the potential installed base.” – NVIDIA

Stick around as we continue to dive in on DirectX 12, the next generation of gaming, and everything therein. While today’s showing let loose data on graphics, API, and the model, the future in Direct3D bits and pieces will come in the form of rendering features as well as deep-dives into new drives and application models.