Biologists uncover dinosaur tracks in formation with one another, suggesting carnivores walked amongst one another. What these ca. 50 footprints suggest, say biologist Pernille Venø Troelsen, is that these prints could have belonged to “two social animals, perhaps a parent and a young.” These tracks were first revealed to the public back at this year’s XIII Annual Meeting of the European Association of Vertebrate Paleontologists in Opole, Poland. It was there that Troelsen first showed the prints excavated between 2009-11 in a Bückeberg Formation in Münchehagen in Germany.

While most publications today are suggesting that these dinosaur prints were found and essentially confirmed to have been walking next to one another, one rather important point pops up in the original report. The fact that there’s a pretty good chance the prints were made at completely different times. 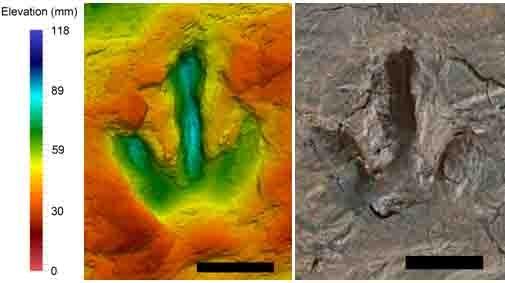 “There may be many years apart,” said Troelsen, “in which case it maybe reflects two animals randomly crossing each other’s tracks. We can also see that a duckbill dinosaur (Iguanodon) has crossed their tracks at one time or another, so there has been some traffic in the area.”

What’s important here isn’t the idea that these two dinosaurs were walking next to one another, holding hands, thinking about what kind of apartment they might buy together. What’s important is that these tracks are found in a relatively long path, and that information can be gleaned from their formation. 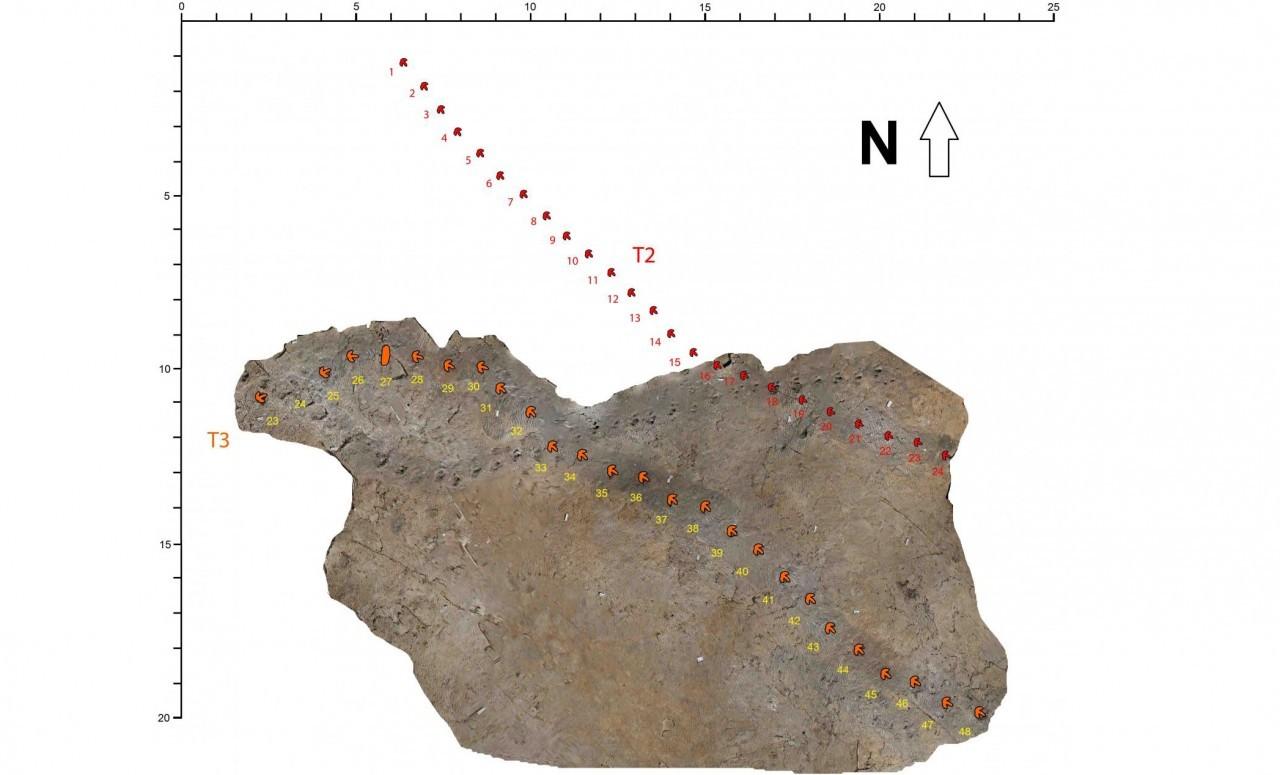 The smaller of the two tracks walks slowly. It slides in the mud, regains balance, and occasionally crosses its legs. The image you’re seeing above shows T3 (the larger dinosaur) and T2 (the smaller dinosaur) and their paths from west and north-west towards the south-east.

While the ca. 50 tracks have been seen and studied by geological studies in the past, Troelsen will be the first to submit a study on their biological implications. We look forward to more information on these 142-year-old footprints made by carnivores approximately the size of small modern humans.

For more information have a peek at the University of Denmark.