A study headed by marine geophysicist Sean P. S. Gulick described a clear timeline for asteroid impact that destroyed the dinosaurs here on Earth. This event was the end of the Cretaceous period, soon the Cenozoic, the crossover into which we’ll be running down today. Information comes from none other than the Chicxulub impact crater in Mexico. 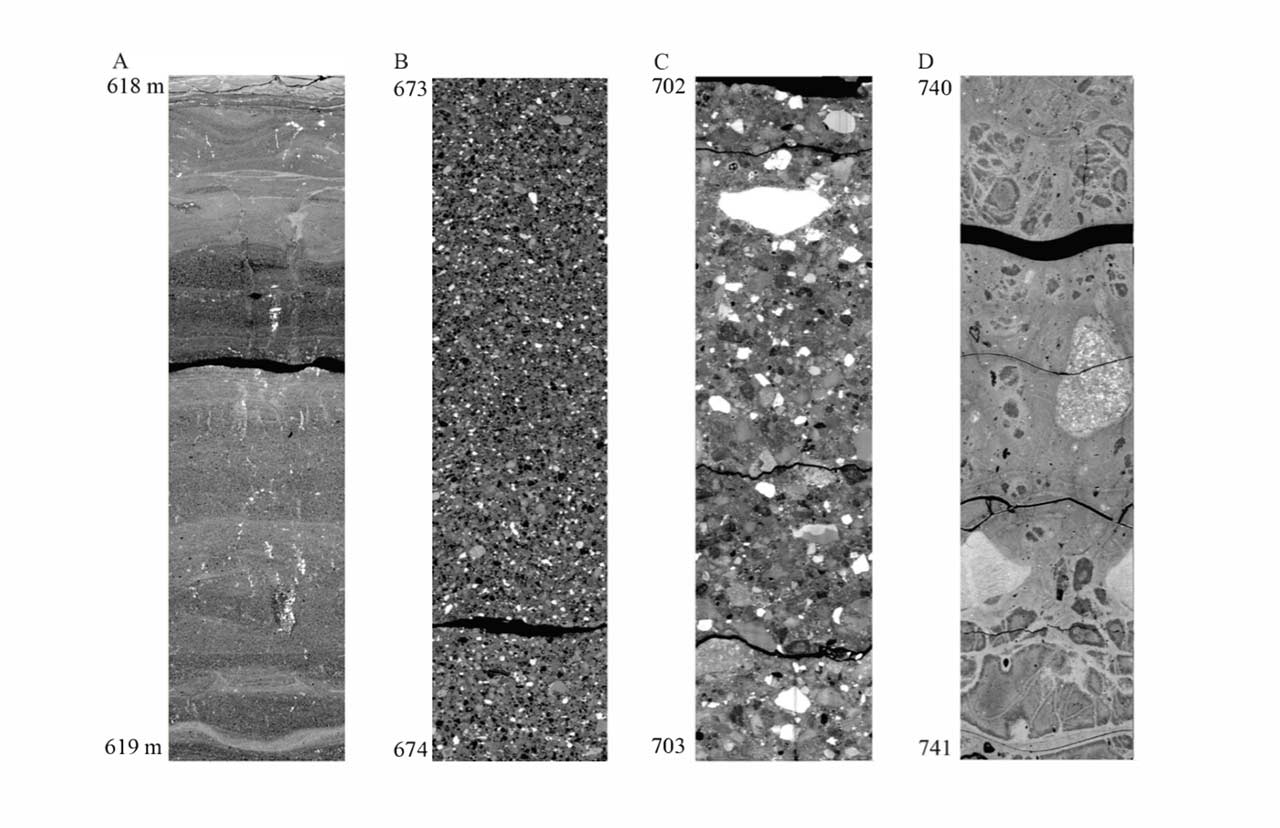 ABOVE: VIA “The first day of the Cenozoic” cited below – several samples of debris from the sample site.

Samples came from Site M0077, which included “∼130 m of impact melt rock and suevite deposited the first day of the Cenozoic covered by <1 m of micrite-rich carbonate deposited over subsequent weeks to years.” Using these cores, research shows a new interpretation of the events that occurred upon impact.

According to the study, it was only minutes after the initial impact that the peak of the crater was formed and capped in melt rock. Basement rocks were liquified within minutes after impact, forced up and out to create a ring of hills. Tens of minutes later, this peak ring was covered in approximately 40-meters of brecciated impact melt rock and all manner of pieces that were at once blasted apart.

The land in the area was at first covered in shallow water. Once the impact took place, all water in the area was blasted outward. It was approximately 30 minutes before a resurgence of water reached the point of impact. Evidence suggests that resulting tsunami waters returned hours after impact.

Any dinosaur within the immediate area was annihilated very quickly after impact. It was the plume of material after impact that was previously assumed to be the most likely cause of massive loss of life worldwide – not least of all for dinosaurs of all sorts. Moments after impact, said the study, “variably shocked sedimentary and crystalline target rocks were excavated by ballistic ejection and/or transport within an impact plume, consisting of vaporized material, melt, and solid particles.”

This study provides additional proof for the global cooling hypothesis. They’ve found some evidence that points to nonlinear degassing at this point after impact – they even suggest that “the amount of sulfate aerosol produced [may have been] underestimated.” But no evidence contrary to the point was found – all details “support sulfate aerosol-induced global cooling and reduction of photosynthesis as an important kill mechanism at the K-Pg boundary.”