Today scientists have reported finding a dinosaur that’s unlike any they’ve found before. University of Edinburgh paleontologist Steve Brusatte called this dinosaur a “fluffy feathered poodle from hell.” This creature was discovered in Zhenyuan County in Gansu, China. “Zhenyuanlong” means dragon of Zhenyuan – though it doesn’t look like any of the wide variety of mythical flying beasts we’re used to seeing. This dinosaur looks more like a chicken. A chicken with velociraptor claws and teeth in what eventually evolved into a beak.

The image above shows the creature running through a forest. This image was build using recreations of the bone structure of the dinosaur mixed with the mind of artist Zhao Chuang. This artist is known for his wildly sophisticated techniques in recreating ancient creatures.

You can also find a full-sized version of this image VIA National Geographic by clicking the thumbnail below – suitable for wallpapering your phones, tablets, and whatever else! 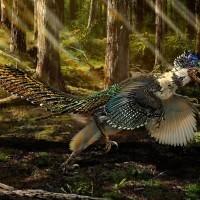 The forest you see above shows what the landscape might have looked like during the period in which this dinosaur lived, the Cretaceous period.

UPDATE: We were wrong! This dinosaur’s full name translates to “Zhenyuan Sun’s dragon.” This does not correlate with the area in which it was found, it’s a name which honors the person who “secured the specimen for study.” This fossil was actually found in the Liaoning Province, China.

The early Cretaceous, when this creature lived, was around 125 million years ago. This dinosaur was closely related to the Velociraptor, a dinosaur that was slightly smaller than the creatures you see running through films like Jurassic Park and Jurassic World.

A full-sized Zhenyuanlong suni was about 5-feet long. 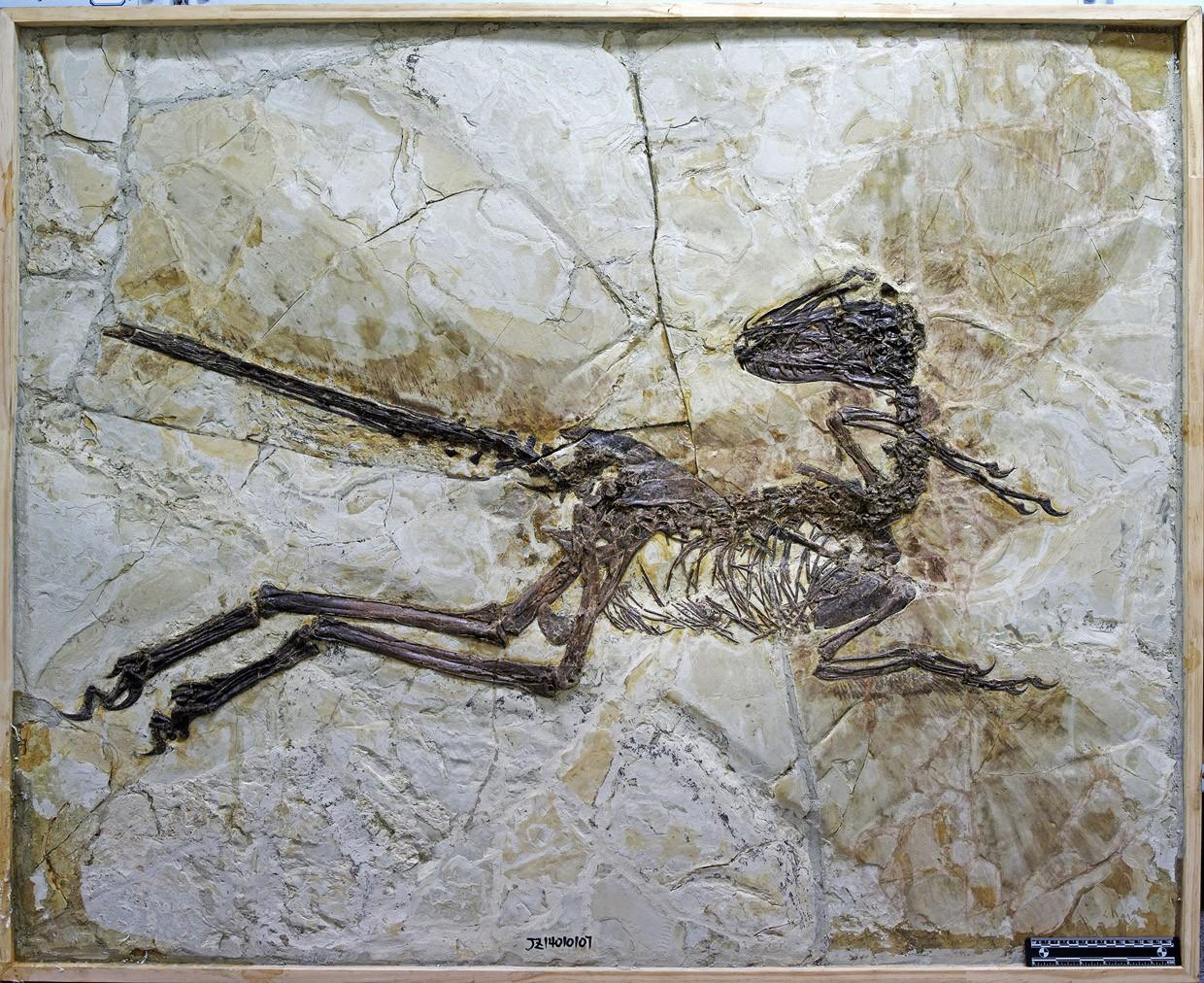 What’s particularly awesome about this find is the relatively complete nature of the fossil. Included in one conglomeration of ancient rocks is a nearly-complete skeleton with fossilized feathers.

While it would at first appear that this creature was made to fly, scientists publishing the study we’re working with here suggest that these feathers were more likely used for hunting. Holding down prey and moving swiftly through the underbrush with a beautiful bit of plumage – that’s what Zhenyuanlong suni was all about.

You can learn more about Zhenyuanlong suni in the paper “A large, short-armed, winged dromaeosaurid (Dinosauria: Theropoda) from the Early Cretaceous of China and its implications for feather evolution” with Scientific Reports via code doi:10.1038/srep11775. This paper was authored by scientists Junchang Lü and Stephen L. Brusatte.