Did we really need a Chrome OS after all

Last week’s big rumor was that Google, or Alphabet rather, was contemplating, nay already working on, folding Chrome OS into Android. To those who have never heard of Chrome OS before, it’s business as usual. But for those who have been following Google’s two-pronged OS strategy, it raises some hard questions. Was Chrome OS really necessary in the first place? Better yet, did it make sense at all? And when or if this restructuring is over, will there be tears shed for the browser-based operating system that was designed for low-powered, affordable laptops?

The case for Chrome OS

Google’s history and its business is rooted in the Web. In fact, you could say that it was Android that was the unexpected and almost questionable diversion. But fast-forward to today, it is Android that is seemingly here for the long-term, while Google’s Web-based platform is getting second chair, if not booted out entirely.

The Internet, the cloud, and the abundance of Internet-based apps and services have made it possible for people to connect anywhere, from any device that has a browser. Some have even boasted being able to live, even work, just inside their browsers. But when Google took that to its logical conclusion in 2009, there were still some head scratching to be done. By that time, its Chrome web browser was already established as one of the giants in the industry, rivaling Mozilla’s Firefox and further pushing Microsoft’s Internet Explorer into obsolescence. But when Google came out with an OS built completely around Chrome, it was a bit of a puzzle.

Chrome OS’s appeal, or at least its spiel, was two-fold. First, it allowed you to do everything you can do on a browser, now in an operating system of its own. And as many a road warrior would testify, that’s almost everything you use a computer for. Document and spreadsheet editing, music and video streaming, and even some form of gaming. The web technologies used by Chrome, the browser, for extensions and web apps allowed Chrome, the OS, to expand almost into a full-fledged operating system that could almost rival Windows. At least for the core computing use cases.

The second advantage was size. Chrome OS is basically a glorified web browser running full time all the time. It was running Linux underneath, that’s true, but everything else, including the windowing system, was Chrome or customized and optimized for the web browser. In practice, this meant that it took very little hardware muscle to get Chrome OS running. In fact, that was supposedly its great market value. Chromebooks would practically supplant the short-lived netbook category, tempting users with super low prices for a portable PC that could cover your basic needs.

Those were the key strengths of Chrome OS. Those were also its weaknesses. 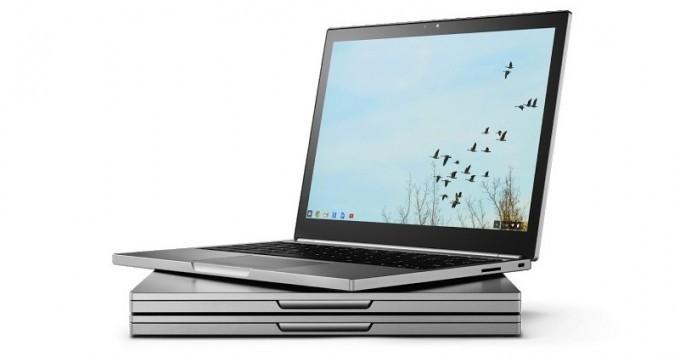 Chrome OS and the problem of scale

Chrome OS was good for what it was initially conceptualized for. Unfortunately, that may have been all it was good at and nothing more. As if trapped in Neverland, it was a like a child who could not and would not grow. It was great for browsing the web, doing office work, streaming media files, and all those things that you can indeed do inside a web browser. But for anything else you might want to use a computer for, it didn’t match up to expectation. For a time, even access to local storage was a thorn in its side. Google expected everyone to just store in the cloud. Reality, however, proved otherwise. While web technologies have indeed advanced to the point where decent games can be written and played, it still has a long way to go to catch up with even the simplest non-trivial games on Android or Windows.

Google has also seemingly painted Chrome OS into a corner when it came to hardware. It was great at running on low-powered devices but, almost ironically, if you tried to put it on more sophisticated equipment, its spell starts to fall apart. Chrome OS wasn’t designed for touch screens. Yes, it does respond to touches much like a browser would, but anything beyond basic gestures of tapping, swiping, and pinching are lost on it. Chrome is fast enough for some, but there are compromises to be made between speed and features. Chrome OS even more so. There are operations and uses cases where a web app just doesn’t cut it and a native application would offer a better experience. But by the time you need to run native apps, the whole appeal of a completely web-based OS is lost. Not to mention you’ll need even more processing power than low-cost Chromebooks offer.

To sum it up, Chrome OS is great on Chromebooks. But put it anywhere else, like perhaps a tablet or a smartphone, and it starts to show its warts.

In stark contrast, Android has evolved to embrace almost everything. It took Google a while before it even acknowledged tablets, but when it opened that door, Android started spreading to every piece of computing equipment imaginable. And it even worked well! From phones to tablets to all-in-one PCs, to set-top TV boxes, to gaming handhelds, to mini PCs, to car infotainment systems. And yes, some even try putting it on laptops. Notice that not all of those devices supported a wide range of input devices as well. And it’s not just in the hardware but the software itself. Android has become leaner, less resource intensive, and more resource efficient. You can now put Android 5.0 in devices with the same processing power as a Chromebook it would fly just as fast, maybe faster. Android is also slowly shedding off its phone and tablet centric user interface. We have TV-sized screens, voice-controlled car controls, and multi-window is just a few hacks away. There is also no shortage of attempts to give a more desktop-like experience on top of Android. Google itself might already be hinting as much when it unveiled the unexpected Pixel C. 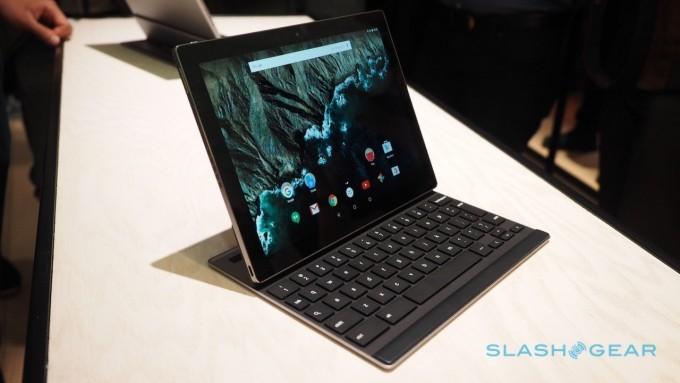 To say that Android is almost everywhere probably wouldn’t be an exaggeration. If before, people claim to be able to live only in their browsers, now perhaps many more will claim they can live inside their Android devices. And since Android devices almost run the whole gamut of available consumer electronics, that wouldn’t be a lie either.

Freshly minted Google SVP for Android, Chrome OS, and Chromecast Hiroshi Lockheimer reassures that the company is committed to Chrome OS and Chromebooks. Of course, it couldn’t say otherwise. It has invested so much into Chrome OS and have partnered with too many companies, OEMs and schools, to just drop the ball like that. The transition away from Chrome OS will most likely be slow and gradual, but it will nonetheless be felt, now that the cat is out of the bag, so to speak. Chrome OS, for a time, might have had some appeal and might have even made sense. But that time has quickly passed and it has been overshadowed and perhaps obsoleted by Android.

And what of the host of supporters of web apps as the way of the future? The debate between web apps and native apps is still ongoing but it is orthogonal to the discussion of Android vs Chrome OS. After all, you could live inside your browser running on Android just as many have lived in their browsers running on Windows, Mac, or even iOS. You can’t really say the same in reverse. Google might continue nursing Chrome OS until it quietly rides into the sunset, but it might be better served making Chrome on Android an even more kickass browser that can run anywhere that Android can. Which is pretty much everything these days.