The release date for Diablo II Resurrected is quickly approaching, but Blizzard will be hosting a pair of beta tests before the full game arrives. The first is an early access test that will only be available to those who pre-ordered the game, while the second is an open beta test that anyone can participate in. Today, Blizzard confirmed the dates for these beta tests and revealed details about each of them.

The early access beta will be taking place this weekend, kicking off on Friday, August 13th for PC, Xbox Series X|S, Xbox One, PS5, and PS4 players (sadly, no Nintendo Switch) who pre-ordered Diablo II Resurrected or the Diablo Prime Evil Collection. The beta will begin at 10 AM PDT, though you can see the start time for your specific time zone in the image below. The early access beta will run until Tuesday, August 17th, at 10 AM PDT. 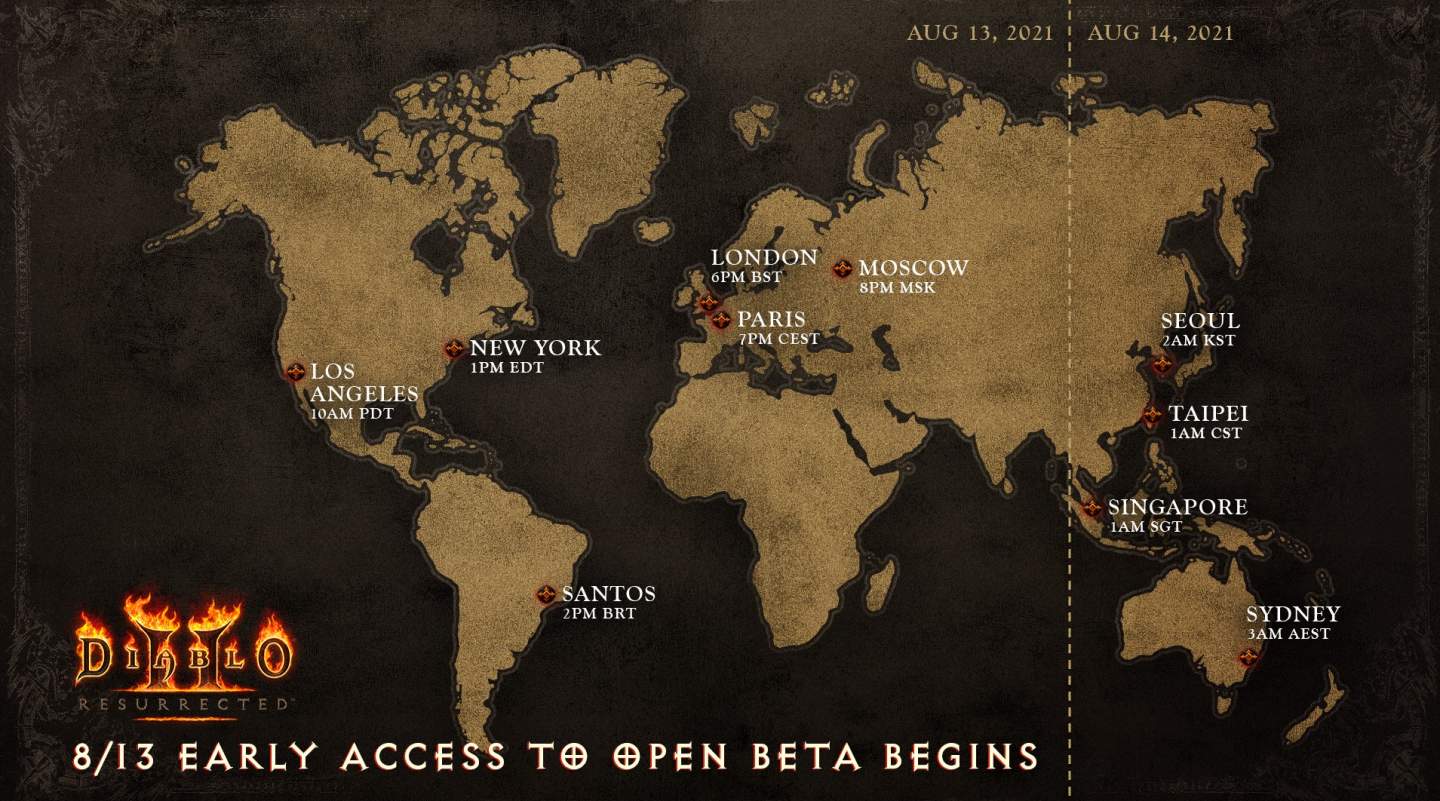 The open beta will kick off on the same platforms a few days later, running from Friday, August 20th at 10 AM PDT to Monday, August 23rd at 10 AM PDT. This beta is free for anyone on the supported platforms listed above to participate in, regardless of pre-order status. Once again, you can check the image below for regional start times. 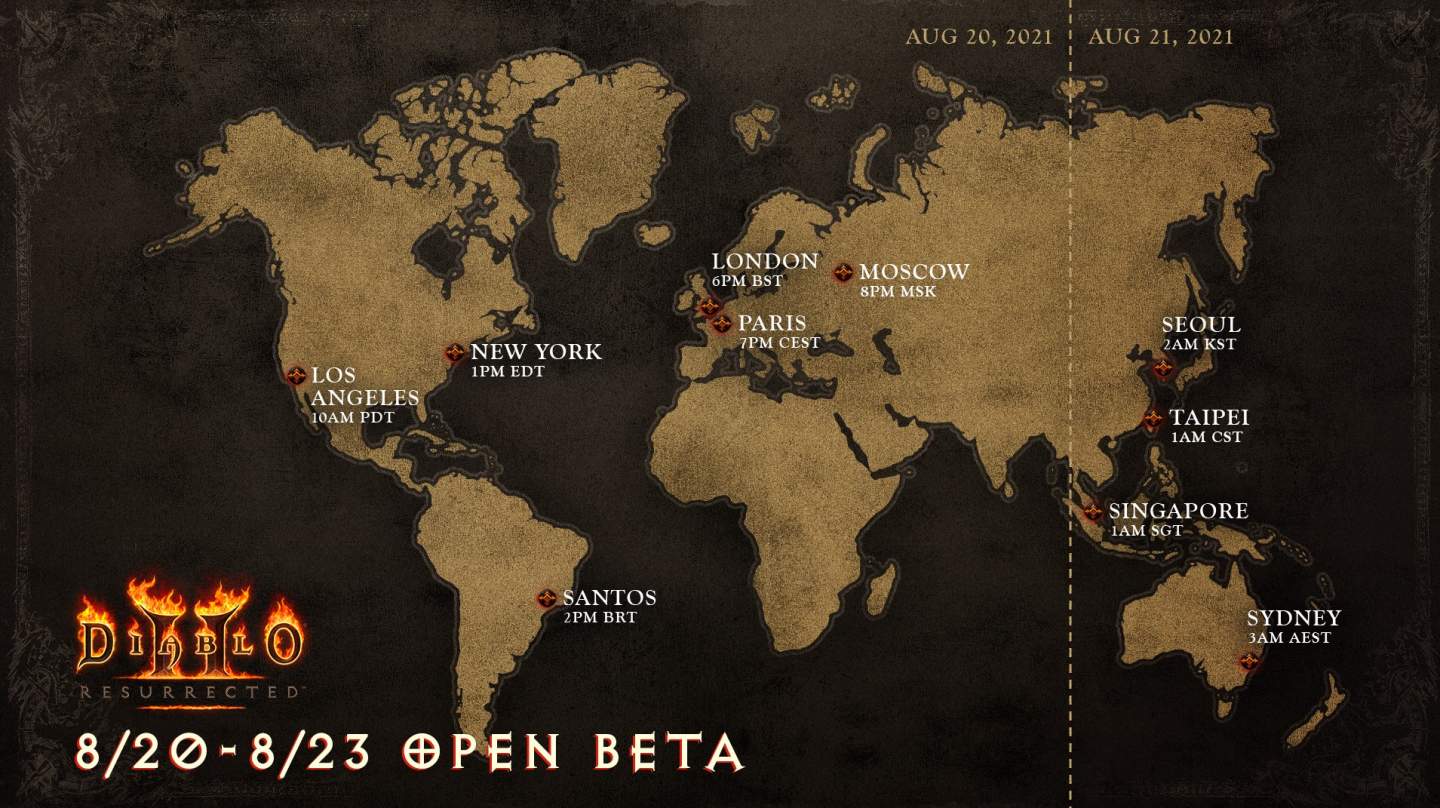 This will be a multiplayer beta, so you’ll be able to link up with friends, but like the technical alpha we saw earlier in the year, progression through the story will be limited to just Acts 1 and 2. However, there will be two new classes to play this time around, as Blizzard has added the Paladin and the Druid to these betas. They’ll be joining the Barbarian, Sorceress, and Amazon, the three classes available during the technical alpha. Sorry, Necromancer and Assassin fans, but it looks like you’ll need to wait for the full game to play as your class of choice.

Blizzard has put together a lengthy FAQ about these betas, and that can be found over on the company’s news site. Diablo II Resurrected is out on Nintendo Switch, PC, Xbox Series X|S, Xbox One, PlayStation 5, and PlayStation 4 on September 23rd, 2021.