The first thing I wrote about Destiny after I’d first began to play it was “Destiny is nothing if not gorgeous.” This game immediately reminds one of Killzone: Shadow Fall once inside a map, but before you there, you’re given the impression that you’ve dropped into the wrong game. I thought this was supposed to be a first-person shooter – why am I picking facial features and hair color?

As it turns out, Destiny is a bit more complicated than I first expected. It doesn’t come with so many controls and options that I’m left overwhelmed – that happens when I attempt to play most MMOs (Massively Multiplayer Online games). Here it feels like the creators at Bungie have reached a happy medium between far too many options and not quite enough – you can kick back and kill or dive in and modify. 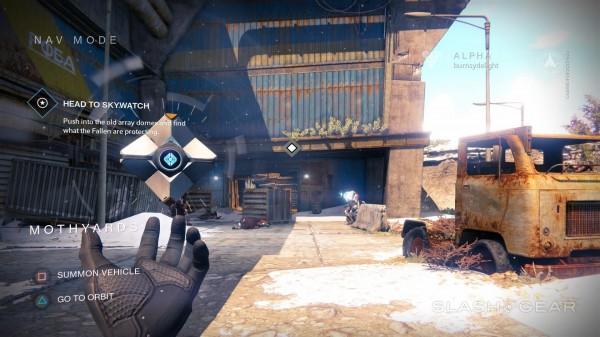 What you’ll see above is some really basic gameplay. We’re in on one of the first arenas of gameplay and we’ve got the most basic setup – a rifle, a shotgun, a knife, and some grenades. What you’re going to want to pay attention to here most is how the game flows.

Your enemies will fall down, ready to be continuously kicked and stabbed as you like, but they’ll disintegrate within a minute if you leave them be. If your enemies kill you, but at least one of your comrades lives, you’ll be able to respawn near them in a safe place. 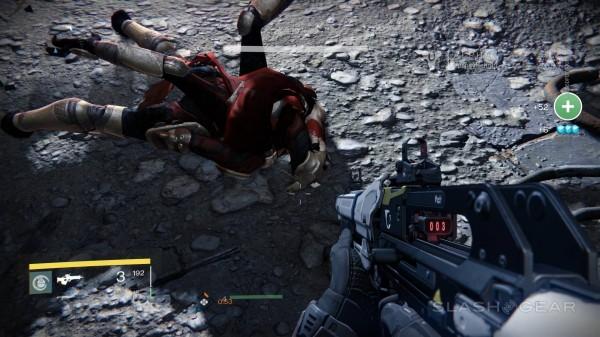 This game i.e. extremely smooth – shockingly smooth, even. Here in Old Russia, in the ruins of a once great Earth, every detail looks and feels great. Note also that this is just 720p as we’ve exported with the PS4’s standard export solution. We’ll be grabbing much finer resolution video as soon as possible.

Above you’ll find a Twitch recording of our first session as well. This is also relatively low resolution and not at all an accurate representation of the graphics you’ll see in the game on your TV at home. Keep that in mind! 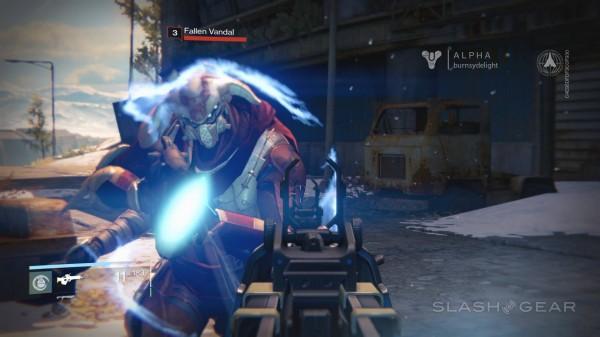 Below you’ll see several screens from the character creation segment of the game. While we’re not getting nearly so detailed as Elder Scrolls, we’re still given a mighty large amount of options for a game in which we rarely see our own faces anyway. 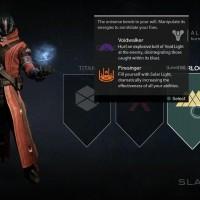 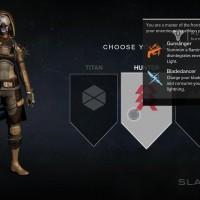 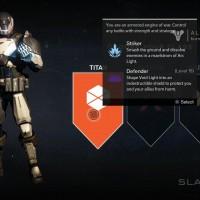 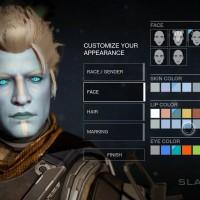 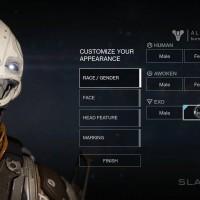 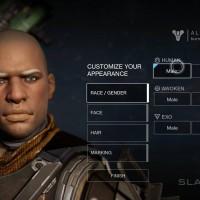 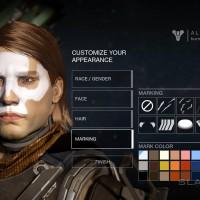 Finally you’ll see a Life Twitch video feed linked to BurnsyDelight – that’s me – that’ll be active off and on over the next few days while the Destiny Alpha lasts. You can check in here or subscribe through the portal to get notifications on when we’re broadcasting.

This is only the beginning. Stick around as we continue to dive in on Destiny in the immediate future and on into the future as well. Our Destiny tag portal is growing by the day!