There’s still a lot we don’t know about Destiny 2 aside from Bungie’s intention to release sometime in fall 2017. That release window may have just been narrowed thanks to a leak from an Italian retailer. A promotional poster, of all things, may have just spilled the beans on the release date for one of the most anticipated games of the year.

Lega Network first spotted the poster, which gives Destiny 2 a release date of Friday, September 8. Since games typically release in Europe on Fridays, this date becomes a little more believable. It’s worth pointing out that this could mean a September 5 release date for the US, as major releases typically arrive in the US on the Tuesday before they launch in Europe.

In looking at the launch date for the original Destiny, this release date makes a lot of sense. Bungie and Activision released Destiny on September 9, 2014, so the date this poster advertises matches up nicely with that. Activision has been saying for a while that Destiny 2 will be a fall 2017 release, lending even more credibility to this leak. 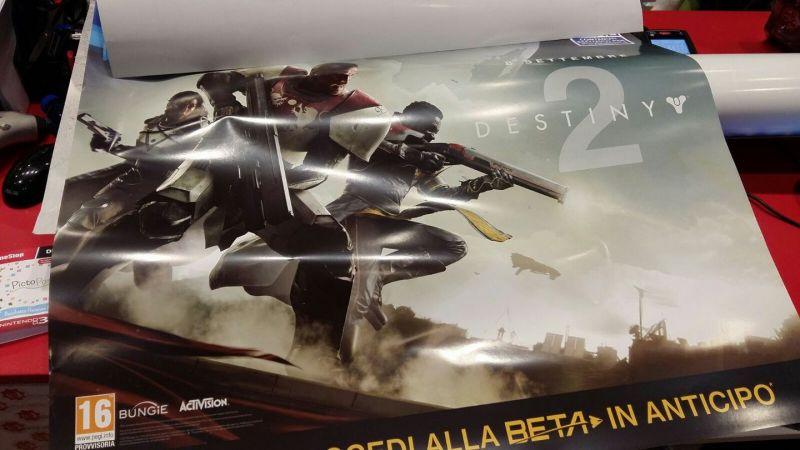 All of this and Destiny 2 still hasn’t received an official announcement yet. At one point, Kotaku had said that the announcement would be coming today, but later noted that it was incorrect and that the reveal would be coming “soon.” What that means is anyone’s guess, but if Bungie and Activision truly are targeting an early September release, then we should get official word before long.

Unfortunately, Bungie has already confirmed that your progress from the first game won’t carry over to the second, even though that was the original plan when Bungie first started working on the Destiny series. As always, keep it here at SlashGear for more, because we’ll have coverage of Bungie’s announcement whenever it decides to make Destiny 2 official.