Shortly before CES kicked off, Dell unveiled its new XPS 13 refresh. Now that the show is underway, Dell is showing off that new notebook the floor, but it also had another, arguably bigger, reveal in store. Today, the company announced the new XPS 15, which will be a 2-in-1 convertible machine, a first for the line.

With the XPS 13 adopting a 2-in-1 design a couple of iterations back, it seemed like only a matter of time before the XPS 15 followed suit. Dell says that this is the “smallest, thinnest” 2-in-1 in its class (that being 15-inch notebooks), with a thickness that clocks in at just 16mm. We have the presence of GORE thermal insulation to than for that, which allows for a decent compromise between cooling and size.

On the inside, hardware configurations start with an 8th-gen Intel Core i5-8390G and a Radeon RX Vega M GL graphics card with 4GB of HMB2 RAM. You’ll have the option of jumping up to a Core i7-8705G CPU if you so choose, but we imagine that’s going to drive the price up significantly. RAM is available in quantities up to 16GB, while you can outfit this laptop with an SSD as large as 1TB if you feel like getting particularly crazy. 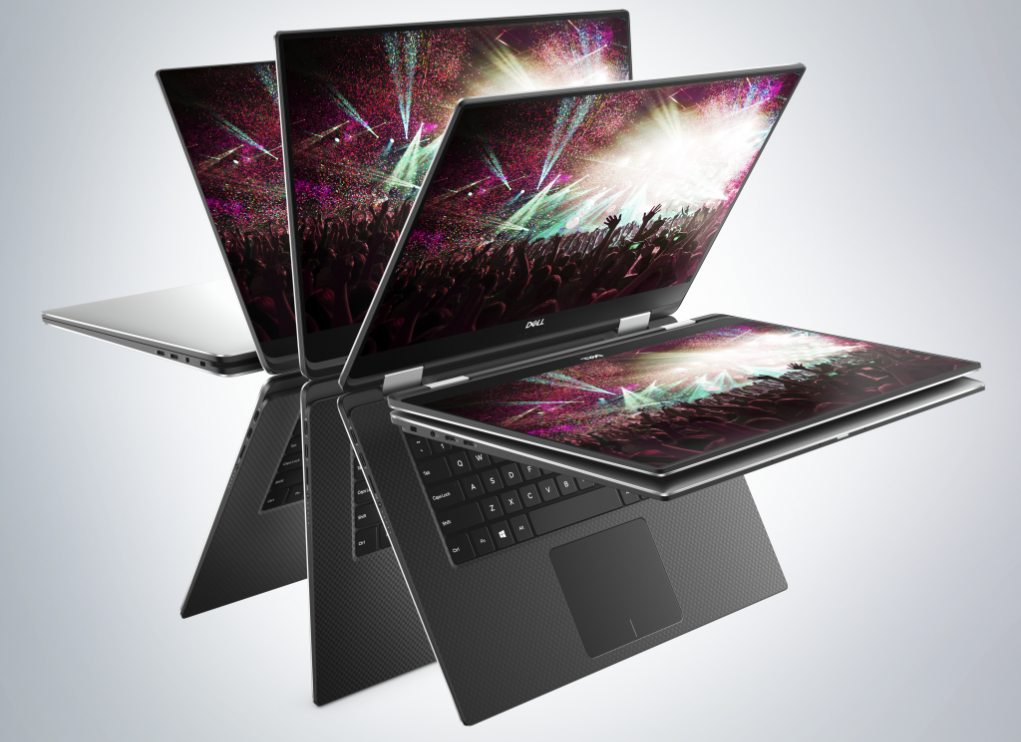 Dell says that the 75WHr battery is capable of lasting as long as 15 hours, which is quite the impressive quote for a laptop so thin. Obviously, your mileage will vary depending on what you’re doing, but regardless, Dell insists that you can leave the charger at home. The star of the show is likely to be the XPS 15’s 15.6-inch 4K display, which boasts 100% Adobe RGB color spectrum and might just drain that battery faster than the quoted life would have us believe.

Dell expects to have this on store shelves sometime in April. When it arrives, its price will start at $1,399, but we imagine it can go quite a bit higher depending on what kind of hardware configuration you choose. Keep it here for more, and be sure to check out our CES 2018 hub for more coverage from the show!