Dell’s latest ultraportable has made an appearance at the FCC, and quickly been identified as the Latitude Z spotted in the wild last June.  The distinctive angled rear panel is what gives the otherwise unnamed notebook away, expected to be a 15-inch machine with a processor from Intel’s Centrino range.

Other specifications include a fingerprint scanner, multiple USB 2.0 ports, DisplayPort and ethernet, while inside we’re assuming there’ll be WiFi and Bluetooth.  Interestingly the otherwise-sparse FCC filing only mentions WiFi b/g rather than the faster draft-n standard.

No official release date – nor even confirmation that the model exists – has been forthcoming.  However you could read something into Dell’s request for confidentiality to the FCC: they’ve asked that external photos and the user guide not be released until after October 25th. 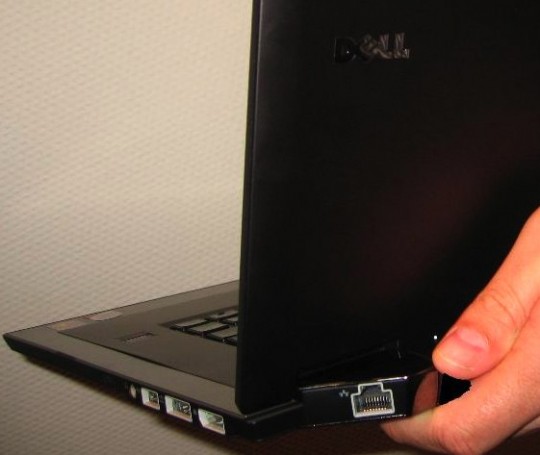