Dedication. It’s what sets the diehard fans apart from the casual players in gaming. If you thought you could count yourself among the biggest fans of the popular Fallout series, think again. With the recent announcement of Fallout 4, gamers are eagerly awaiting their chance to jump into the latest post-apocalyptic, open-world RPG setting this November. Pre-orders began earlier this week, through the typical merchants, but one fan has decided to place his order directly with developer Bethesda. By mailing them over 2,000 bottle caps.

See, the Fallout series always features a retro-futuristic style, with gameplay taking place in an alternate timeline, following a global nuclear war. So bottle caps are what’s used as currency in the game. 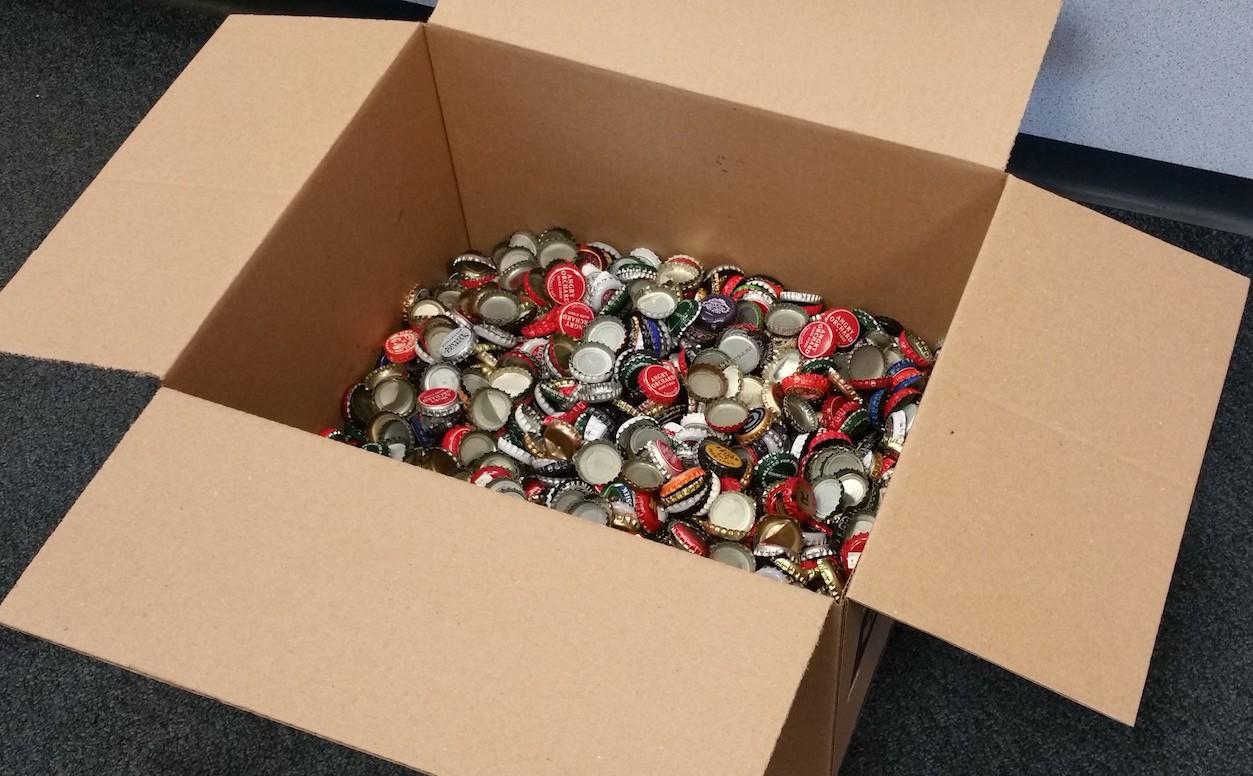 Seth, who goes by the username GatorMacheteJr on Imgur, says that 2008’s Fallout 3 was his favorite game for quite some time, and following its release, he started collecting bottle caps while in college. “Turns out 4.5 years of undergrad and three years in a Master’s program leads to a lot of drinking,” he explains. Cut to today, and he says he ended up with roughly 2,240 bottle caps, weighing 11.2 pounds.

He then did what any dedicated fan would do. He boxed them all up and mailed them to Bethesda with a clever note, saying this was his payment for Fallout 4. He didn’t reveal how much the shipping cost, but it probably wasn’t cheap. Then again, you can’t put a price on stunts like this. You can checkout the letter he sent below. 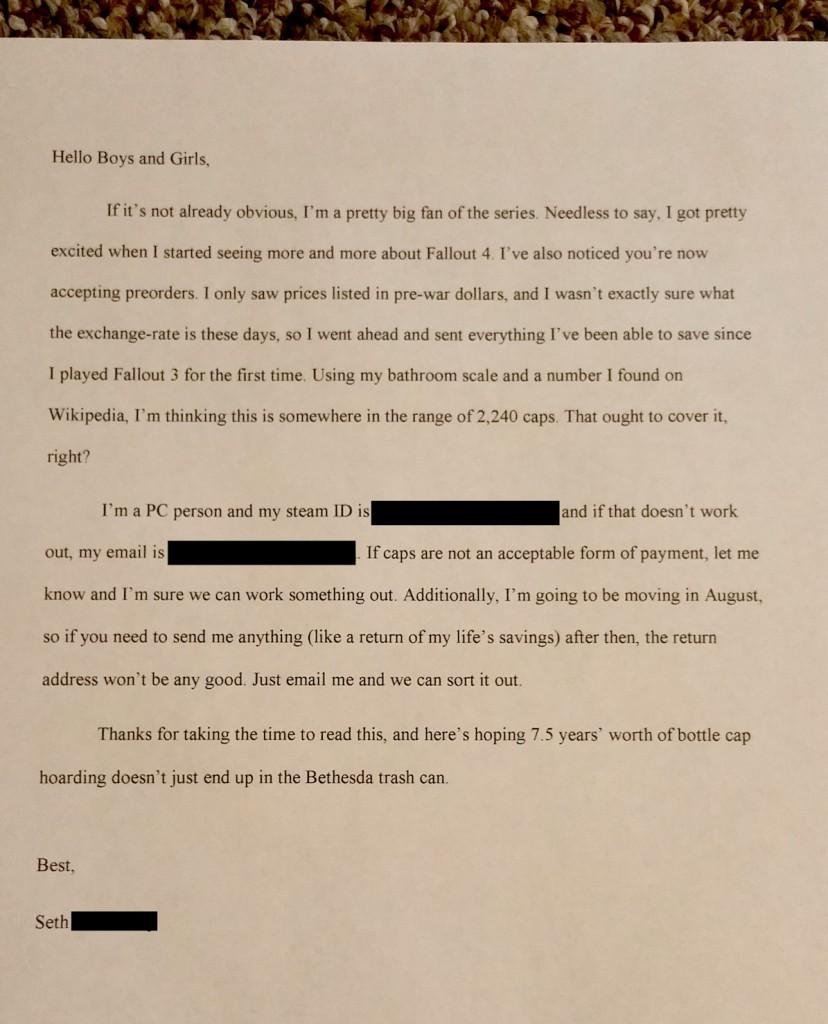 Along with his photos, Seth mentions that he hopes “this post gets popular enough their PR department will be too nervous to turn me down.” But even without any attention it generates, Bethesda would be crazy not to reward a fan like this, if not with a copy of the new game then at least something special. Besides, how else was he supposed to pre-order when places like Amazon and GameStop only accept pre-war dollars?