In Washington D.C., the Museum of the Bible commissioned independent investigators to conduct research into the authenticity of their most valuable possessions. They had a collection of the “Dead Sea Scrolls”, a set of texts, fragments of what were supposed to be the oldest known surviving copies of the Hebrew Bible. Unfortunate for them, all 16 fragments in the museum’s collection were forgeries.

Research showed that these forgeries were masterpieces of forgery – to be sure. It wasn’t immediately apparent that they were fakes – they fooled their fair share of collectors and curators. But though the leather on which the texts were written may be old, the writing was found to have been done in modern times.

This latest investigation went in close. Extremely close. They took a peek at the fragments down to the millimeter. Above you’ll see a screenshot of an application used by “Art Fraud Insights” – see more in in the video below. 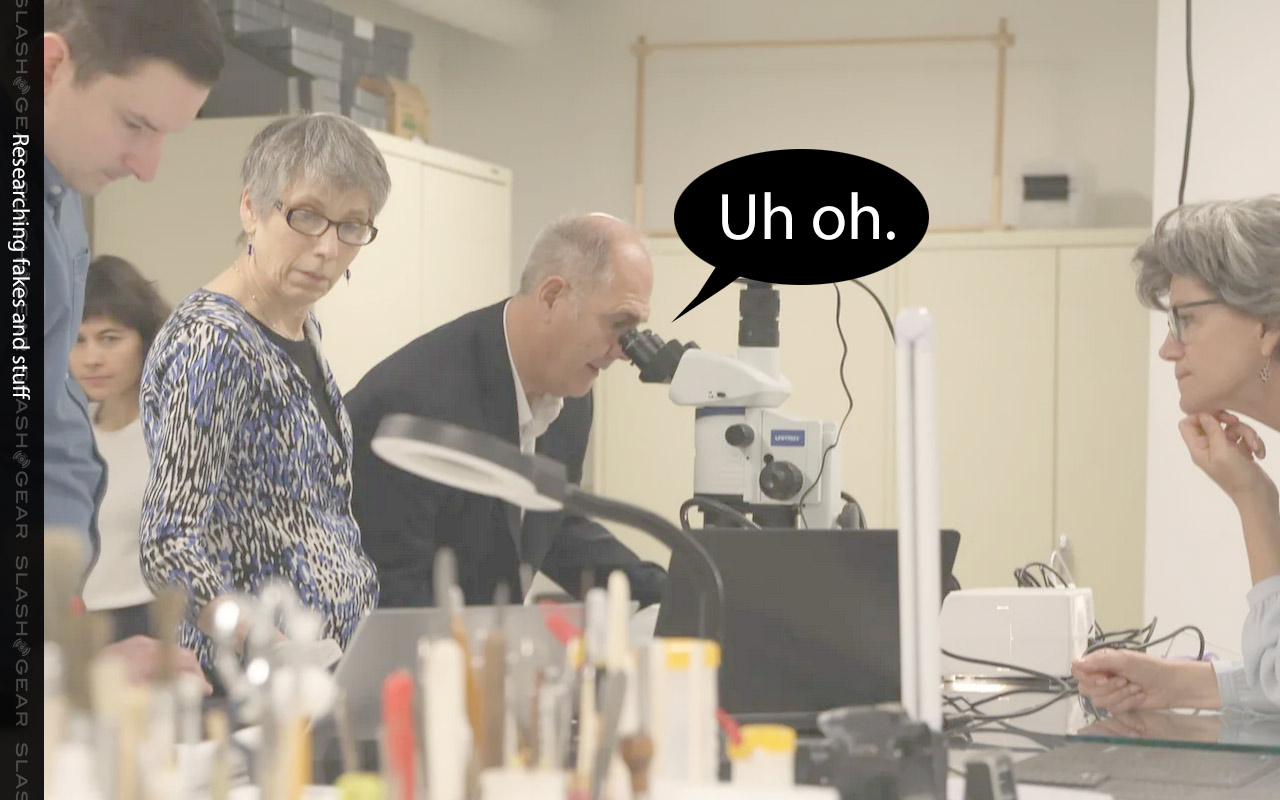 This announcement was just the latest in ongoing investigations of a collection of “Dead Sea Scrolls” fragments that have appeared on the market in the past 20 years. One research project by the name of The Lying Pen of Scribes continues its quest to track these fragments – and other, similar pieces of history: “Manuscript Forgeries, Digital Imaging, and Critical Provenance Research.”

This is also a continuing investigation which, in late 2018, turned out five fragments that were also forgeries. That first bit of investigation was done with Germany’s Federal Institute for Materials Research, this newest bit was done with the group called Art Fraud Insights. You’ll see a bit of their work in the video below.

Some Dead Sea Scroll fragments may be real

Some 100k Dead Sea Scroll fragments remain in the Shrine of the Book in the Israel Museum in Jerusalem. Those pieces are not, at this time, under investigation. They are far more likely “the real deal” so to speak. There may also be “real” fragments elsewhere in the world. But the bits that appeared in this museum were announced to have been made to deceive.

If you’ve never heard of the Museum of the Bible before, you might also want to listen to an episode of a How Stuff Works podcast (Behind the Bastards: How Hobby Lobby Funded Terrorism And Tried To Destroy Democracy). In short – this museum doesn’t have a great track record.