This morning the folks at dbrand have revealed their collaboration with OnePlus smartphones with a Half-Life 3 teaser. That’s strange, you might be saying – why would they tease something that couldn’t possibly exist? I’ll tell you why: because it’s silly. Because it generates hype. Because they’re almost certainly going to be releasing skins and/or cases for the OnePlus 3, and they thought – hey, what’s the most internet-centric universally understood sign for hype? Half-Life 3, of course.

The teaser uses a very Half-Life-esque sort of hidden image which ends up meaning very little. Turning up the contrast reveals a very plain, sick burn for one of dbrand’s primary competitors, Slickwraps. Both companies offer up very similar products for a large cross-section of mobile and gaming devices.

We’re going to go ahead and assume this is part of a friendly competition between the two brands – or else someone in the PR department at dbrand is about to be in a bit of trouble. 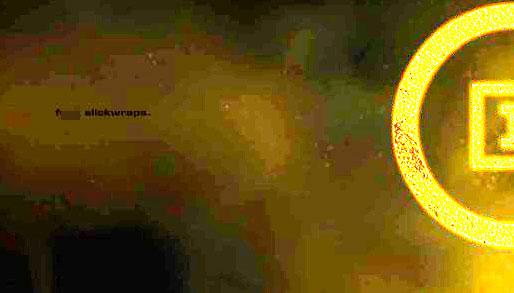 Meanwhile they suggest that the 14th of this month will – as we’re already aware – be the time at which we’ll learn more about the OnePlus 3. That device has been leaked in several ways over the past few weeks and months – have a peek at our timeline below to see what we’ve learned about this device, its release date, and how much it’ll ring you up at the till when the time comes.

ALSO meanwhile, if you’d like to see more about Half-Life 3, there’s always our Half-Life tag portal there you’ll see every rumor, leak, and official release from Valve about the future production of the longest-awaited game of all time.

Can you imagine the hype that’d ensue if Valve actually ever did prepare to release Half-Life 3? And the fervor that’d burn if the game were released – for example – to only one platform?

Imagine for a moment that Valve decided to make Half-Life 3 a mobile game available only on the OnePlus 3. Riots in the streets.