There are several facts that a first-time Galaxy S8 or Galaxy S8 Plus user should know when running the device right out the box. What we’re doing today is speaking about the pieces of this smartphone that might not be immediately obvious and/or should be addressed before any other part of the phone is either switched on or handled extensively. This device is slightly unusual, and not just because Samsung removed the home button.

There are two holes at the top of the Samsung Galaxy S8 and S8+, both right around the same size. When attempting to eject the SIM card tray, the user should make sure they’re jamming their ejector tray tool into the right hole. The right hole is the one with the outline of the tray around it – the other has no outline. 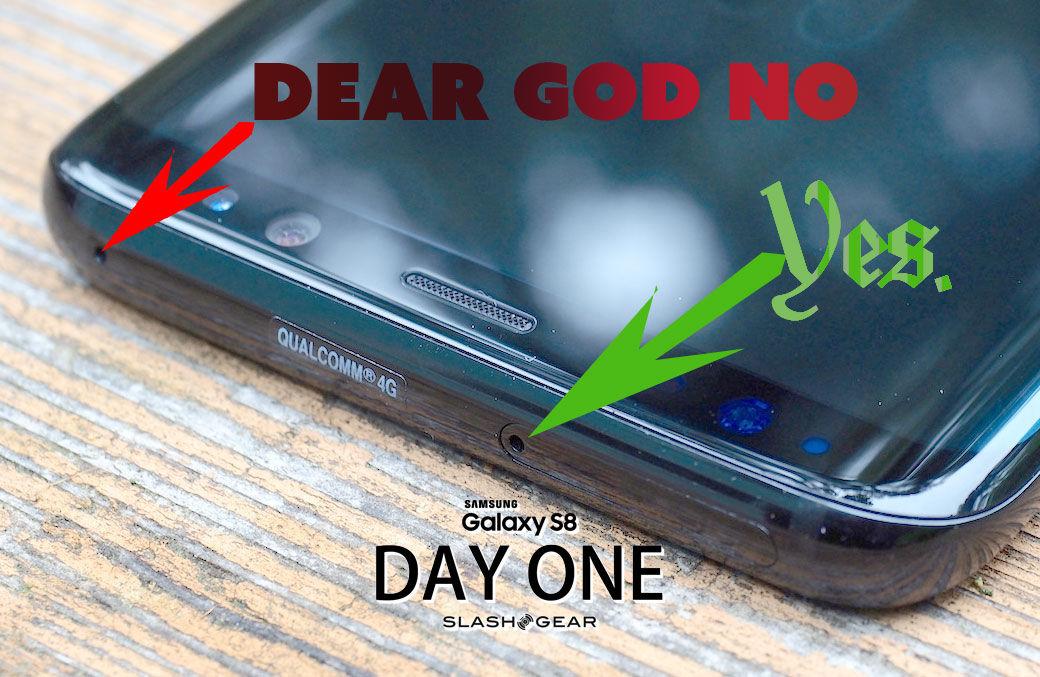 The fingerprint scanner is that black panel at the back of the smartphone with a silvery ring around it. Right next to the camera lens array, on the opposite side from the LED flash array. Users may want to consider doing some practice runs with the fingerprint scanner before trying it on the fly – smudges on that camera lens array will be inevitable for an unprepared index finger. 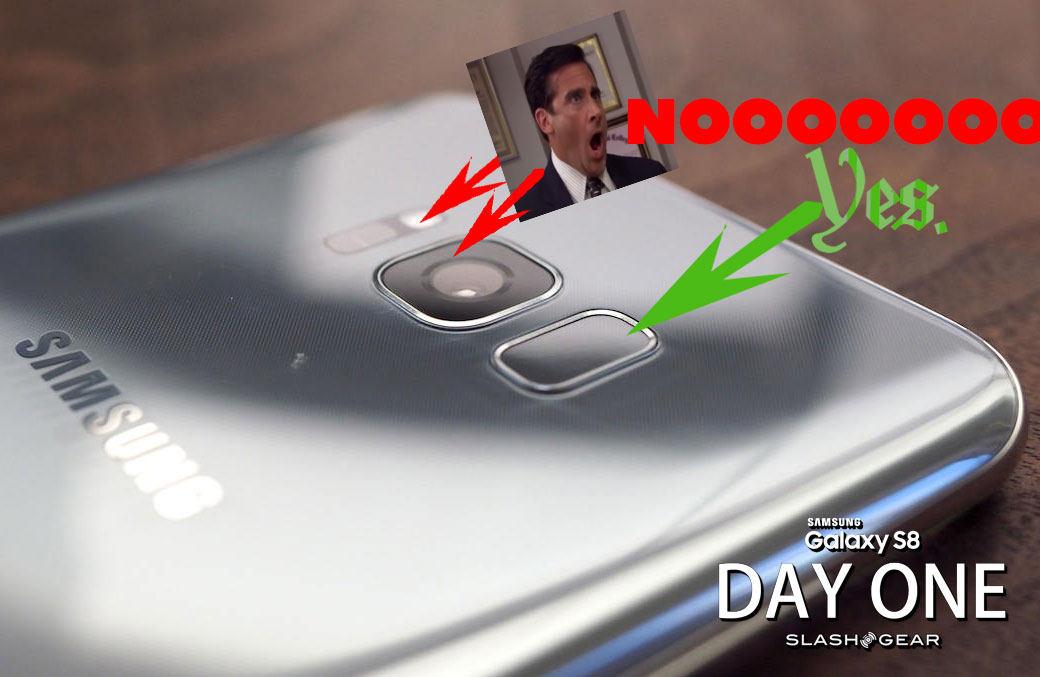 Because of thinner bezels and a slightly different aspect ratio than last year, the Galaxy S8 Plus is very similar in size to the Galaxy S7 Edge. While it’s possible that the same protective cases COULD potentially fit, we don’t recommend it. Especially since the migrated LED flash array at the back would end up being covered by whatever case was made for the S7 Edge. 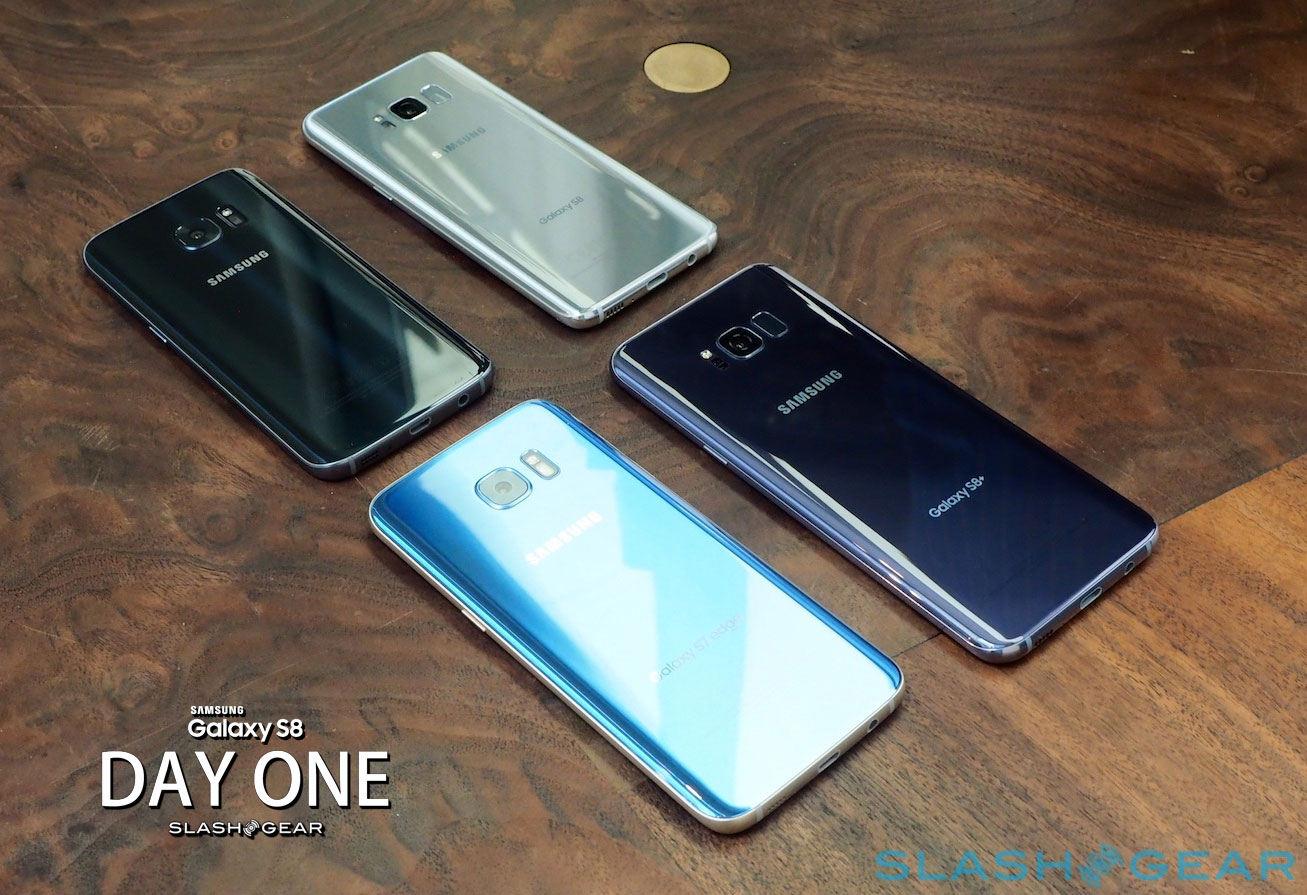 4. Do not open without proper assistance, gear, or fear

While the user can choose to disassemble either the Samsung Galaxy S8 or Galaxy S8 Plus to do repairs, we do not recommend it. Those that wish to replace a battery would be better off sending the device in to a repair shop approved by Samsung or just opting for a full smartphone replacement. We suggest this because Samsung’s construction of this device is very similar to last year’s S7 and S7 Edge, with a complicated process involved that risks shattering both the front and the back panel of the phone. 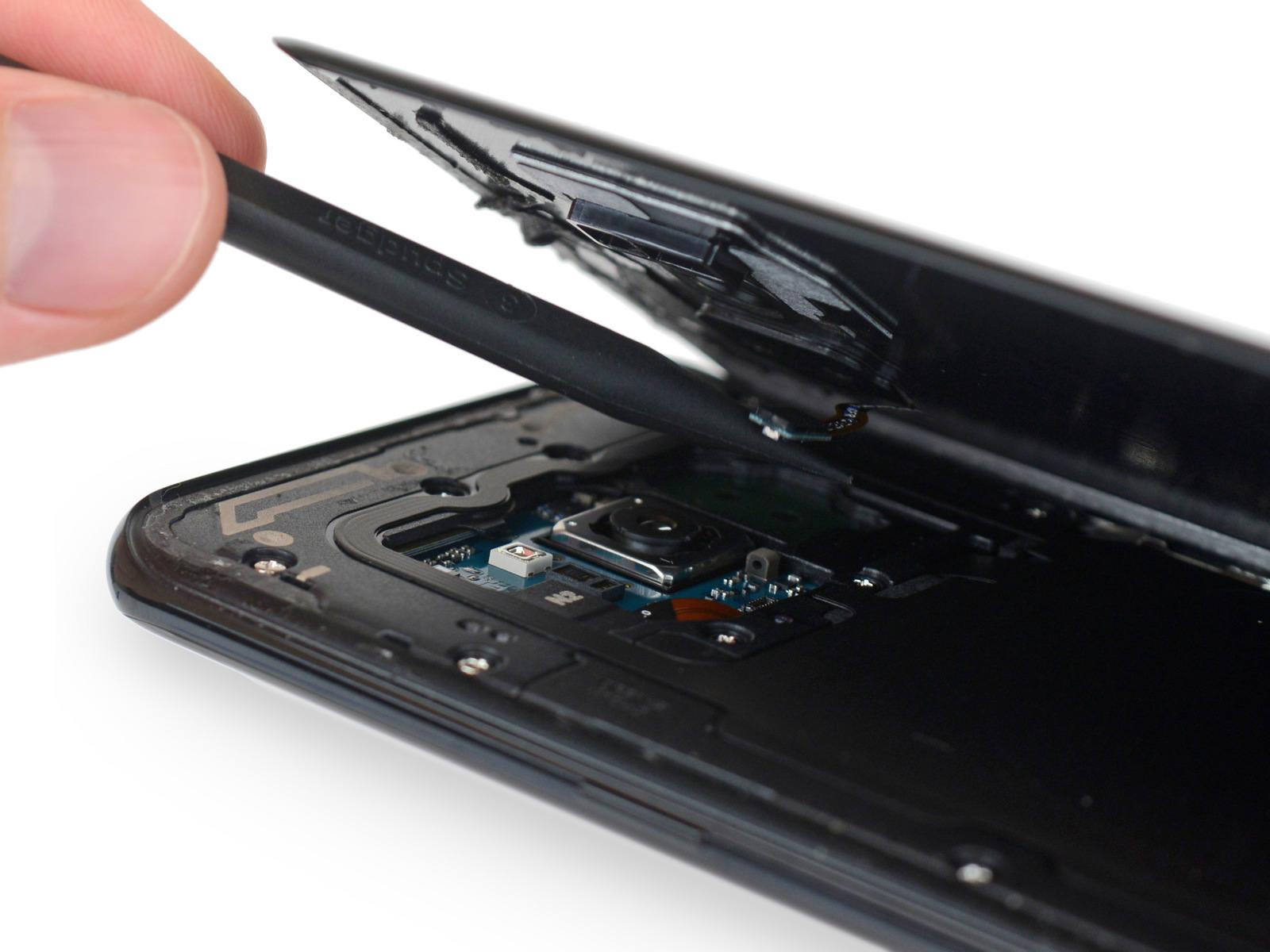 Those that wish to disassemble their Galaxy S8 or S8 Plus will need heat to weaken the glue, to start with. Removing the back glass panel will require extreme care as it’ll shatter if pulled up with too much force. Under the back glass panel is another frame element, that piece coming out in several parts. Once that’s done, it’s a piece of cake! Image above VIA iFixit’s Galaxy S8 Plus teardown.

5. Keep in mind the Camera Hardware

Will this affect how we take photos with the device? Probably not. It’ll make the transition in quality from last year to this year a lot easier for the average user – the average user that buys a new phone every year, that is. The change will be a bit more drastic for those users still trading up every two years.

The Samsung Galaxy S8 and Galaxy S8 Plus are largely similar to their equivalent models released last year, save their removal of a physical home button, their power, and their monolithic shape and presence. SEE: Our full Galaxy S8 Review They’ve got a new software experience and the processors are capable of handling more than last year’s models. In the end, there’s very little one would need to do to prepare one’s self for the transition from the Samsung Galaxy S6 or Galaxy S6 Edge.

Those that had originally purchased a Galaxy Note 7, returned the device, and have since been working with a Galaxy S6 Plus – there’s a big change in store later this year. Buying a Galaxy Note 8 will be a jump in processor power and photography capabilities – if the rumors turn out to be true. We’re crossing our fingers – wait and see!