The newest in canonical Star Wars comics has a clash of titans the likes of which we’ve never seen before. It changes the way in which we view the Star Wars universe – or at least the relationship between Anakin Skywalker and Sheev Palpatine (AKA Darth Sidious, AKA The Emperor). In this comic, we see Vader reach the planet Exegol, complete with a new Force-controlled beast in tow.

As we learned in an earlier Darth Vader comic (from this same series), the monster we see here is a “subspecies of the summa-verminoth,” also known as “the galaxy’s greatest predator.” We’ve seen the summa-verminoth in the Star Wars galaxy before – in The Maw near Kessel, in the movie Solo: A Star Wars Story. 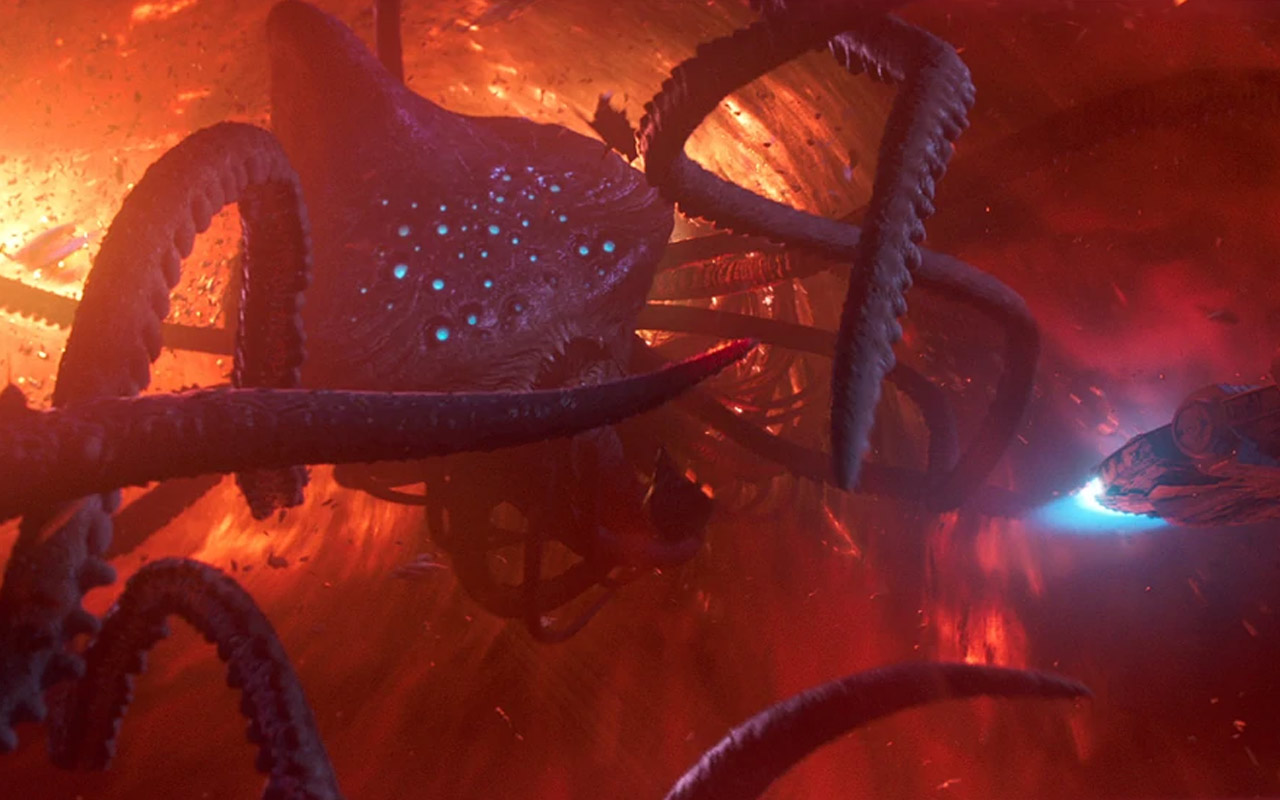 At the tail end of the comic Darth Vader 10, we saw Darth Vader take command of the unnamed subspecies, intending then to visit The Emperor on Exegol to give him a piece of his mind. Vader is displeased with Palpatine at the moment because of his treatment after failing to bring Luke Skywalker into the service of the Sith. 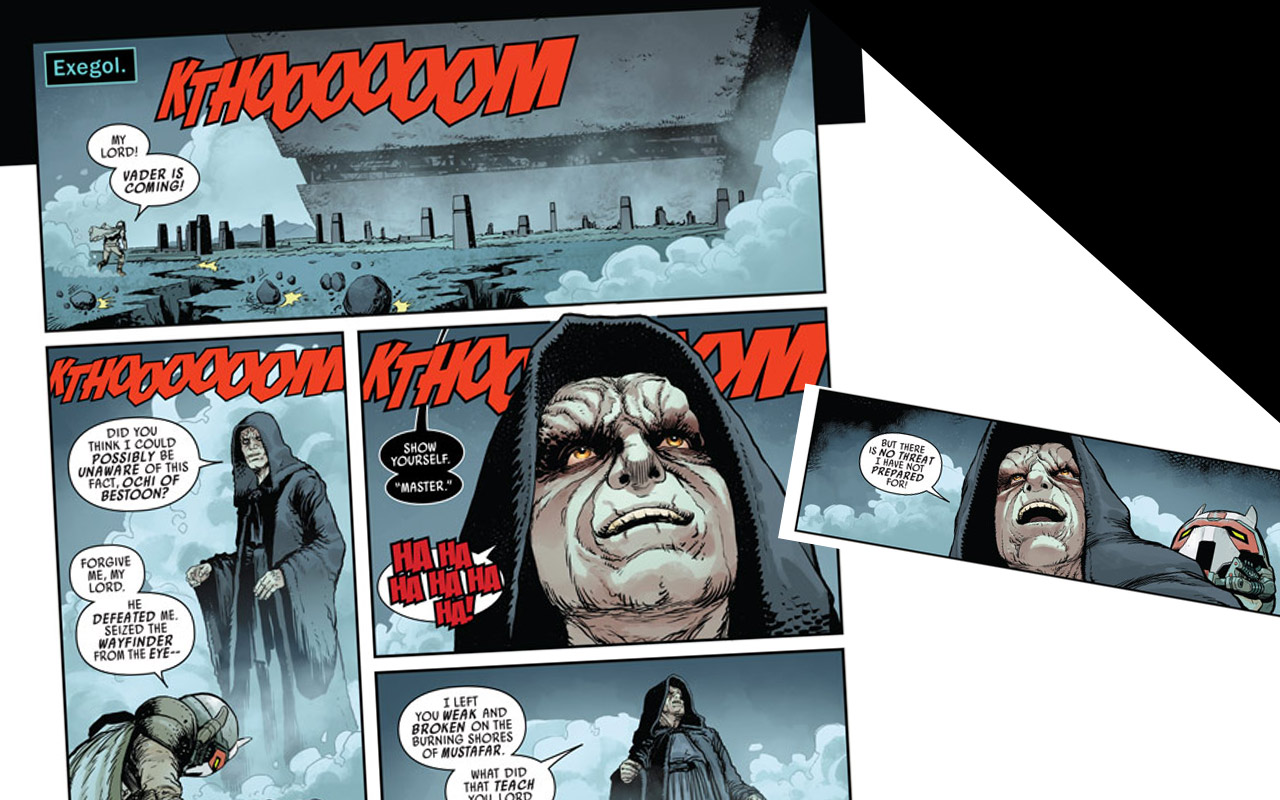 This comic takes place after The Empire Strikes Back, just before Return of the Jedi. This takes place decades before we next see Exegol, before the Emperor’s ultimate plan with The Final Order takes place.

It is here that we see Ochi of Bestoon, before we see his corpse in the movie Star Wars: Rise of Skywalker, under the control of Palpatine. Ochi was sent to kill Vader and failed – we know at this point that he’s not going to die on Exegol, since he needs to end up on a different planet completely to fulfill his destiny with the the Sith Blade – and the nonsense that said blade brings. 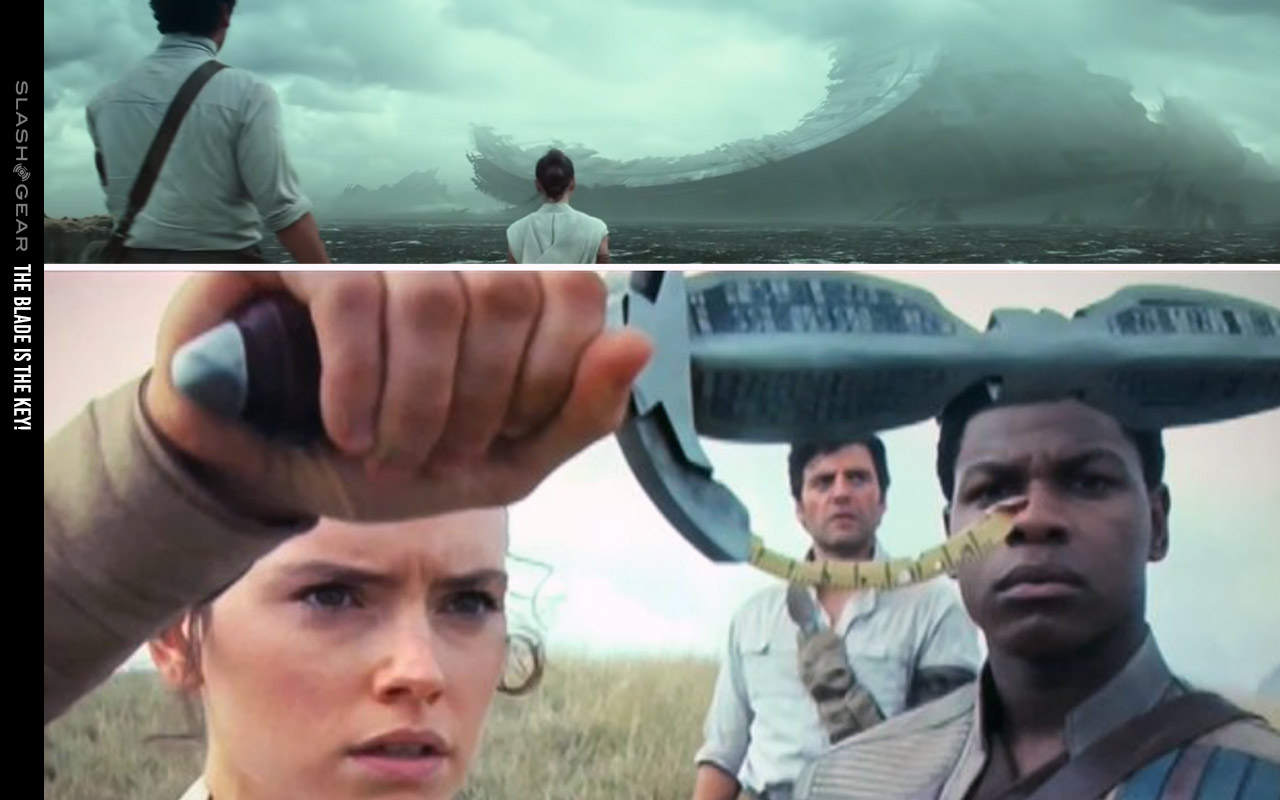 In this comic, Vader attempts to attack Palpatine with the monstrous one-eyed beast, but is held back by… crab people? Crab monsters, if only for a moment, hold the creature back. 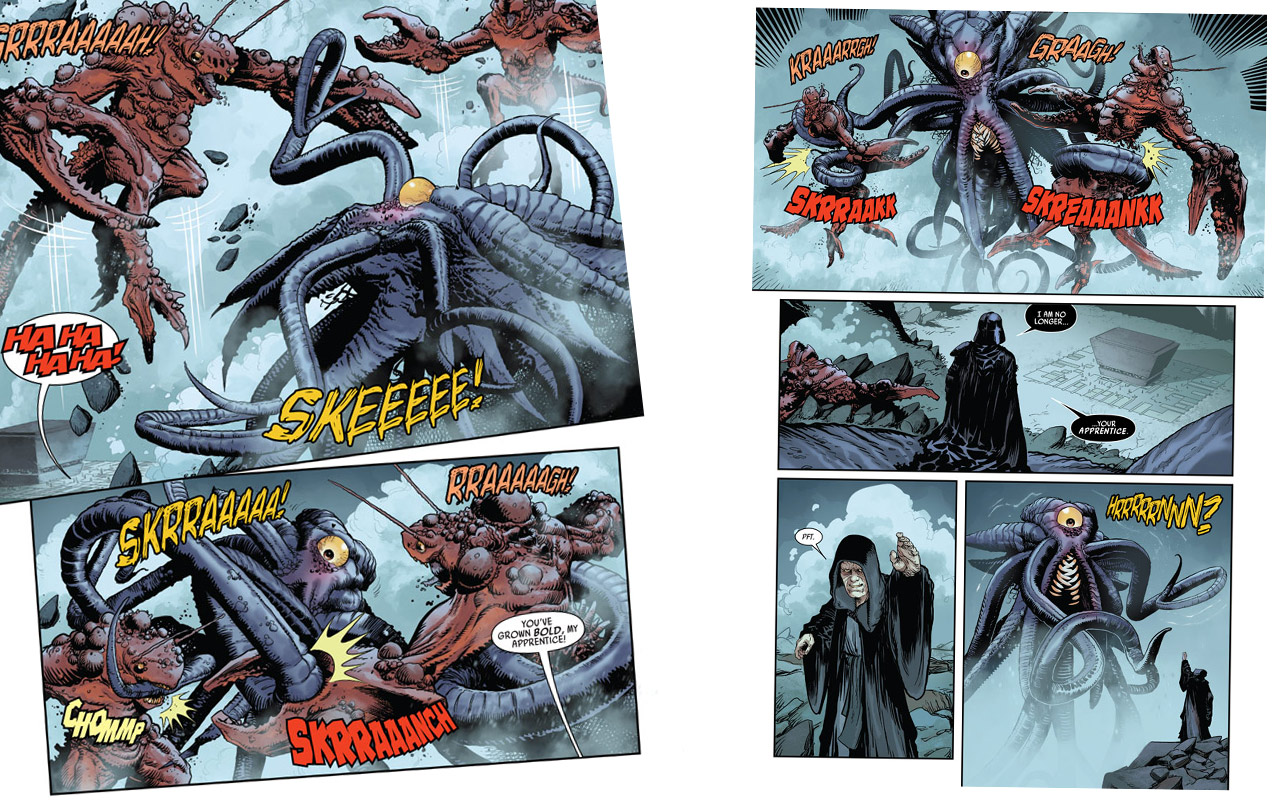 These crab people look a bit like the Sauvax, as seen in “Tag & Bink: Revenge of the Clone Menace”, ans the 2008 Millenium Falcon novel – and the Ultimate Alien Anthology book published by Wizards of the Coast for the Star Wars Roleplaying Game. BUT, that species was supposed to be peaceful, and also doesn’t seem to have the same sort of bite-friendly beak. 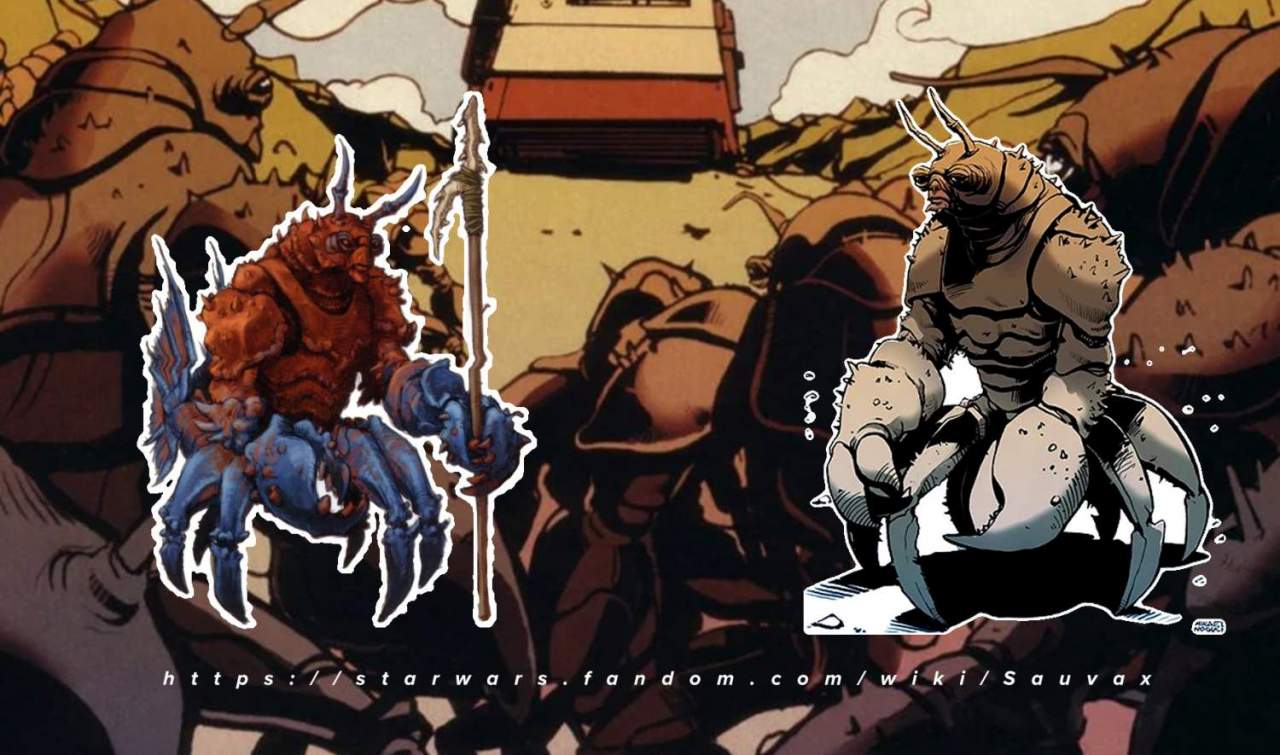 We’re going to go ahead and assume these fellows are related to the Solo character Therm Scissorpunch. We don’t know how they’re related – but they both have pincer claws… so how about it?

But it would appear that Palpatine himself will be the ultimate doom of the cyclopean hulk. Done with a “PFT.” It’ll be interesting to see how Palpatine eventually brings Vader back to heel.

If you’d like to take a peek at the rest of this comic, you’ll find it ready to roll on April 28, 2021. It’s a Marvel Comic, which means you’ll be able to purchase it digitally through all your favorite digital bookstores and such – like Comixology, for example, as well as physically, at your local comic book shop.