DARPA project will use tech to speed up human learning

It has long been the stuff of science fiction — the dream of enabling rapid human learning via microchips, machine-to-brain cables, or some other type of technology. DARPA, as with many of its mad science projects, is looking into making that dream a reality. The defense research agency has announced a total of eight different projects being run by seven different institutions as part of a larger DARPA-funded research program on this topic that will coordinate the efforts of these institutions. If the teams are successful, humans will be closer than ever to tech-based rapid human learning.

The DARPA project in question is the Targeted Neuroplasticity Training program, TNT for short. This project was first announced in March of last year, and it aims to learn more about how the human brain learns. Knowing this, a technology can then be developed that speeds up the rate of learning by flipping on synaptic plasticity. Such an action will make the meeting points between two neurons weaker or stronger for learning purposes. 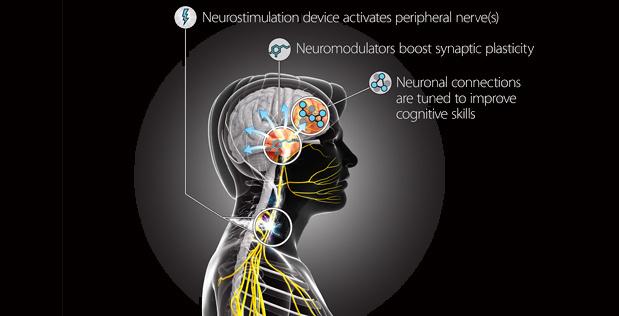 The aforementioned eight projects will be first and foremost tasked with researching brain plasticity, something that will ultimately lead to work with human volunteers. Researchers will specifically look into how foreign language specialists and intelligence analysts learn, among other things, to help refine the study and potential technology for such uses.

The teams plan to research both non-invasive solutions and invasive alternatives in the form of a brain implant. The side effects of brain stimulation will be monitored, as well as any possible risks the human subjects would undertake and the ethics surrounding such ‘artificial’ rapid learning.

We’re still a long way off from having access to such technology, however, as researchers are still working on ‘deciphering the neural mechanisms’ related to brain plasticity, as well as figuring out the kind of side effects a person could experience if the nerves are stimulated. The potential applications for such technology are expansive, but also highly controversial: in a world where some people are programmed to be smarter, will the less-connected and wealthy suffer?

Notions of such technology raise a host of questions, such as how individuals with this technology would be handled by academic institutions and whether it is ethical to limit the availability of such technology to only certain groups of humans (eg, only those wealthy enough to afford it). These questions will no doubt be answered in the coming years, and DARPA’s project will help get the ball rolling. Check out the timeline below for more DARPA news!