Put in hydrogen; get out nothing but electricity and water. There’s a reason hydrogen fuel cells have become increasingly popular among automakers, but Daimler‘s latest ambition for the technology isn’t actually designed to move at all. Instead, it’s all about weening power-hogs off the grid.

The German automaker’s new target is the data center. It’s a traditionally energy-greedy system, requiring power not only for the servers themselves but the HVAC that keeps them within operating temperatures. Neither can afford to go down, either, which usually means diesel backup generators in addition to a power supply from the local energy grid.

Daimler’s concept involves cutting that cord, using a mixture of carbon-free power sources that work together and ensure 24/7 uptime. As they see it, the day to day power demands of the data center would be satisfied by some sort of green provider most suited to the location: probably solar power and/or wind turbines. Rather than the grid being used as a backup, though, hydrogen would be instead. 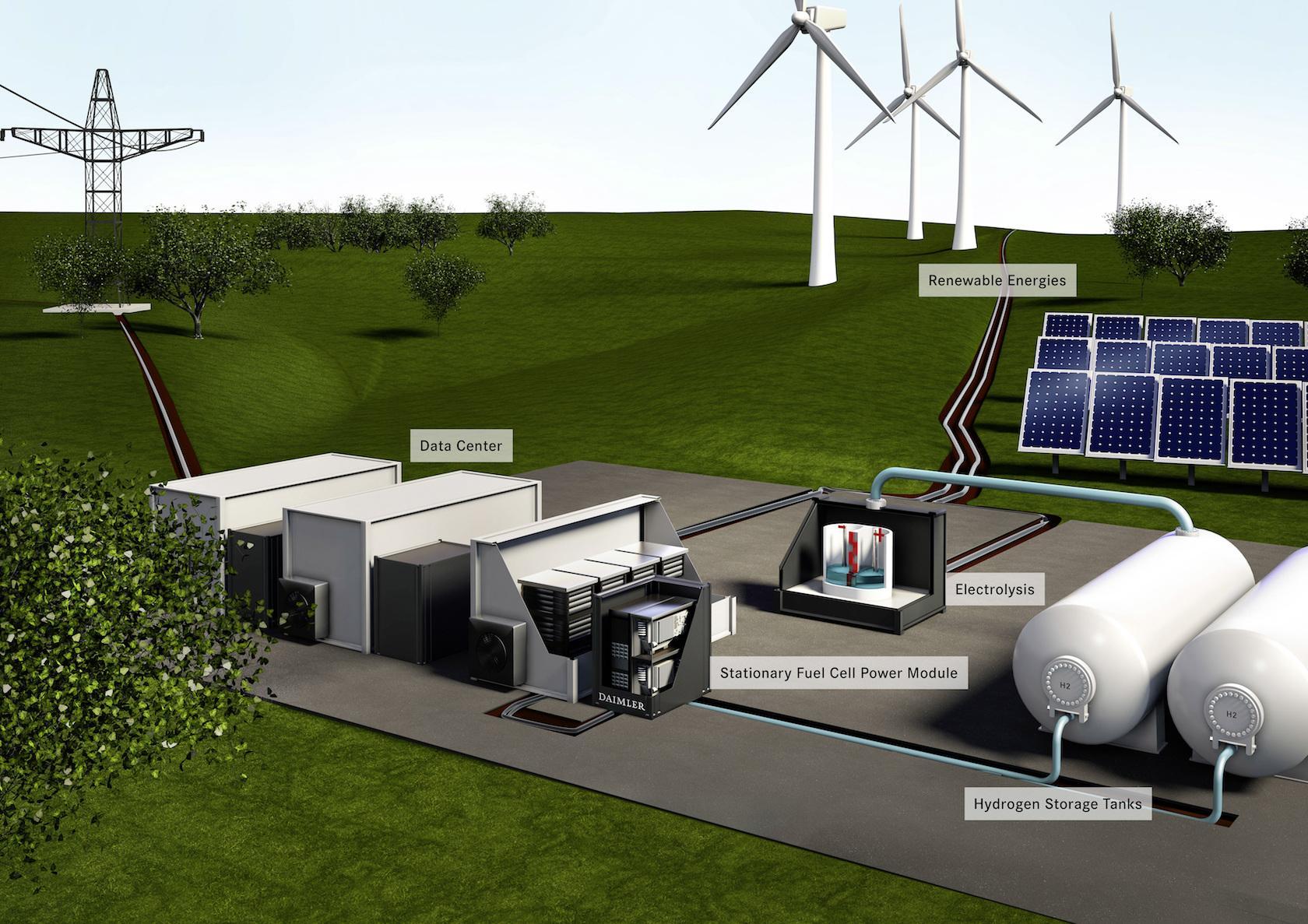 When more electricity was being generated than the data center required, it would be used to generate hydrogen that would be stored on-site. When solar or wind was insufficient, however, that hydrogen store could be used to create electricity through a fuel cell. Daimler is calling it a “micro-grid” that could be hosted completely on-site, with little in the way of noise pollution, emissions, and on a smaller overall footprint.

It’s not just a theory, either. Daimler is partnering with Power Innovations (PI), which will be commercializing the fuel cell system. PI also has an eye on future potential clients, including military and homeland security applications. 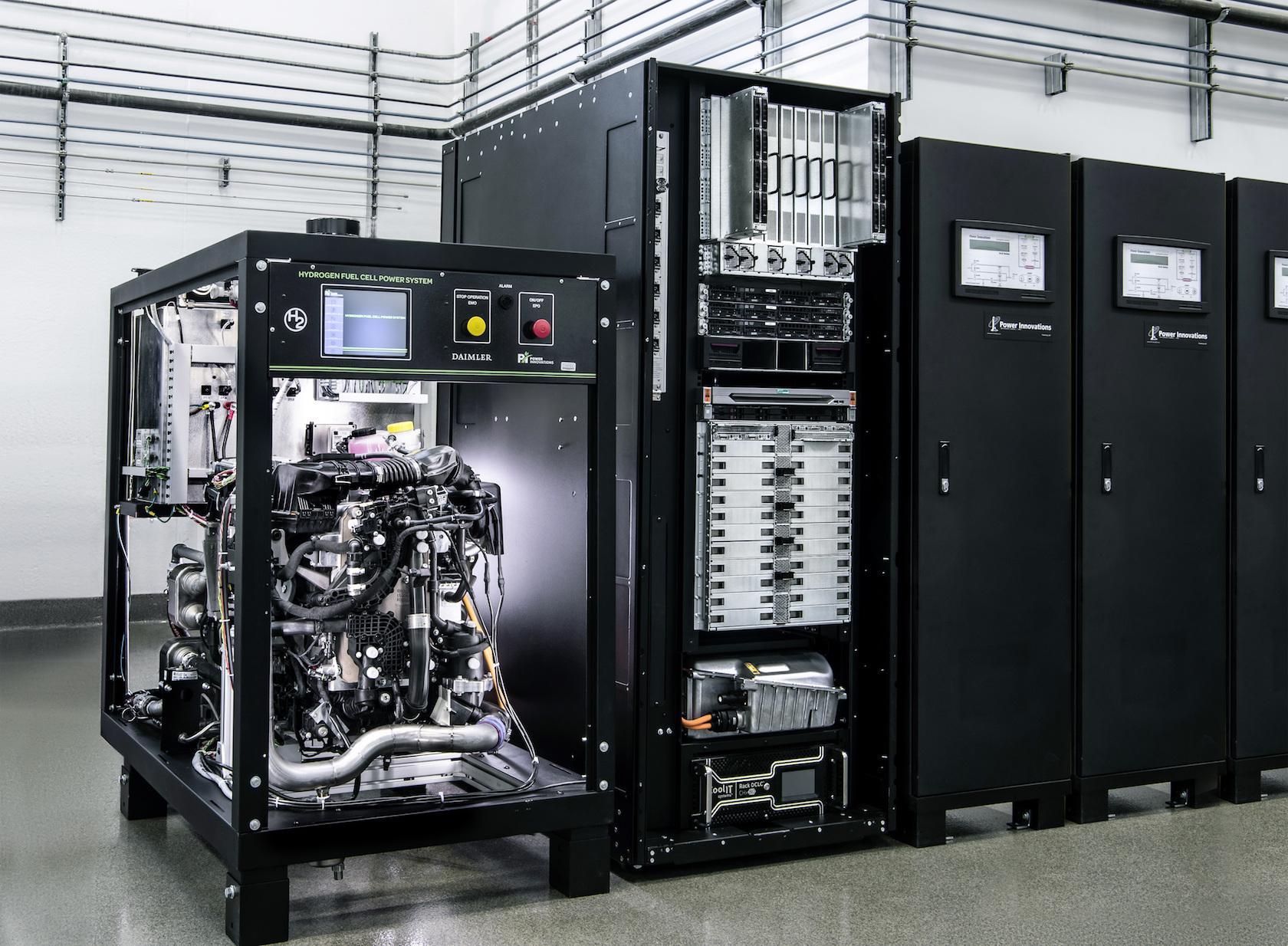 Local production of hydrogen by taking advantage of whatever green power sources are available is something several automakers are exploring. One of the criticisms of fuel cell vehicles has been that the infrastructure falls far short of what gasoline or diesel cars can count on, or indeed what plug-in electric can take advantage of. At the same time, just as other EVs face, there are questions around whether fuel cell vehicles can truly be considered “green” if they’re using hydrogen produced from more traditional sources, like fossil fuels.

In contrast, Toyota and others are exploring local hydrogen generation. Rather than needing fuel to be brought in by tankers, or the fueling station plumbed in via expensive pipelines, they’d create the gas themselves from water. So far, commercial deployments of that concept have been relatively scarce, but as more companies push fuel cells as a legitimate alternative to other power sources it seems likely that we’ll see more expansion.