Today Razer revealed a collection of items that’d be made available with custom Cyberpunk 2077 edition graphics. The main product in the mix was a Razer Viper Ultimate with Charging Dock – Cyberpunk 2077 Edition. This version of the mouse is functionally identical to other editions, this time with a shocking Cyberpunk YELLOW and black flat lines to set your eyes on fire. Also the Cyberpunk 2077 edition costs $10 more than the other color options.

The Razer Viper Ultimate Cyberpunk 2077 Edition was first announced back at RazerCon 2020. The new iteration of the mouse was just made available today through Razer.com and at Razerstore retail locations. You won’t likely find this particular product (or any other Razer x Cyberpunk 2077 products) at 3rd party sales locations any time soon, if ever. 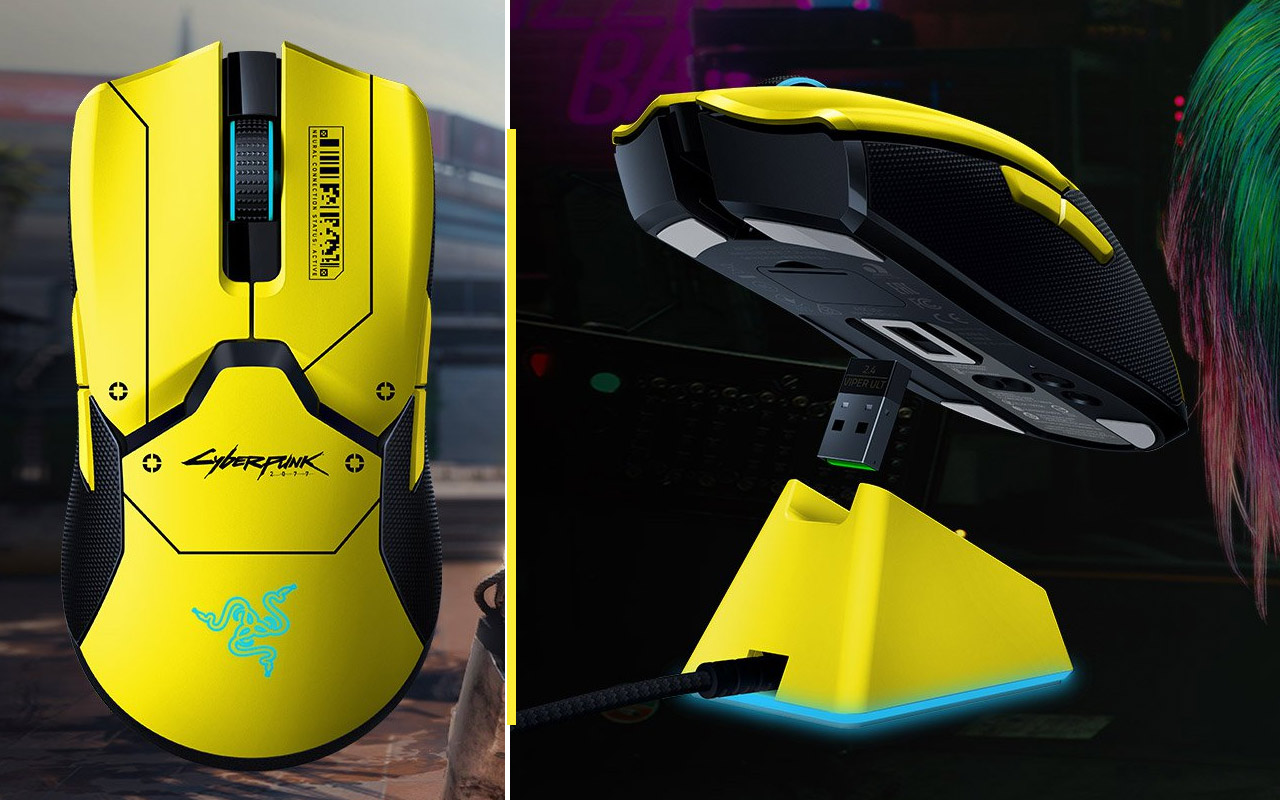 Razer also added Cyberpunk 2077 designs to their Razer Customs portal. This means users will be able to purchase a Razer Gigantus V2 XXL (super massive mousepad) or V2 Medium, or V2 Large, with one of two Cyberpunk 2077 designs. One has the eye-blasting yellow with the Cyberpunk 2077 logo. The other has the SAMURAI jacket design from the key Keanu character in the game.

Razer also has a set of phone cases for iPhone and Samsung Galaxy smartphones with a selection of Cyberpunk 2077 designs. There’s a yellow design with the Cyberpunk logo and Razer triple snake logo. There’s a black case with a red skull and robotic nightmare creature, and a design with tiger stripes, a jaw, and the gang name ANIMALS (from the game). 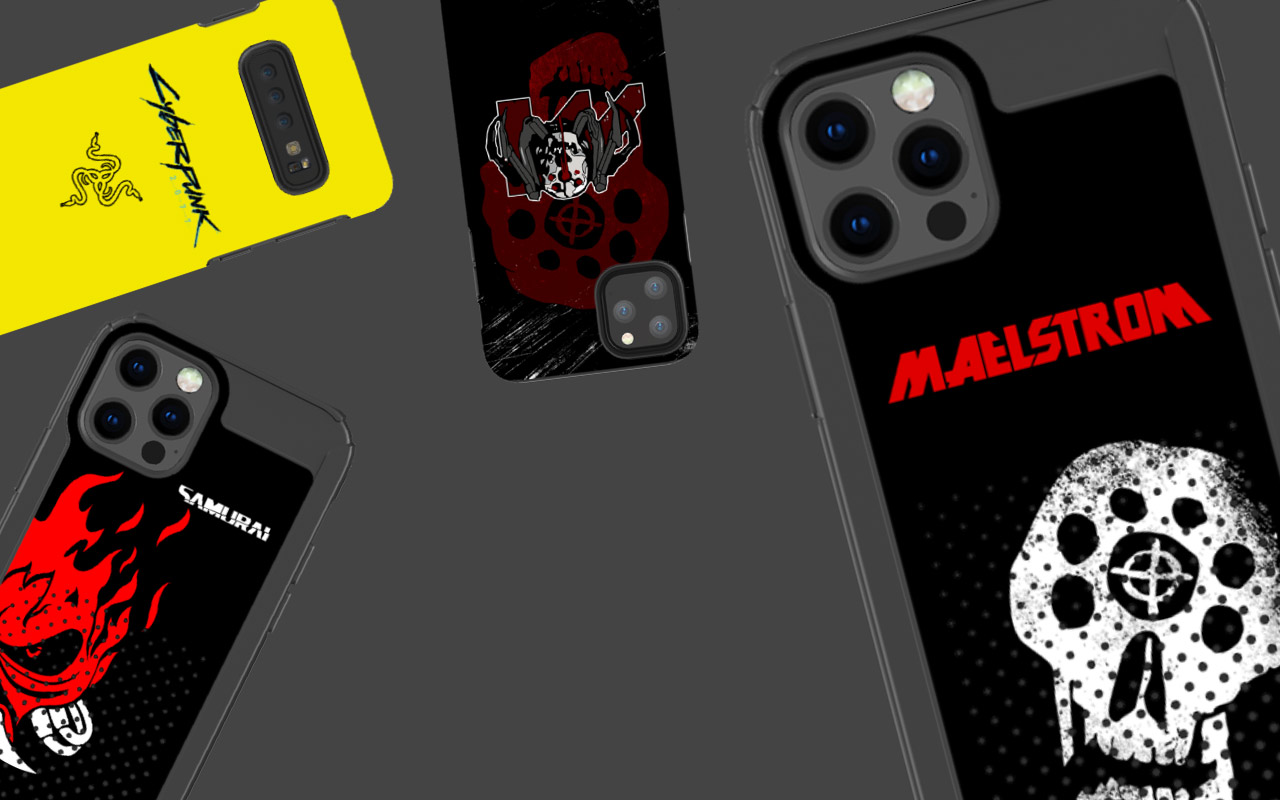 Depending on the sort of Razer case you get, you’ll find more than one iteration of the yellow and the Cyberpunk 2077 logo. You’ll also find another SAMURAI design and a release for MAELSTROM! All of these designs are available through Razer’s customs portal as of now.

Take a peek at the timeline below for a few more examples of radical or otherwise mind-shattering cross-branded products that’ve popped up as Cyberpunk 2077 creeps ever closer to release for next-generation consoles and gaming PCs alike.