CyanogenMod, perhaps the best known custom Android firmware developer, has announced it has evolved into a company, Cyanogen Inc., to offer “a mobile OS by the users, for the users”. The new company will aim to cut down the pain involved in actually installing the custom ROM to a device, with a new installer – that will supposedly support nearly 100 different Android devices – attempting to streamline what company co-founder Steve Kondik describes as “a daunting process for mere mortals.”

In fact, the company raised around $7m earlier this year, and quietly recruited a team of seventeen developers to work on the project. In addition to Kondik, Cyanogen Inc. includes Koushik Dutta (Koush) as the VP of Engineering, and will be led by Kirt McMaster of Boost Mobile fame.

Although CyanogenMod in its current form is highly popular, with millions of existing users, Kondik’s goal is to increase that dramatically, until it takes the third spot behind Android and iOS. Key to that is making it an easier process to adopt CyanogenMod in favor of whatever the user’s device ran originally; that will see a new installer hit the Google Play store “in the coming weeks.”

Our goals today are straightforward:

* Organize, lead, and support our community
* Create amazing user experience centered around how YOU work
* Security solutions that really work
* Stay committed to building the features our users need
* No junk
* Constant updates
* Available on everything, to everyone

What remains to be seen is the reaction from the Android ROM community. Already there are concerns from some that it will simply add to Android fragmentation rather than offering a path cutting through it, even if that path was predominantly the preserve of more advanced users. 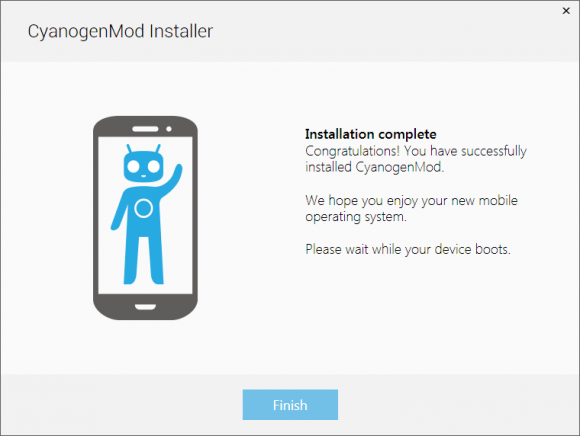 “I have seen open source projects come and go, some being bought out and closed, others stagnating and falling by the wayside. I don’t want to see this happen with CM” Kondik writes in the announcement. “In all that chaos there have been projects that do it ‘right’, simultaneously supporting the company and the community—this is where CM will go.”

Meanwhile, the new company raises questions about monetization and how Cyanogen Inc. will work with Google. The start-up has no plans to charge for the ROM, Engadget reports, but it’s unclear whether an agreement with Google to use the official apps – like Gmail – has been settled upon, which would require Google certification of the ROM.