The CrunchPad has gone from steamrolling to just getting run-over, with project founder Michael Arrington reporting that not only has the 12-inch touchscreen web-slate been axed but a storm of legal arguments created.  In a long post on TechCrunch, Arrington details the sudden discovery that their manufacturing partner, Fusion Garage, was looking to cut them out of the business and threatening to push ahead without full ownership of the CrunchPad IP.

The legal hurdles seem to have been prompted by Fusion Garage looking to renegotiate their part in the project, or more precisely the equity split.  In the end, the courts will decide; TechCrunch are “almost certainly” going to file lawsuits against their former partners.

“We’re still completely perplexed as to what happened. We think they were attempting to renegotiate the equity split on the company behind CrunchPad, which was to acquire Fusion Garage. Renegotiations are always fine. But holding a gun to our head two days before launching and insulting us isn’t the way to do that. We’ve spent the last week and a half trying unsuccessfully to communicate with them. Our calls and emails go unanswered, so we can’t even figure out exactly what’s happened” Michael Arrington, TechCrunch

Away from the production wrangles, it’s disappointing news both for anybody interested in portable electronics and for those to whom the CrunchPad project represented the potential for individuals and small companies to come up with an idea and make it reality.  Right now it looks like SlashGear columnist Michael Gartenberg’s predictions were correct: citizen gadgetry is harder than it seems. 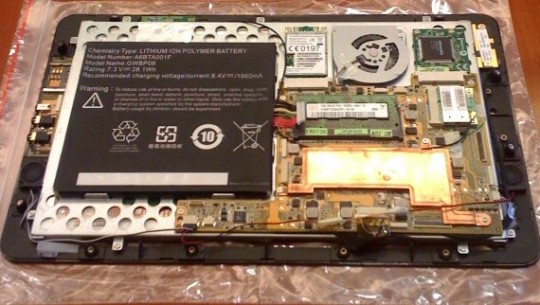