The iPhone has Siri, Android has Google Now, and now Windows Phone has Cortana, Microsoft’s new digital assistant for smartphones running Windows Phone 8.1. Launching as a beta when WP8.1 hits devices over the next few months, Cortana blends the speech-first approach of Apple’s system with the contextual backbone of Google’s, throwing in some location-based cleverness and a little AI snark along the way. We introduced ourselves at Build 2014.

Cortana, for those not familiar with Microsoft’s Halo series, is a character from the Xbox game. In fact, the Windows Phone assistant also uses the Cortana voice from Halo – voice actress Jen Taylor, in fact – along with sharing the name. 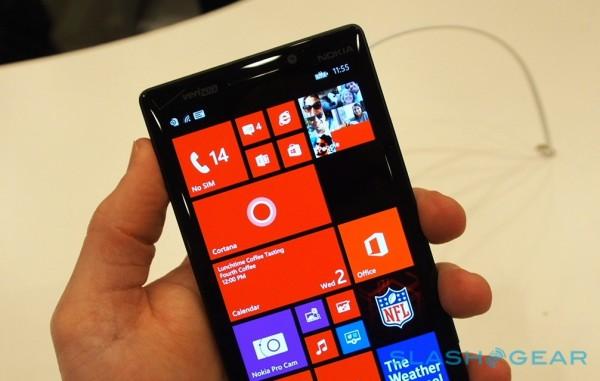 Microsoft was keen to point out that Cortana is still a beta right now, and sure enough there are some rough edges. Much of the core functionality is there – you can ask what the weather is like or, since Cortana uses fuzzy-logic and natural language processing, “Do I need a coat?” and get the forecast just the same – and you can ask carry-on questions from earlier results, such as “What’s traffic like?” after being found a location. There’s music recognition, too, to identify a song playing. 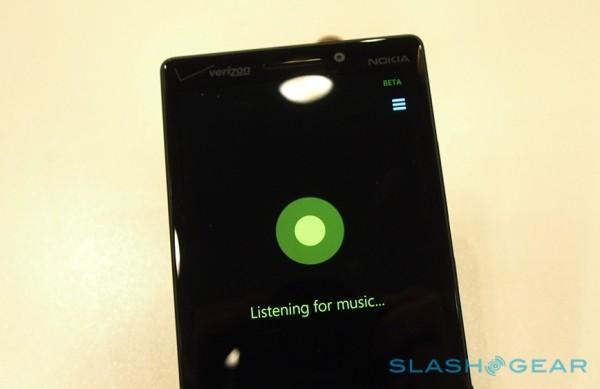 However, Cortana still struggled at times to understand us, and it didn’t seem entirely related to obvious hinderances like background noise. Accent was a particular challenge, though a confusing one: a British accent was regularly misunderstood, while thicker European accents were no issue whatsoever. Microsoft tells us that will improve over time, as the back-end gets more experience with different speech styles.

What impresses already is the range of data Cortana can call upon. Microsoft has said that it’s backed by Bing’s “understanding of the whole internet” and, while it’s clearly early-days, there’s some truth to how information from different services is woven together. 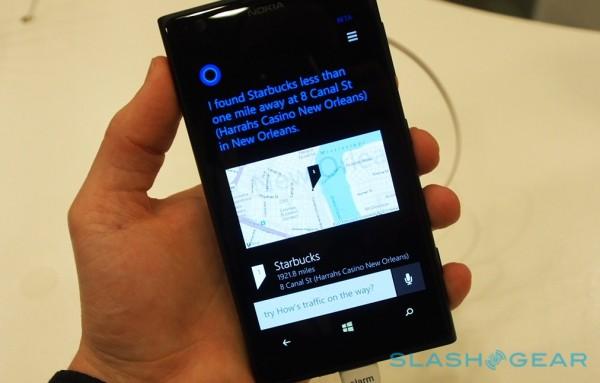 Not everything will require an internet connection, either. Like Siri and Google Now, the majority of the processing is done in the cloud, but Microsoft also leaves the basics to Cortana on the device itself. Simple tasks, like setting an alarm or calling someone, won’t require you to have a data connection active.

At the heart of Cortana is the idea of a living notebook: an ongoing record of your preferences, interests, contacts, and social networking accounts. Microsoft sat down with personal assistants to real-world celebrities to find out what, exactly, they do to keep track of their demanding charges, finding that most stuck to an old-fashioned notebook stuffed with details. 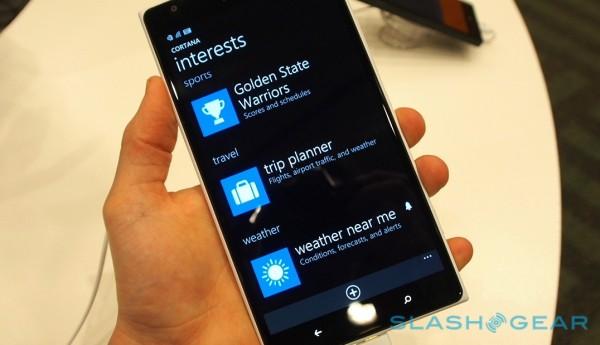 As a result, Cortana has a virtual version. When you first start using the assistant, you answer a few questions about key interests and such, and give permission for Cortana to sift through your email to gather up details on upcoming flights and appointments. That populates things to begin with – the Cortana Live Tile occasionally animates with news headlines or other information it thinks you’ll be interested in – but Cortana can also learn along the way.

Set a reminder to speak to your mom, for instance, and she’ll ask you which contact that is the first time. Do several searches for mortgage rates, and Cortana will assume it’s an area of particular interest, and start flagging them in in her app homescreen. There’s no limit to how much the notebook can contain, though you’ll be able to delete interests through the settings. 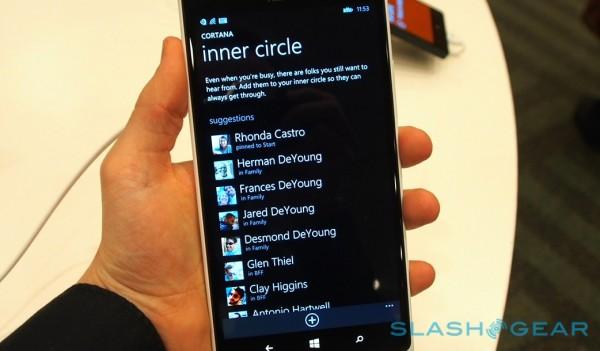 That’s also where you can temporarily turn Cortana off – effectively a sort of “private browsing” mode, though without losing the existing contents of your notebook in the process – and where you set things like which are your key contacts (Microsoft refers to them as your “Inner Circle”), whether they can get through your do-not-disturb settings, and handle your social network logins, like Facebook.

What will make Cortana interesting is the breadth of its deployment. As a standard part of Windows Phone 8.1, it’ll span the gamut from high-end devices like the Nokia Lumia Icon, through to far more affordable fare, like the Lumia 520. 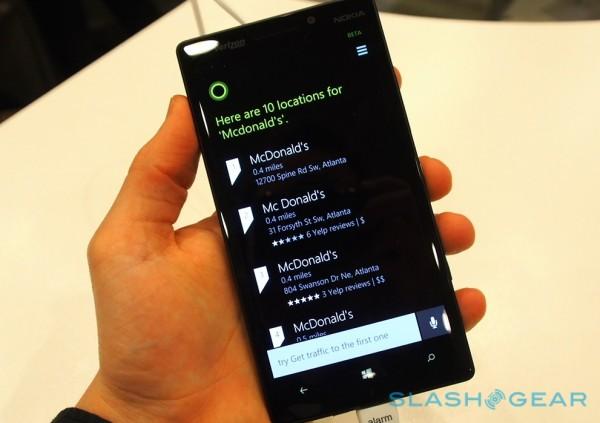 In fact, we had a chance to test the beta on a range of phones, including some that would certainly be considered entry-level, and the performance was comparable. Obviously it’ll depend on network connection for much of its effectiveness, since Microsoft uses server-side processing to do the heavy lifting, though those with a more affordable phone shouldn’t be too concerned that Cortana will be too much for their device.

Just as we found with Siri and Google Now, it’ll take actually living with Cortana to figure out whether she’s a useful addition to Windows Phone or a gimmick. Microsoft is certainly jumping in wholeheartedly, and there’s of course the potential for the system to be improved over time as the server-side gets more intelligent.

Of course, Build 2014 has also seen Microsoft commit to universal functionality across its platforms: Windows Phone apps on Windows and eventually Xbox One, for instance, and Xbox One’s Kinect v2 on Windows. There’s no public talk of Cortana making the jump from mobile to desktop or gaming, but it’s not hard to imagine that happening if the virtual assistant gets a positive reception. We’ll see exactly how suited she is to the job when Windows Phone 8.1 rolls out over the coming months. 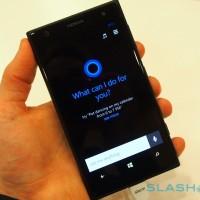 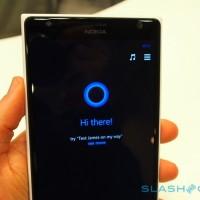 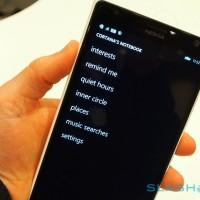 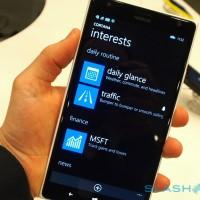 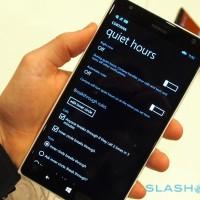 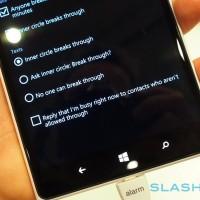 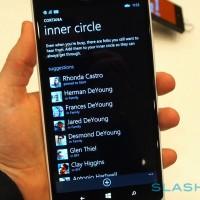 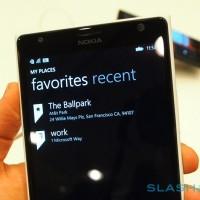 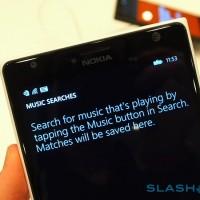 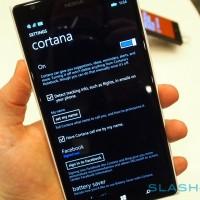 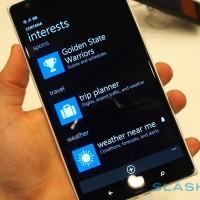 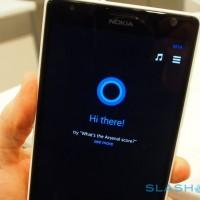 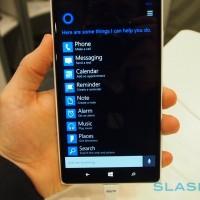 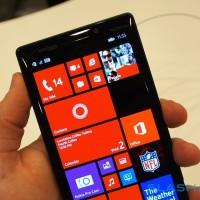 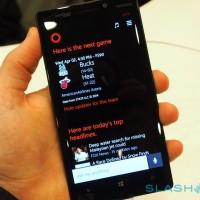 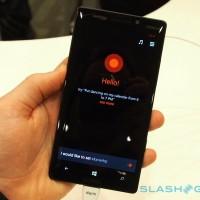 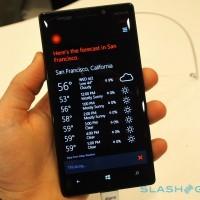 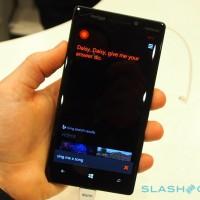 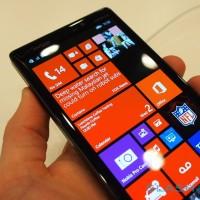 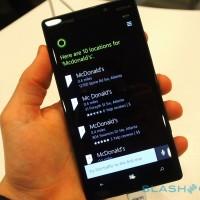 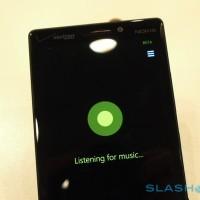 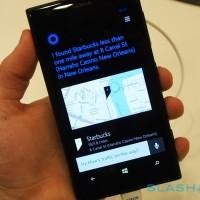