Corsair just revealed several off-the-wall next-generation solid state drives (SSD) the likes of which you’ve probably never seen before. Included in the mix are the Corsair MP600 CORE, MP600 PRO, and MP600 PRO Hydro X Edition. As you’ll see right out the gate, each of these components is made not JUST to sit inside your PC and function well – they’re made to LOOK good, too.

Both the CORE and the PRO work with a high surface area aluminum heatsink. It looks fantastic – even IF you’ll only actually look directly at it once in a great while. We’ll be interested to see how much this heatsink bit works to disperse heat in the real world, “maintaining the drive’s performance for years while adding a stylish accent to your motherboard.”

Both the PRO and the PRO Hydro X work “can achieve” 7,000MB/sec sequential read and 6,550MB/sec sequential write speeds. The PRO will be available in 1TB and 2TB capacities right out the gate, with a 4TB version coming “soon.” 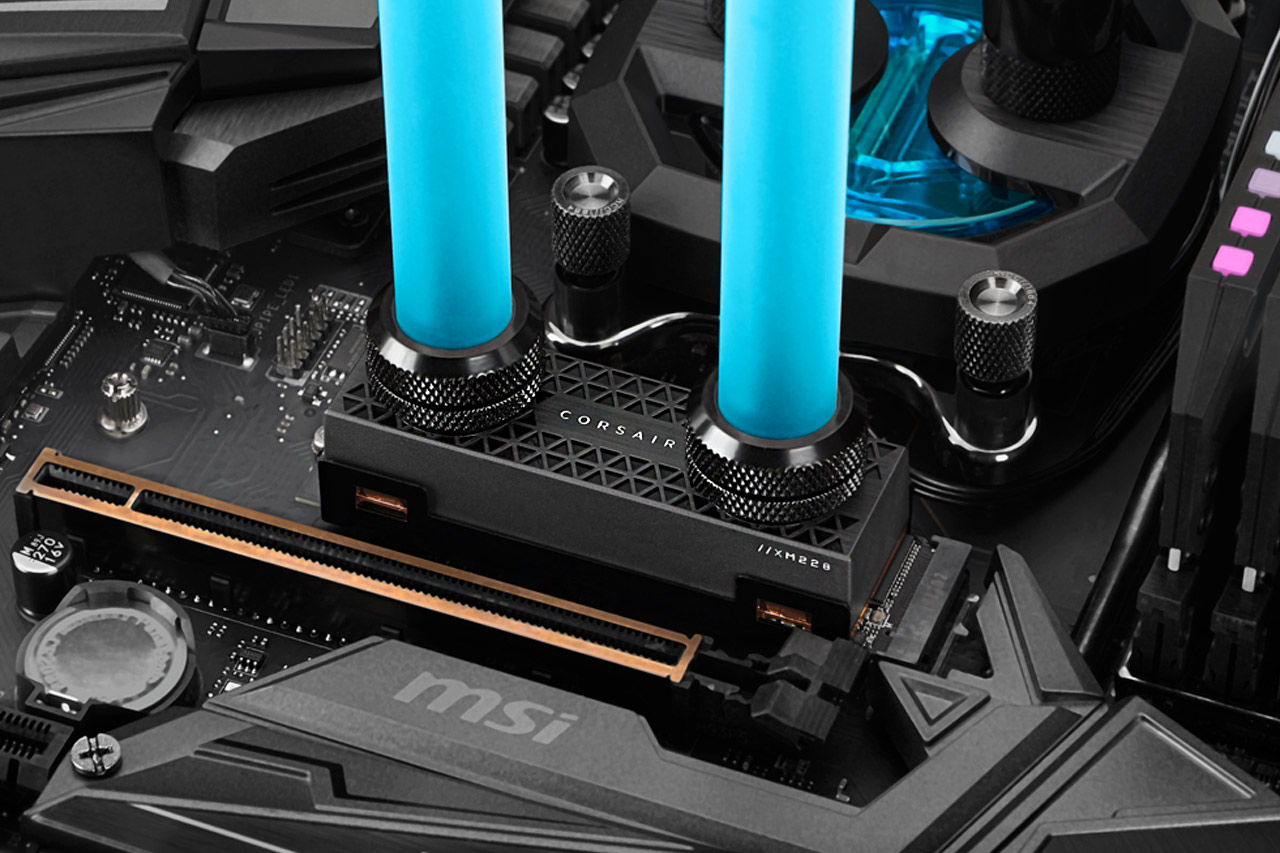 The Corsair MP600 PRO Hydro X is the most strange and awesome SSD we’ve ever seen – so long as it’s plugged in with the components you see above. This device works with its own integrated CORSAIR Hydro X Series XM2 water block. This block connects “seamlessly” to said SSD and into your already in-play custom cooling loop.

This Corsair Hydro X Series XM2 water block can also be purchased as a standalone product. You’ll need to make certain you’ve got a compatible device, but Corsair suggests that it is already ready to roll with many existing M.2 SSDs.