In-wall iPad docks are neat, but motorized in-wall iPad docks take some beating for tech-cred. Home automation and distributed media specialist ThinkFlood is appealing to our geekier nature with its new, electrically-powered wall mounting kit for the iPad: simply press the button and the cradle opens out to allow you to slot your tablet in place. Check out our hands-on impressions – and a video demo – after the cut.

Unlike rival products, ThinkFlood’s dock doesn’t require the iPad to be put into any sort of special case: you simply drop it into the guide rails. The dock connector is also motorized, sliding out of the right edge to recharge the iPad while it’s in place. Power itself can be supplied either via a hidden AC connection or via power-over-ethernet for data use too.

ThinkFlood also offers a more secure version of the dock, with a six-digit touch keypad that demands a PIN before it will open up. That’s targeted at hotels and other venues, where an iPad could be useful but also present a tempting target for thieves. 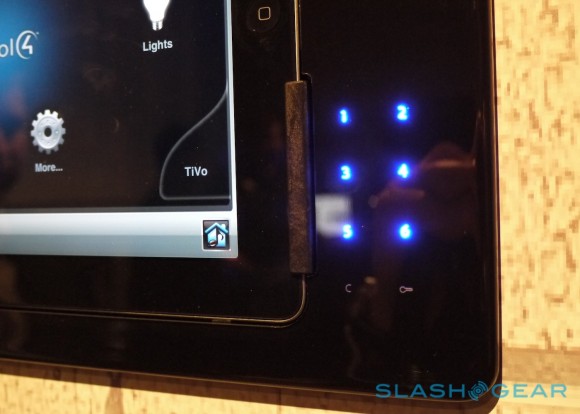 Unfortunately, ThinkFlood isn’t planning to push the in-wall dock to regular consumers: instead, it’ll be distributed via whole-home automation/media installers who’ll probably also be using its software UI and A/V control kit. Figure on several hundred dollars for the dock alone, however, with portrait and landscape variants of each model on offer.

Update: Article has been amended to correct manufacturer name. 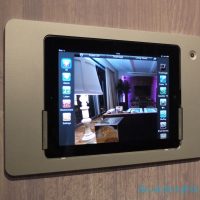 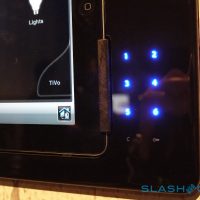 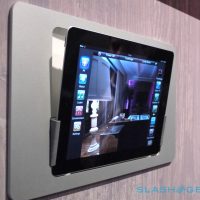 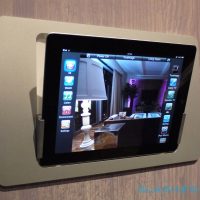 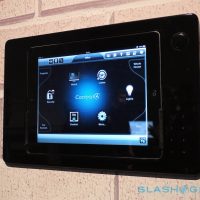