Following the rollout of the magnificent iPad Pro, Amazon has launched its own new Fire tablet. It’s a revamped edition of the existing – and pretty capable – Fire HD 10. The 2021 Fire HD 10 – accompanied by Fire HD 10 Plus – boasts a brighter display and fractionally thinner bezel. The Plus model ramps things up with the option of wireless charging – second for an Amazon tablet. In addition to the latest reveals, Amazon also has a few other very affordable, considerably proficient tablets on offer – including choices for kids.

When you’re out searching for a tablet, you can easily be perplexed by the range of options at hand. Premium buyers – and others who can cough up some extra cash – can turn their heads and walk away on Amazon variants. However, budgeted users should seal one of the undermentioned – that suits the taste, budget, and requirement.

We say this with conviction because the iPads are way off the price bracket and other Android tablets within a competitive range, fall flat on their face when compared to the Fire tablets Amazon has been fueling up over the years. Now that the choice is narrowed to Amazon tablets, which one should you opt for?

Before we answer and you commit; Amazon tablets run on the Fire OS. This is an Android-based operating system but it lacks support for Google apps and services. If you’re a frequenter with Gmail, Chrome browser or other G Suite apps, you will be dejected since you cannot download them – can be used on an existing browser, however. Albeit, other major applications are available through Amazon’s app store.

Amazon provides its own browsing, emailing apps in addition to Prime Videos and Amazon Music. The latter make Fire tablets wholesome deal as predominant entertainment slates featuring dual speakers with Dolby Atmos (except for the Fire HD 7 which has a mono speaker). The display quality and processing require some compromise, but when you weigh the price and what you get for it, it’s pretty contenting. One may argue about the very limited storage onboard the Fire tablets – including just 64 gigs on the new Fire HD 10 – but then you get support for microSD card ranging from 512GB to 1TB, which averts the storage from being a deal-breaker.

Having weighed certain pros and cons, let’s get to the question of which Amazon Fire tablet is the better choice? Below we have pitted the key specs of the latest versions with each other to give you a better perspective. 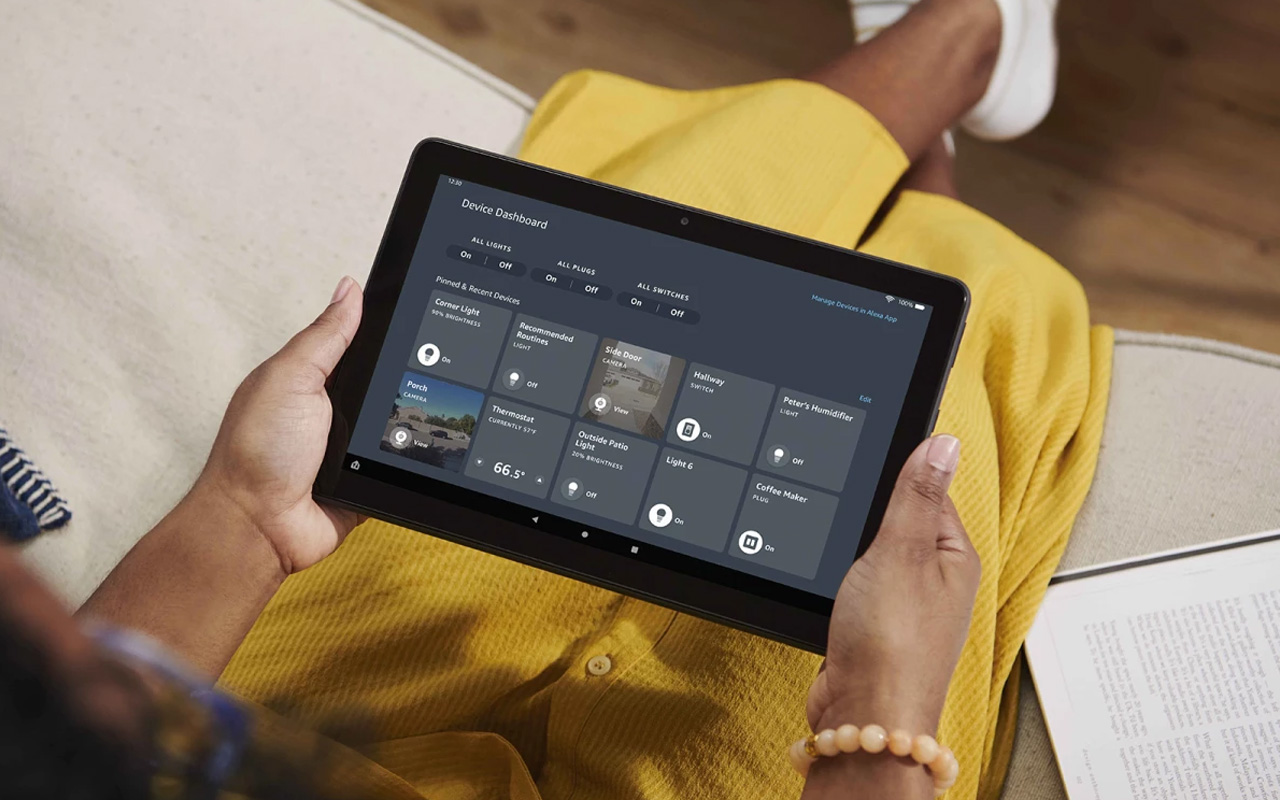 Amazon quietly rolled out two revamped tablets, Fire HD 10 and Fire HD 10 Plus. These build on the facets of the 2019 Fire HD 10 tablet, which remains currently available for purchase. The major difference between the old and new tablets can be instantly noticed from the much slimmer form factor and thinner bezel on the latter.

The new Fire HD 10 and 10 Plus feature the same 10.1-inch full HD+ 1,920 x 1,200-pixel resolution display, which is now according to Amazon, 10-percent brighter. Rolling out for the same price of $150, these extremely budgeted tablets come with slightly increased memory. There is no change in the onboard storage– 32GB and 64GB options available – the Fire HD 10 gets 3GB of RAM while there’s 4GB RAM on the Plus model.

Both the 2021 Fire HD 10 tablets are powered by the MediaTek MT8183 – the same as the old version. What is more distinguishing now is the placement of the front camera. It is centered in landscape orientation for convenience in video calling. The battery is expected to provide up to 12 hour backup while consuming multimedia.

While most of it remains indistinguishable on the 2021 Fire HD 10 and 10 Plus, it’s the latter that is really worth every tablet enthusiast’s deal, thanks to its wireless charging support. It will however retail for $30 premium, at $180. These tablets are on pre-order for now and should be available starting May 26. 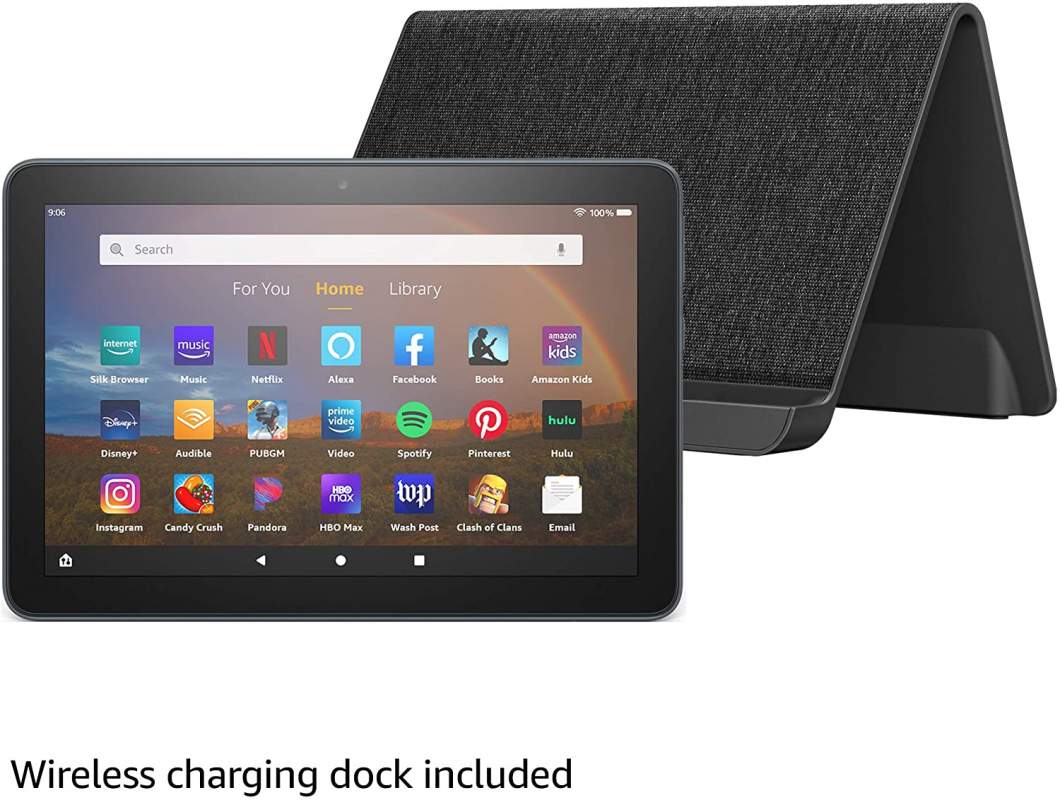 For reference, we have purposely left out the 2019 Fire HD 10 from contention for two reasons. One, the 2021 Fire HD 10 offers most of the same features and some meaningful upgrades at the same price; two, we fear the model could be discontinued when sales for the new Fire HD 10 pickup.
Coming back to the tablets in contention, the Fire HD 8 and 8 Plus. The former is a redesigned Fire HD 7 with rounded corners and edges, but twice its storage capacity offering 32GB and 64GB internal storage expandable using MicroSD card to up to 1TB. Featuring 2GB of RAM and 8-inch 1280 x 800-pixel resolution HD display, the tablet is powered by 2.0GHz quad-core processor. For its sub $100 price tag, the tablet is a good option, if your requirement from the slate is nothing more than browsing the web, watching videos, and listening to music.

Nothing much is different on the Fire HD 8 Plus except for the fact that this version promises slightly better performance in negotiating apps thanks to 3GB of RAM and that it is wirelessly chargeable. Both the tablets offer up to 12 hours of battery backup but really disappoint on the camera front. You get 2MP front- and rear-facing cameras. The Plus model will set you back $110. 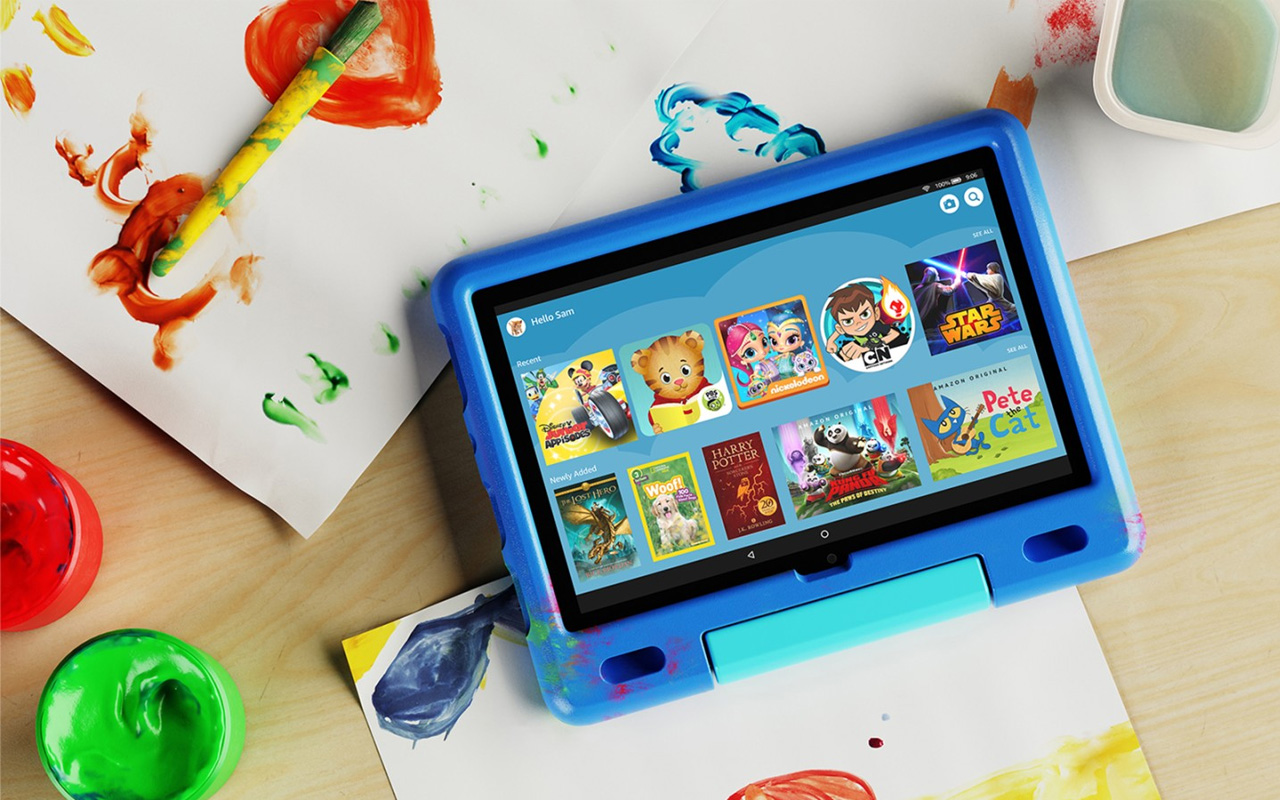 Bluntly put, Fire HD 7 may be Amazon’s most affordable tablet on the market at the moment, but it is not something you would want to opt for in 2021. It has just 1GB RAM and 16GB storage paired with 1.3GHz quad-core processor, which wouldn’t be useful for more than occasion online classes of your child. That said, don’t settle for 7-inches of a prehistoric slate, better you invest in a dedicated kids’ variant.

Yes, Amazon offers kids specific versions of Fire HD 8s and Fire HD 10s. Depending on the cost bracket you can invest in, you can make the choice. Recommended is 10.1-inch kid’s tablet packed with loads of kid-friendly content, colorful protective cases and two-year manufacturer’s warranty that covers accidental damage to the device. The tablet costs $200 – good $50 higher than the adult option – but that cost is made up for with the accompanying 12-month subscription to kids content.