Serendipity has helped produce a striking image of the newly-discovered NEOWISE comet, after the fast-moving rock was caught on camera by the Parker Solar Probe. Only discovered in late March, the comet – officially named C/2020 F3 NEOWISE, though referred to by the Near-Earth Object Wide-field Infrared Survey Explorer which first spotted it – proved a fascinating subject as it passed close to the Sun.

It’s a rare glimpse of a new visitor to our closest star from deep in the solar system. NEOWISE first grazed inside Mercury’s orbit earlier this month, surviving temperatures high enough to burn off its outermost layers in a long tail of debris.

Along its travels, NEOWISE has been visible in a number of ways. Most impressive, however, has to be the captures by NASA’s Parker Solar Probe, which is positioned to gather data on the Sun. In the process, on June 28 – as the probe made its fifth solar flyby – it snapped some pictures of the comet as well.

While equipped with multiple instruments, Parker used its WISPR – or “Wide-field Imager for Parker Solar PRobe” – for this new image. Sensitive to visible light, it shows the split tail of the comet, one larger and the other smaller. 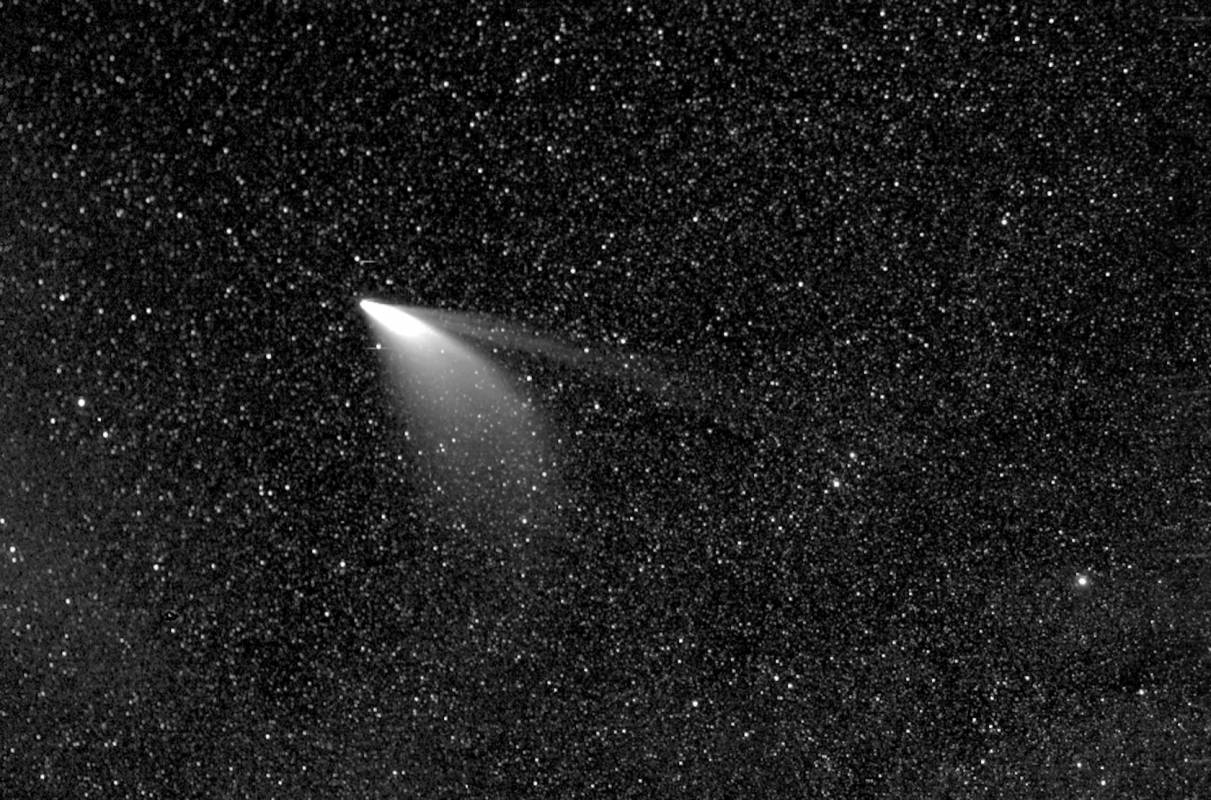 The lower tail, NASA explains, is NEOWISE’s dust tail. That’s generated when dust is picked up off the comet’s nucleus, and then trailed behind it as it rushes at speed through space. As for the upper tail, that’s made up of ionized gases, generated by the Sun’s intense light. Buffeted by the solar wind, they angle out directly away from the Sun.

While the pictures are impressive in their own right, they also open the door to new understanding about comets and their physical characteristics. The lower tail, for example, could help scientists figure out how large the dust grains are, and the rate at which NEOWISE loses those grains.

The upper tail is even more interesting, as it appears to have been divided. It could, NASA speculates, mean NEOWISE actually has two ion tails.

While Parker might be a complex instrument, NEOWISE has been no stranger to viewers down on Earth, too. The roughly 3 mile wide comet has been visible from the ground, even as it passes 64 million miles from our planet. As for the instrument that discovered – and named – it, remaining time for the Near-Earth Object Wide-field Infrared Survey Explorer is short.

NASA only intended the mission to last 7 months when it launched back in late 2009. Soon, it’s expected to deorbit and burn up in Earth’s atmosphere. It’ll be replaced by the Near-Earth Object Surveillance Mission (NEOSM), NASA hopes, which will help identify asteroids as they approach the planet.