Coinbase Disabled and Down: BTC reacts by tanking [Update: it’s back]

“Due to today’s high traffic, buys and sells may be temporarily offline,” said Coinbase PR. “We’re working on restoring full availability as soon as possible.” As of the time this article is set to be posted, Coinbase – the website – is online, but trading is offline. That goes for all coins: Bitcoin, Bitcoin Cash, Litecoin, and Ethereum.

SEE THIS: Bitcoin price down today: Here’s why

Earlier this morning at 8:11 AM PST, Coinbase released the following message. “All buys and sells have been temporarily disabled,” said Coinbase PR. “We are working on a fix and apologize for any inconvenience.”

This message came two days after Coinbase announced they had some delays with wire deposits. “Wire deposits and withdrawals may be delayed by up to 5 business days,” said Coinbase PR. “Rejected & reversed wires will now be processed within 48 business hours. We apologize for any inconvenience this may cause.”

This is also just one day after Bitcoin Cash buys and sells were taken offline due to “significant volatility” and perhaps just a tiny bit of accusations of insider trading. The re-activation of Bitcoin Cash on Coinbase was official “resolved” at 17:43 PST last night. 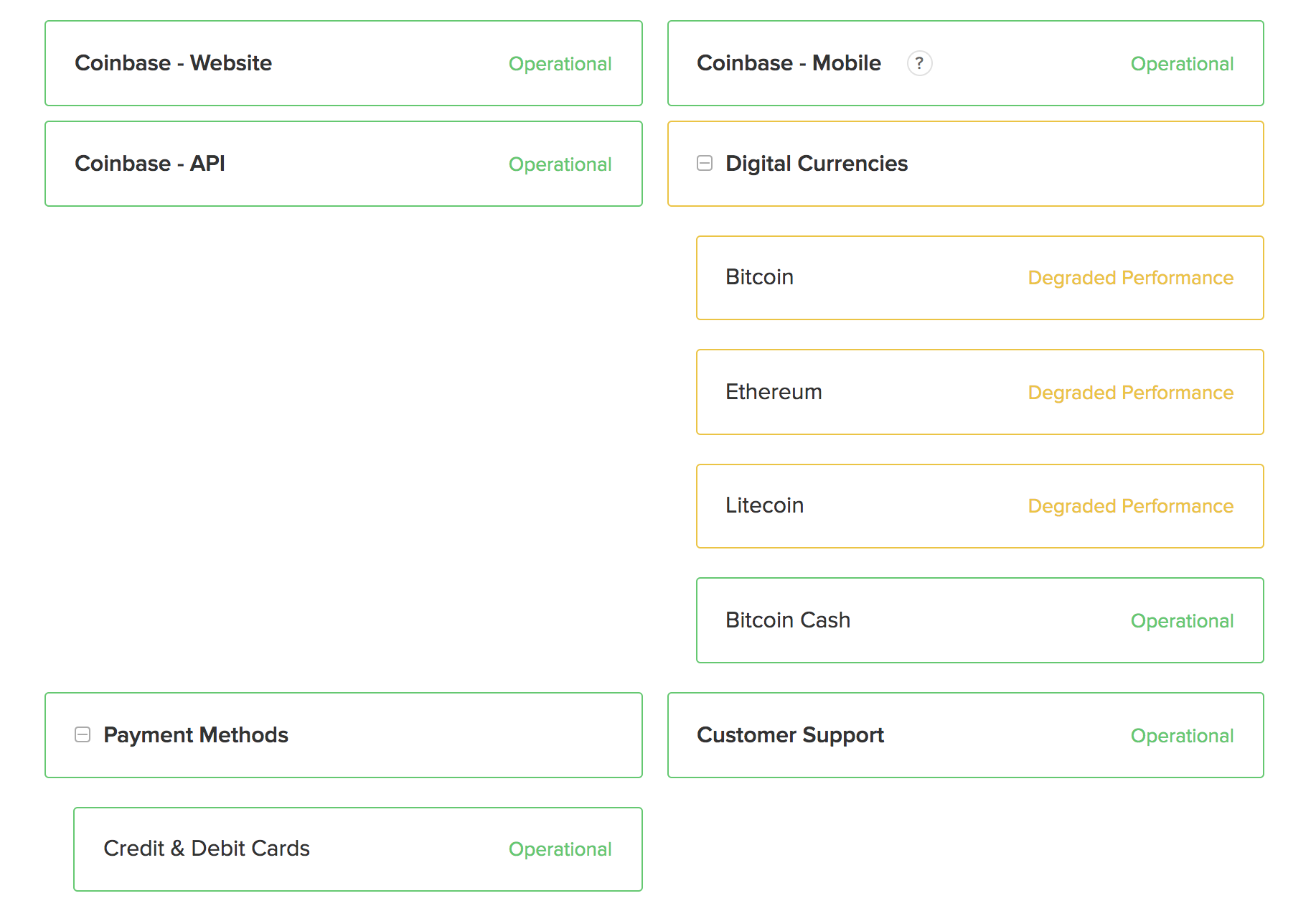 UPDATE: The current status of each of the Coinbase cryptocurrency coins right this minute isn’t going to bode well for the current company standing with regard to Bitcoin Cash. Of the four coins the company works with, only Bitcoin Cash appears to be Operational.

At the same time, ID Verification, US Wires, and SEPA Transfers currently have degraded performance. Stay tuned for additional updates, or just hit reload a whole bunch of times!

Update: Coinbase buys and sells have been re-enabled, the company says, after about 2.5 hours of downtime. “We are monitoring for stability,” Coinbase said this morning.