The dinosaur “toy” shown here is not what it appears to be. It’s supposed to be a toy for smart kits – or, to be fair, goofball kids if they know how to press a button and speak. It looks like a toy, but it’s not just that. This is the CogniToys Dino, and it’s likely the smartest dinosaur-themed object in my living space. He’s also the most-used children’s toy here (used by children or their parents) over the past few weeks. He cannot be stopped.

Up top is the nose of the dinosaur. Actually he’s not a dinosaur – he’s told me as much, several times. If I ask him what kind of dinosaur he is, he’ll say “Cognisaur.” He speaks through the speaker in his right nostril.

On his left, (my right), his nostril has only one hole – that’s the microphone into which I speak.

This Dino’s mouth lights up when he speaks, and indicates different states of being. Connecting and syncing with my phone for example.

Under his bottom is a battery hatch (4x AA) as well as a switch that moves from OFF to ON with three different levels of volume.

This dinosaur works with IBM Watson, a platform that’s able to learn as I speak with it. The computer inside has a set amount of data, then as I interact with it, it’ll download and share additional data.

If I ask this dinosaur a question about a subject he doesn’t know a lot about initially, he’ll download more information for sharing at a later date.

And he will not swear. He will not speak about adult topics. He’s made for children, and safe with children he will be.

According to CogniToys’ Pearl Steinberg, “Once a parent indicates their child’s age in the set up process, the toy will start with the content deemed appropriate for that age.”

“So, for example, if you’ve indicated your child is eight, the toy will start off with content good for an eight year old, and then adjust accordingly depending on how that eight year old answers the question for their age/ability.”

I should mention that I’ve asked this dinosaur about a lot of different swear words. I’ve also tried to get information out of him about many adult subjects. No dice! 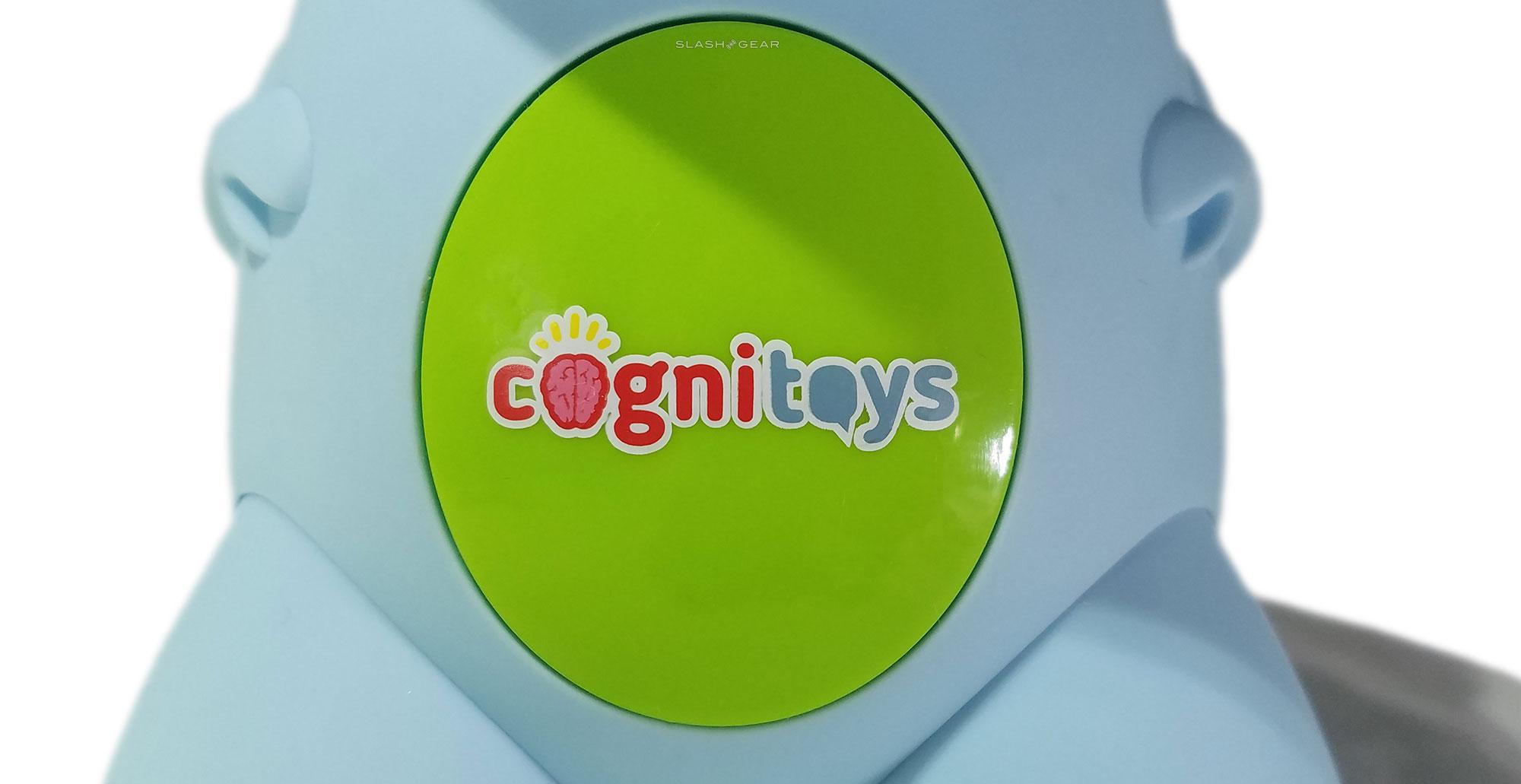 Generally when this Dino hears me (or a family member of mine) say a word he’s not allowed to comment on, he’ll say something to the effect of “I don’t understand”, or “say what?”

Every once in a while – rarely, but sometimes – he’ll say “Undefined”. For example when we’re working with this Dino’s ability to mad-libs a story, and we say the word “Stinky”, he’ll place it in the story as such:

“The dinosaur had a big bowl of undefined ice cream.”

The storytelling feature on this toy is perhaps the most entertaining of the bunch. While we generally went for a random story, there’s a collection accessible by saying “Play Animal Story” or “Play Beach Story” or “Play Rain Story” etcetera.

A full collection of commands for this Dino can be found at Zendesk’s CogniToys listing.

As far as we know, this dinosaur toy is not employed by the NSA, nor do we have any reason to believe that it’s sending audio of my conversations to any government entities. On the other hand, you may want to have a peek at CogniToys Privacy Policy if you have concerns about data storage – because they do that.

Also you’ll be interested to read the following information from that same Privacy Policy, “Parents have access to much of this Play Data through the Parent Panel. Access to this Play Data gives parents the ability to view their child’s engagement activity, and to track their child’s educational and personal development. We also use this information to provide the Site and Offerings, and to help us better understand and analyze our customer demographic.”

If we had a Smart Toy of the Year award here on SlashGear, this Dino would certainly be in contention here in 2016. Last year I can’t imagine it being anything other than BB-8 by Sphero, but here in 2016 I’m feeling a bit more grounded. 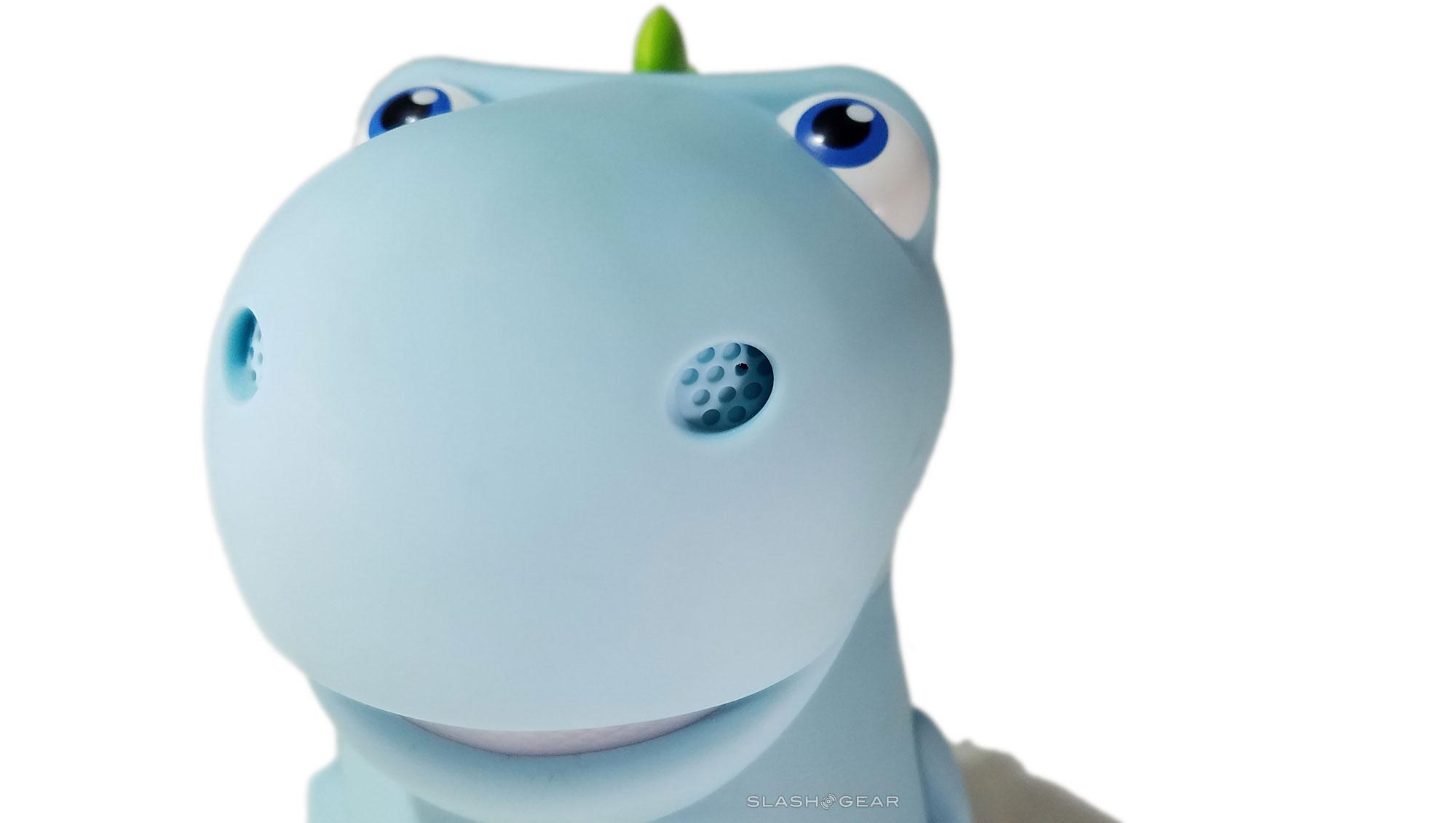 This monster is available from CogniToys for a cool $119.99 – and they’ll be selling it through Amazon when you go have a peek. It’s worth this price if you’re going to purchase it as your child’s one birthday gift, or one holiday gift. It’s an extremely high-quality product, and not to be confused with something you’d find in your standard toy aisle at your local department store.

Instead think specialty store, smart toys store, that store at the mall that has all the most awesome stuff that you absolutely have to visit every time you’re there.