CoD puts all cheaters in one game: A victory we need right now

The creators of the game Call of Duty: Warzone have taken a hilarious step toward ending the use of cheats in their game. Instead of stopping cheaters or banning them outright, the developers at Infinity Ward have created lobbies in which cheaters are matched against suspected cheaters. Warzone and Modern Warfare were given a boost this week too, with in-game confirmation of the banning of suspected cheaters.

Starting this week, users playing the games Call of Duty: Warzone, or Modern Warfare, will find a slight tweak to the game… if they cheat, or if they’re suspected of cheating. A cheater discovered by Infinity Ward will find the game getting a bit more difficult to play. Not necessarily because the difficulty of the game was boosted, but because Infinity Ward now kicks cheaters into a single pile.

When a cheater finds that they’re tossed in one of what VG247 very accurately called “hell lobbies”, they find themselves getting a taste of their own medicine. Once a wallhacking auto-aimer finds themselves being assassinated without seeing their opponent, Infinity Ward hopes that they’ll see the error of their ways. 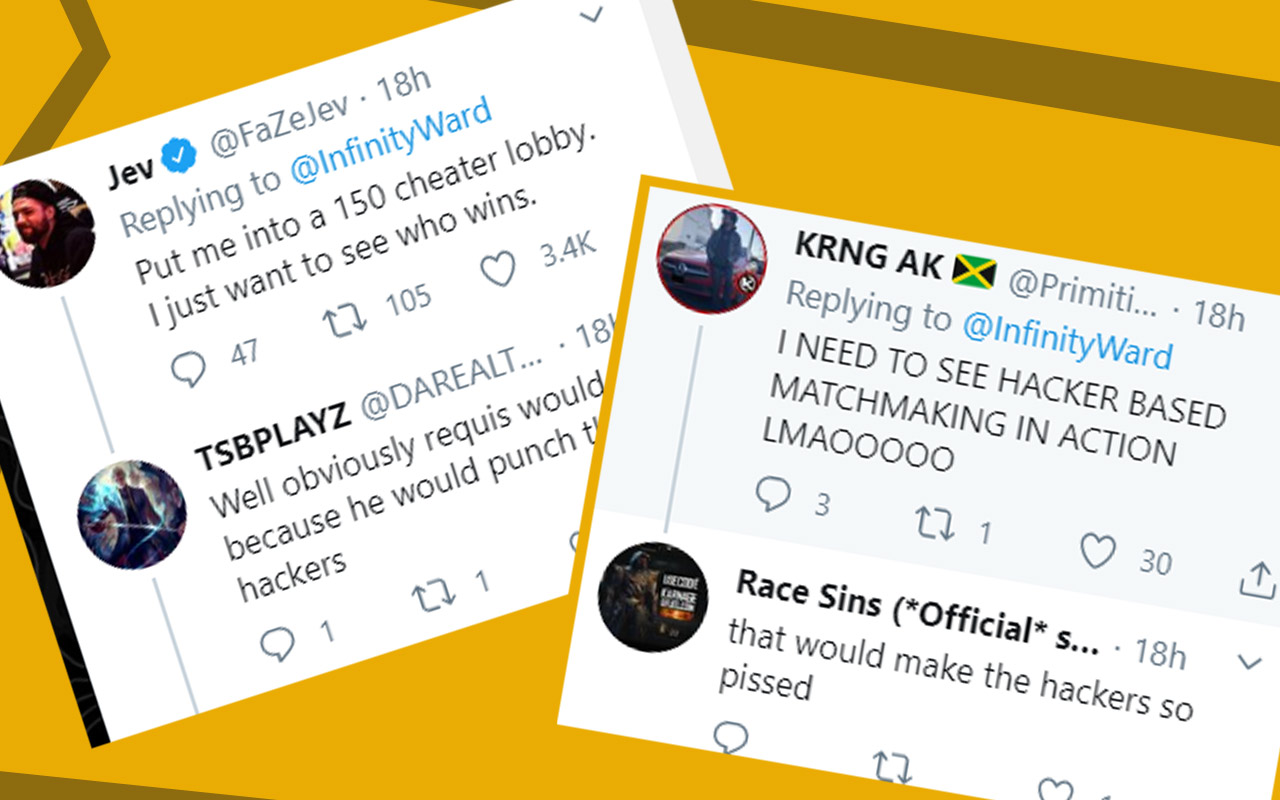 One possibly unforeseen result of this update: Some non-cheating players are requesting to be placed in these hell lobbies to fight against cheaters. As if they’re so extremely skilled that they’d still win, even if the deck is stacked against them in an all-too-extreme sort of way.

The folks at Infinity Ward let it be known that users will soon be given report-a-player functionality in killcam and spectate modes. The most recent update from Infinity Ward suggested added resources to the cheater-seeker crews – for backend tech, studio, and enforcement teams at Infinity Ward. Infinity Ward also reported that they’d “deployed additional dedicated security updates” to the game.

Topics Call of DutygaminghackingMicrosoftPC GamingPlaystationPS4SonyxboxXbox One
Must Read Bits & Bytes