While we’re not attempting to suggest that the Android version of Chrome Remote Desktop is perfect right off the bat, it is pretty excellent that we’re already able to launch Titanfall. This app is very similar to what we’ve seen with the Chrome version of the app, allowing you to connect your computers with an internet window. Here we’re allowed to control our computers from anywhere with a mobile device as well.

Android’s version of Chrome Remote Desktop is simple – start it up and you’ll find all the computers you’re logged in with on Chrome. If you’ve never logged into Chrome before on a desktop computer, laptop, or Chromebook, you’ll see basically nothing. 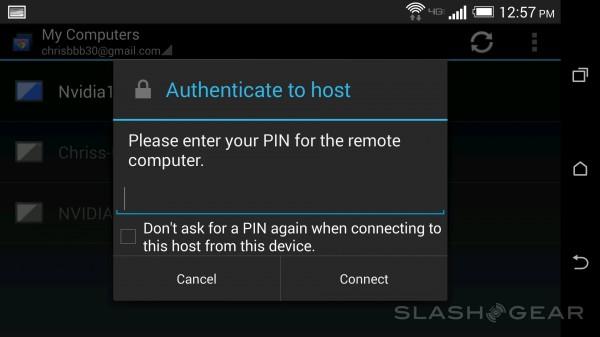 Once you’ve tapped in and downloaded this app to your Chrome web browser, you’ll be able to tap the Chrome Remote Desktop icon “Launch App” straight from the Chrome Web Store. Inside the app, you’ll be asked to “grand extended access permissions to your computer.” 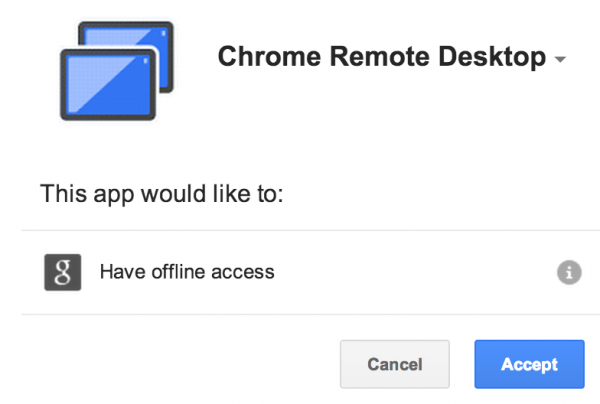 If this seems scary, skip it. We’ve never had unauthorized use attach to our computers in any way since starting to use Chrome Remote Desktop, but you might be more paranoid. 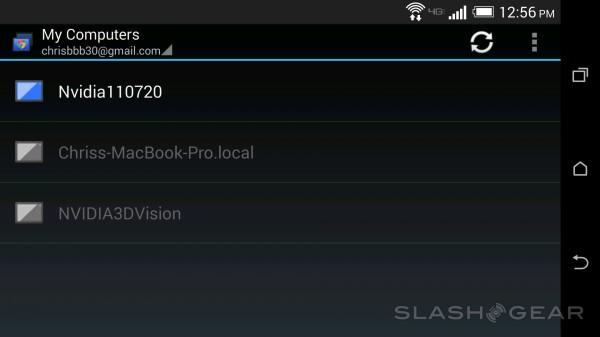 Clicking on My Computers brings up the same list of computers you should have on your Android device. For Apple computers, you may also have to install a Chrome Remote Desktop app on your laptop or desktop to get this system to run.

Your PIN code will be a sequence of six numbers. In Google’s Chrome Remote Desktop site, you’ll find a number of reasons why they believe this to be entirely safe – we’re tending to agree. 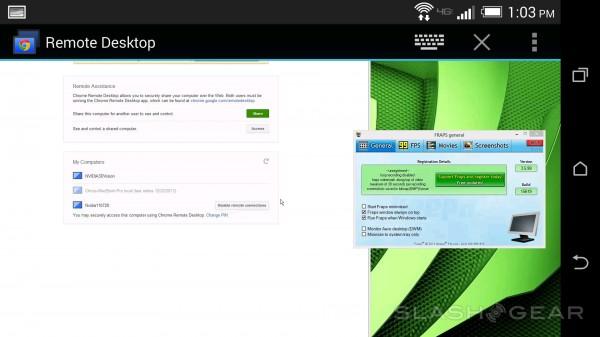 At the moment, this system works great. You’ll be working with your computer with your touchscreen by dragging your finger around as a mouse, lifting your finger up and tapping to click or to drag, and it’s just that simple. 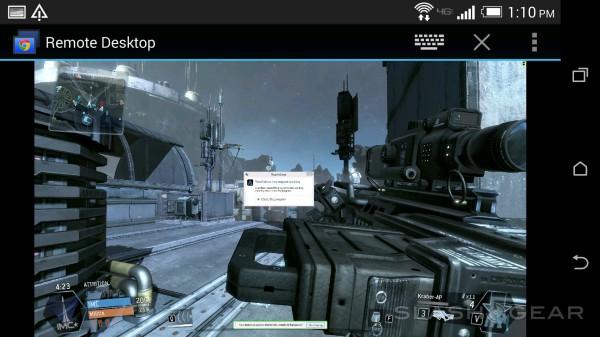 We’ve also tested a 3rd-party mouse from the folks at MIONIX with a microUSB-to-USB converter cable and it also works OK. Google’s system here does not allow you to take over the remote mouse with your own, instead having it act similar to your finger – not especially intuitive.

Once we get mouse-to-mouse connectivity and a splitter so we can work with our physical keyboard as well, it’s time for Titanfall. For now it’s a pipe dream – though you can log in and play if you dare. Play very, very horribly, as it were.

Above you’re also seeing a demonstration of Chrome Remote Desktop on a Samsung Chromebook from 2012. This video is taken from our Samsung Series 3 Chromebook (late-2012) Review.