A new version of the Google Chrome web browser is available for Android devices and iOS devices as of this week. If you’re using a mobile device right now without the latest version of Chrome, you’ll see the Chrome 92 release available in your device’s app store in the very near future. Depending on the device you have, you may have a Beta version available, too.

If you are on an Android device, you’ll want to head to the Google Play app store. In the store, Chrome Beta 92 (version 92.0.4515.105) should be ready for your Android device right this minute.

If you’re using an iOS device – like iPhone or iPad – you can get Chrome 92 (version 92.0.4515.90) at some point today. UPDATE: You can now head over to the App Store for iOS to see this latest version of Chrome. The iOS version of Chrome 92 adds a list of new features including “Full Page” screenshots, a new Discover design on the New Tab Page, visual redesign of Settings, History, and Bookmarks, and the option to secure Incognito Tabs with Touch ID, Face ID, or Passcode.

As you’ll see above, Google posted a set of new items in Chrome 92 in their Google Chrome Developers channel on YouTube. Google also added a new feature to the desktop version of Chrome that’s currently only available under a flag. If you’d like to test this feature, go to chrome://flags/#memories. Memories is an experimental way to see what you’ve done on Chrome in the past – and a way to decide what you might want to do with your future.

If you’re using a desktop machine, you can check for the latest version of Chrome using the simple process outlined in the image below. Tap the three dots in the upper right-hand corner of your browser, go to Help, About Google Chrome, and you’ll find the button to tap if you have an update available. 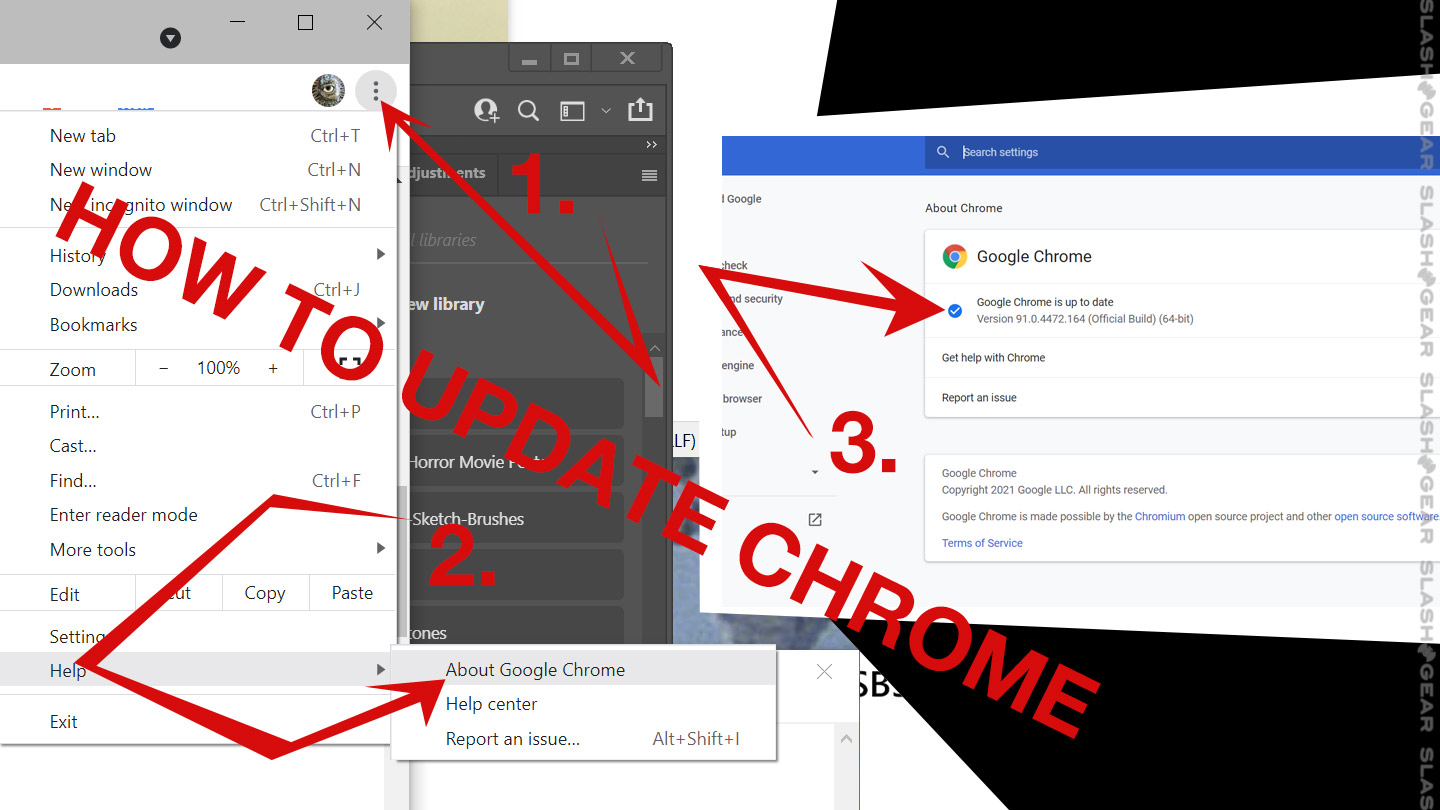 If you do not have Chrome 92 available to you and you’d like to try the Beta version of Chrome before the general public, drop in on the Chrome Release Channels list at Chromium Projects from Google. There you’ll find Windows, Mac, and Linux channels, iOS and Android channels, and Beta channels for the lot.