Back in August, an interesting concept project in China was revealed: a large elevated bus that promised to carry up to 300 passengers while allowing cars on the road to drive directly underneath. Unfortunately it’s been discovered that the Traffic Elevated Bus (TEB) has been completely abandoned since September, only a few weeks after the project was said to have been approved for testing.

Local news outlets have found that the 22-meter long “straddling bus” prototype has left to collect dust in a rusting garage in the city of Qinhuangdao. Two aging security guards say it’s been that way for months, with no signs of the company’s managers, adding that they have no way to contact their employers. 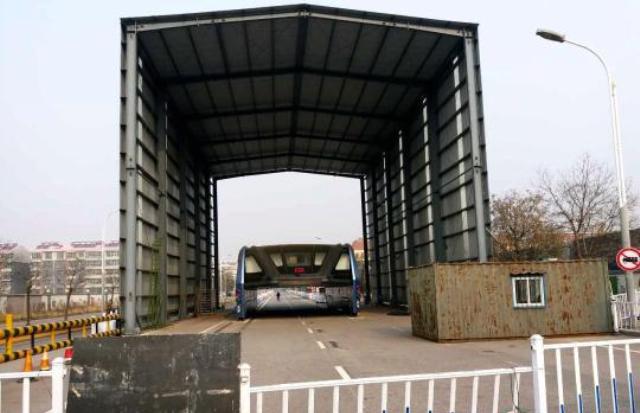 It turns out that shortly after the August media coverage over the TEB and its initial test, China’s state-run media identified the project as a scam. From there, the story plays out like a financial house of cards: investors began backing out and the TEB Technology Limited company has been drained of cash since November. One of the biggest investors to pull their funding, a wealth management firm in Beijing, has even gone under investigation for illegal fundraising. 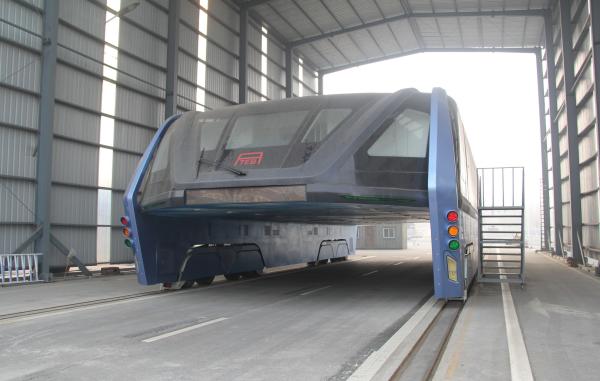 Adding to all this is the fact that TEB Technology still owes design firm Autek roughly $6.5 million in outstanding pay. The official website for the TEB project hasn’t even been updated since September 15th. And to top it all off, the prototype has been abandoned on a 300m stretch of functioning road, with local traffic having to squeeze onto one side. TEB Technology had leased the site for testing until August 31st, but the project’s managers have reportedly left the city, leaving no one to dismantle anything.

RIP, elevated bus, now you’ll never have the chance to prove to us if you were actually safe or practical in real-world use.